Is 2022 Over Yet?
Nothing interesting has happened yet, I want a refund.

Editor's Note by mapthor
Howdy y’all, welcome back to The Times! The past two weeks have been fun to say the least. While Build Battles returned and some fun tours took place, the best thing that happened was the addition of MCME’s first piece of modern art. I call it “The Great Divide.” Added by ex-Designer Patrick0901 a few days ago after Voxel went brrr, this brand new structure encompasses the entire map and cuts it in two. I know it’s gonna disappear soon, but I’m gonna enjoy it as much as I can. Regardless, I’m mapthor signing off till next week. 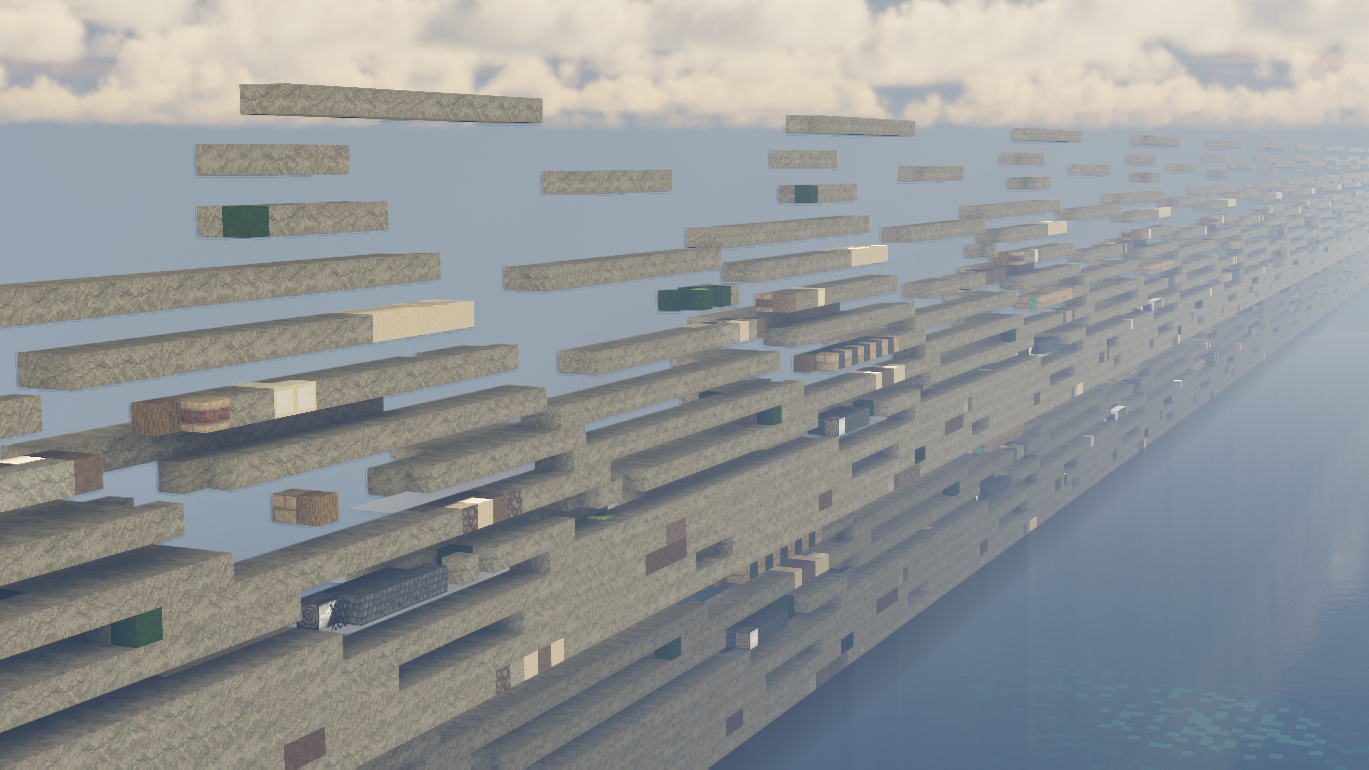 Progress has slowed over the Anduin. That being said, a lot of stuff is still happening in preparation for w0rld's vegetation jobs. The west bank near the Rammas saw some really lovely bushes pop up due to the dedicated Commoners aylalya, chipped_cherry, Jubo and Colophonia. Also, Osgo was wrapped up by maski and Stephen. Moving forward, be ready for some jobs 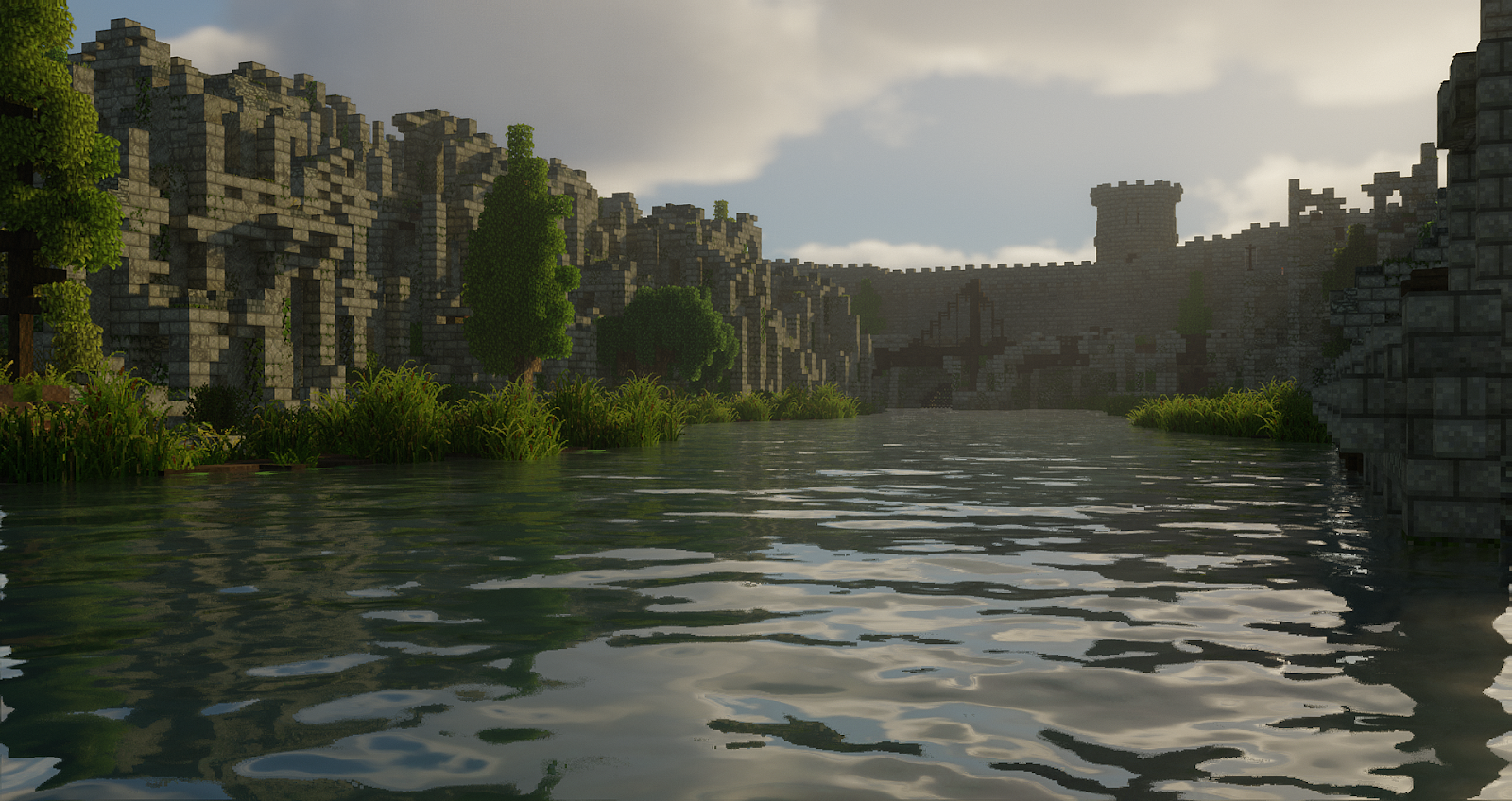 Two weeks has passed quickly yet again. The few final details for the last villages in the Pelennor have been built, and the surrounding fields are being filled out, the last work that needs to be done on the Pelennor being a few fields. In Osgo Fields, Badger has restarted work on the manor house, with Rudolphius helping by running a job on the fields. 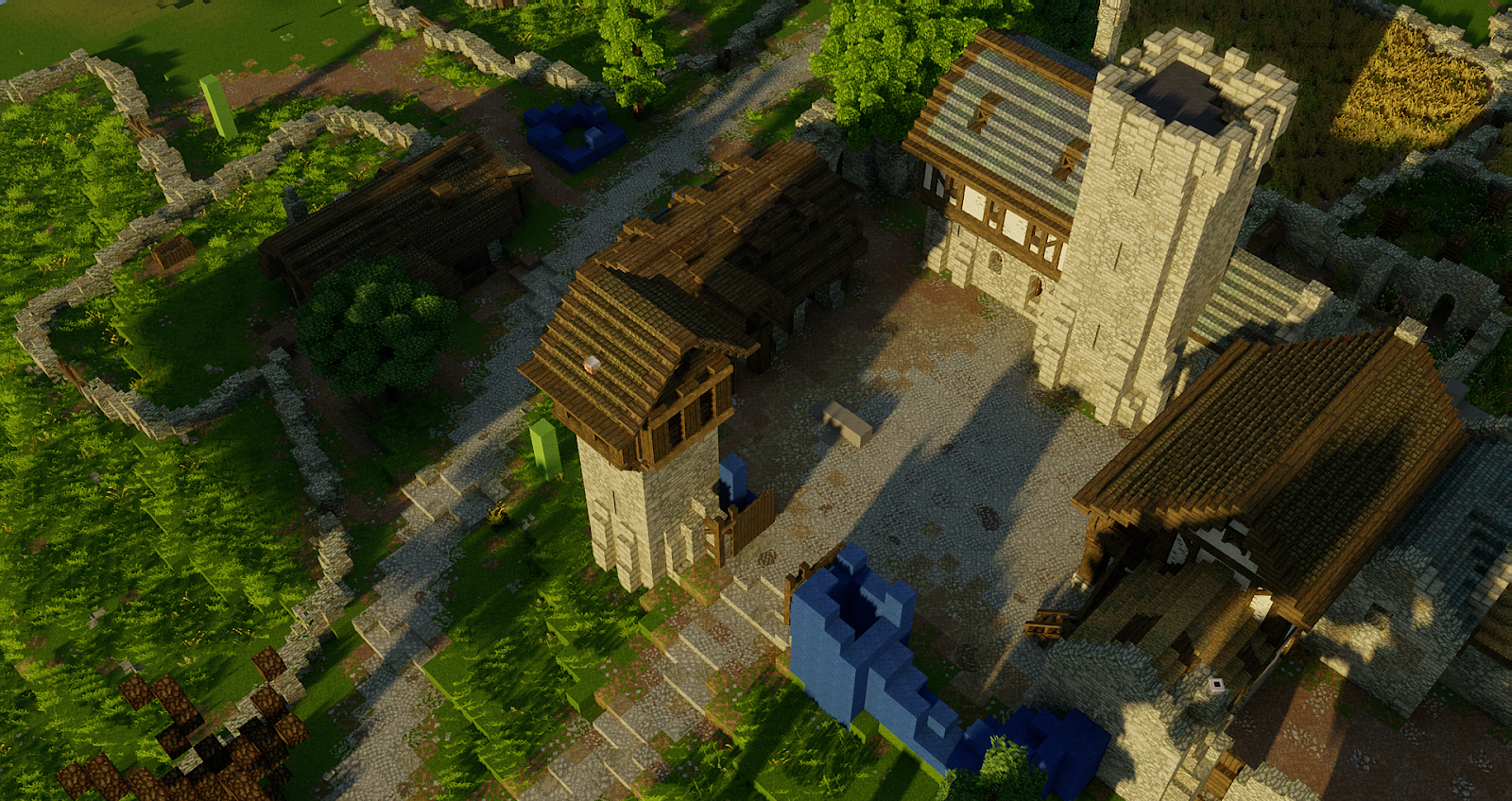 All building exteriors have been finished. Interiors are slowly but surely being completed in a series of plots. Look forward to jobs coming up soon for road work and street details. 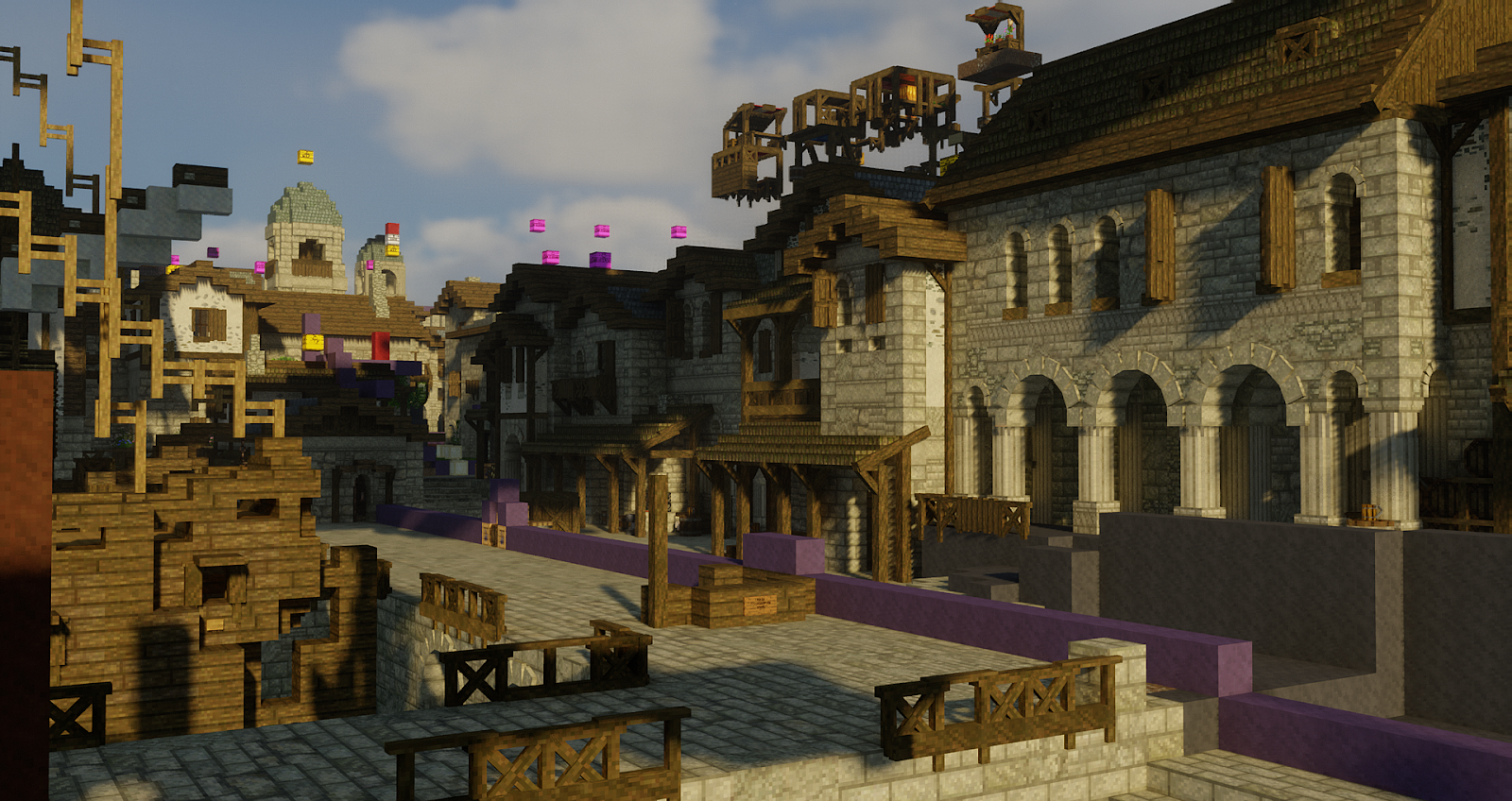 Progress has slowed a little bit recently as a new semester just began, though I have started working on some little undone areas here and there. Some plots might be able to be handed out for the Southern Harbor section at some point soon. 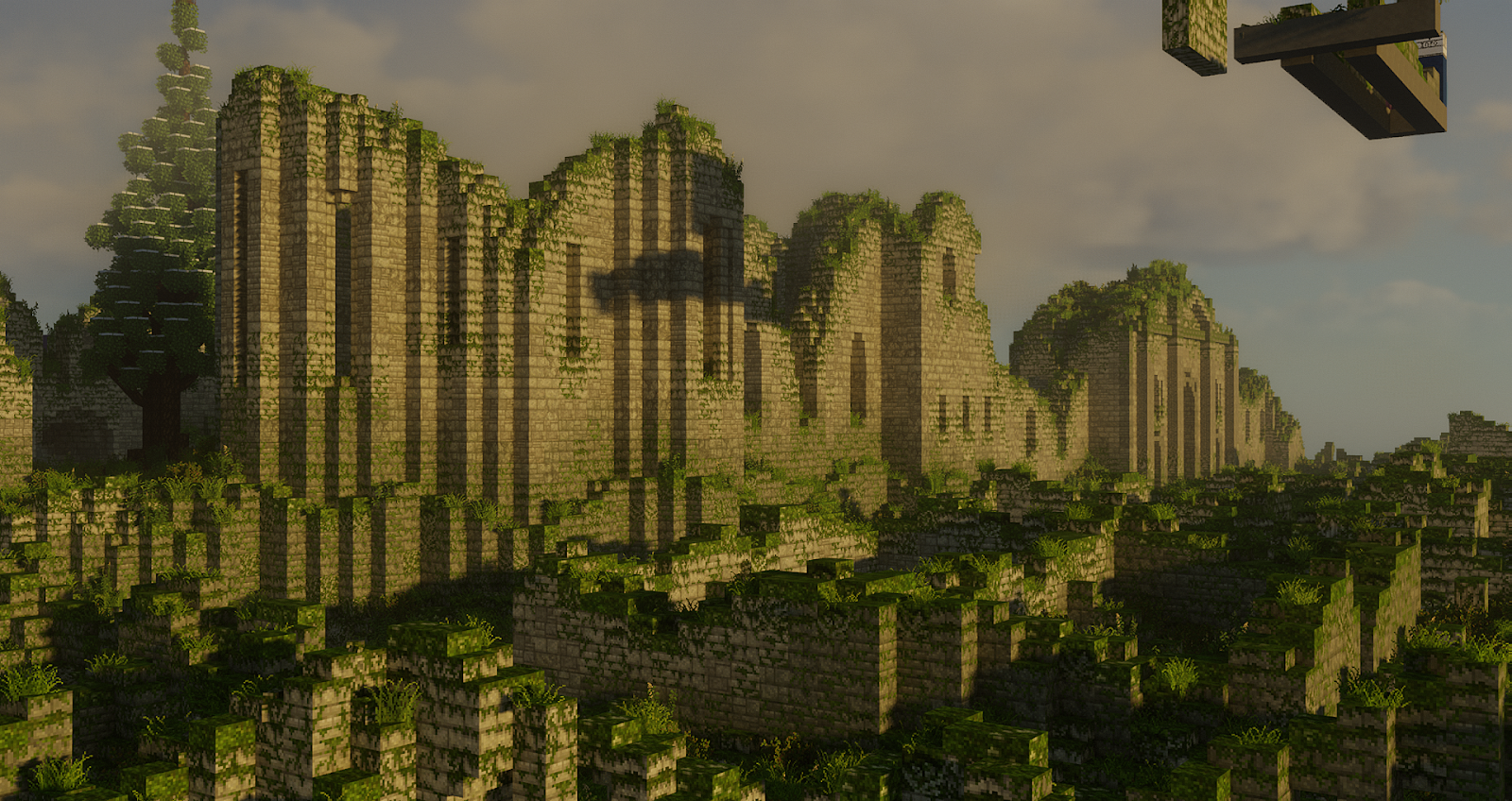 ~ Rank Updates ~
Report by Givet10​
Puffer404: We finally have a new Guide promotion, this time it's Puffer! He had a great trial period and showed that he's more than ready to earn this rank and get more even more involved in the community. Congrats and hope to see you in teal for a long time!
Promotion

Pausi: We not only have Puffer as a newly promoted Guide, Pausi joined him just minutes after! Pausi had already been on MCME for a while and even joined the Media Team to help with posters, now he'll also be touring and helping new players, so be sure to ask him any questions! Hopefully he won't say Guides are Staff anymore then Congrats Pausi!
Promotion

Rudolphius: We have one lucky person- Rudo has been promoted to Foreman without even running a trial job! The Designers forgot because it has been a while, but finally we have a new Foreman! Rudo has shown he's more than capable of running jobs and building cool stuff. Hopefully he won't bore you guys that much with his history knowledge in his jobs, but either way, congrats Rudo!
Promotion

Sevy689: Sadly there isn't only good news. Sevy has decided to step down from her roles of Manager, Staff, and Team. She has done an amazing job this past year leading the Media Team, helping a lot with videos, posters and a bunch of other things. Hopefully she'll still be around sometimes. Take care Sevy!
Resignation

When I'm through giving the Media and Video Team trainees their feedback and editing together videos, it brings me great happiness to take a look through the #screenshots channel to see what you all have been up to. Just know I don't go scrolling through it every two weeks or so to find Media Winners, I go through it every day if I can, it and #screenshot-feedback. So if ever you're worried, don't be! Know that Ginger is always watching. ...Y'know, the screenshot channels, not, y'know, you in real life or, well, anything like that, y'know, like, just the channels and... things... yeah. 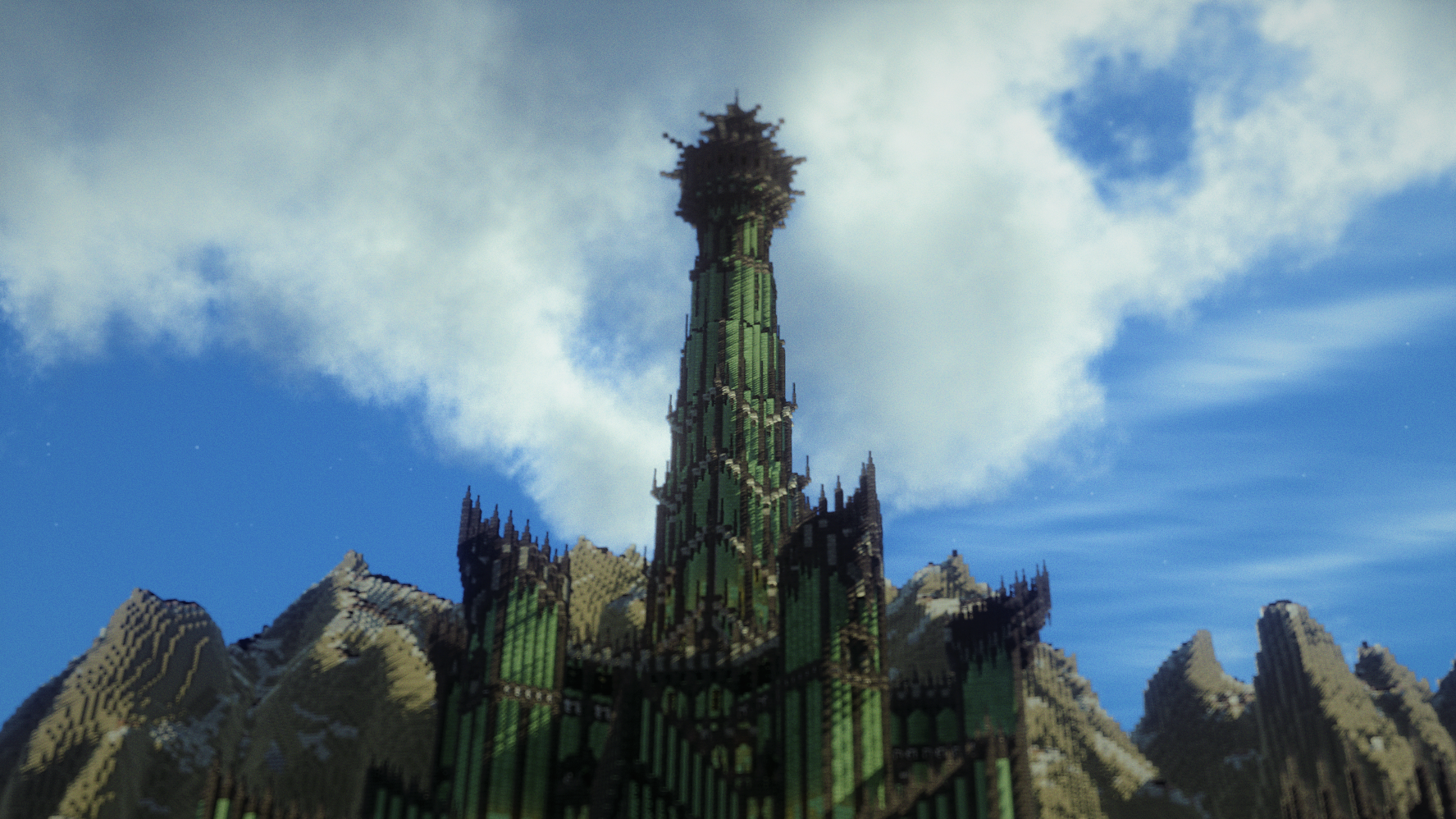 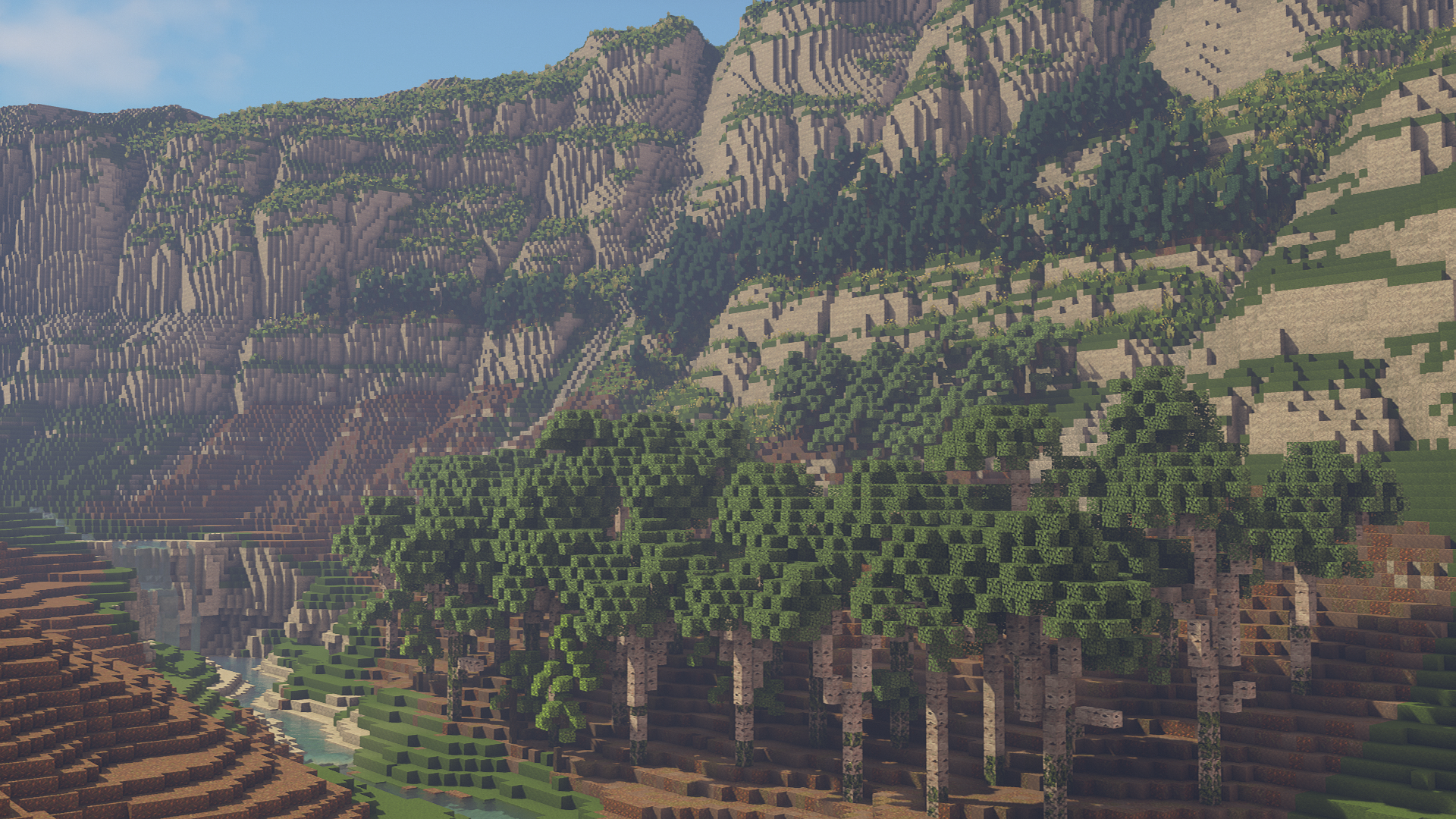 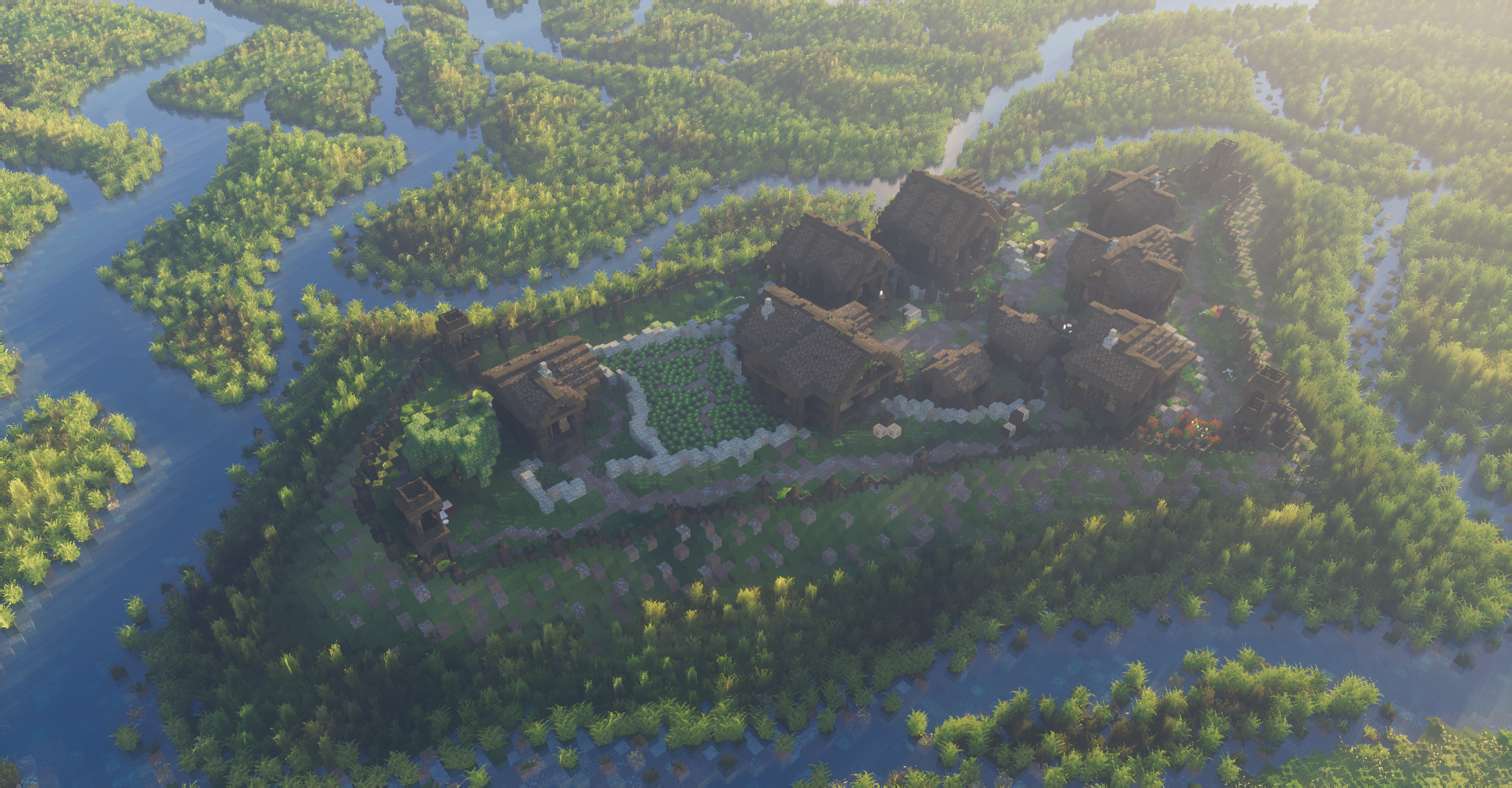 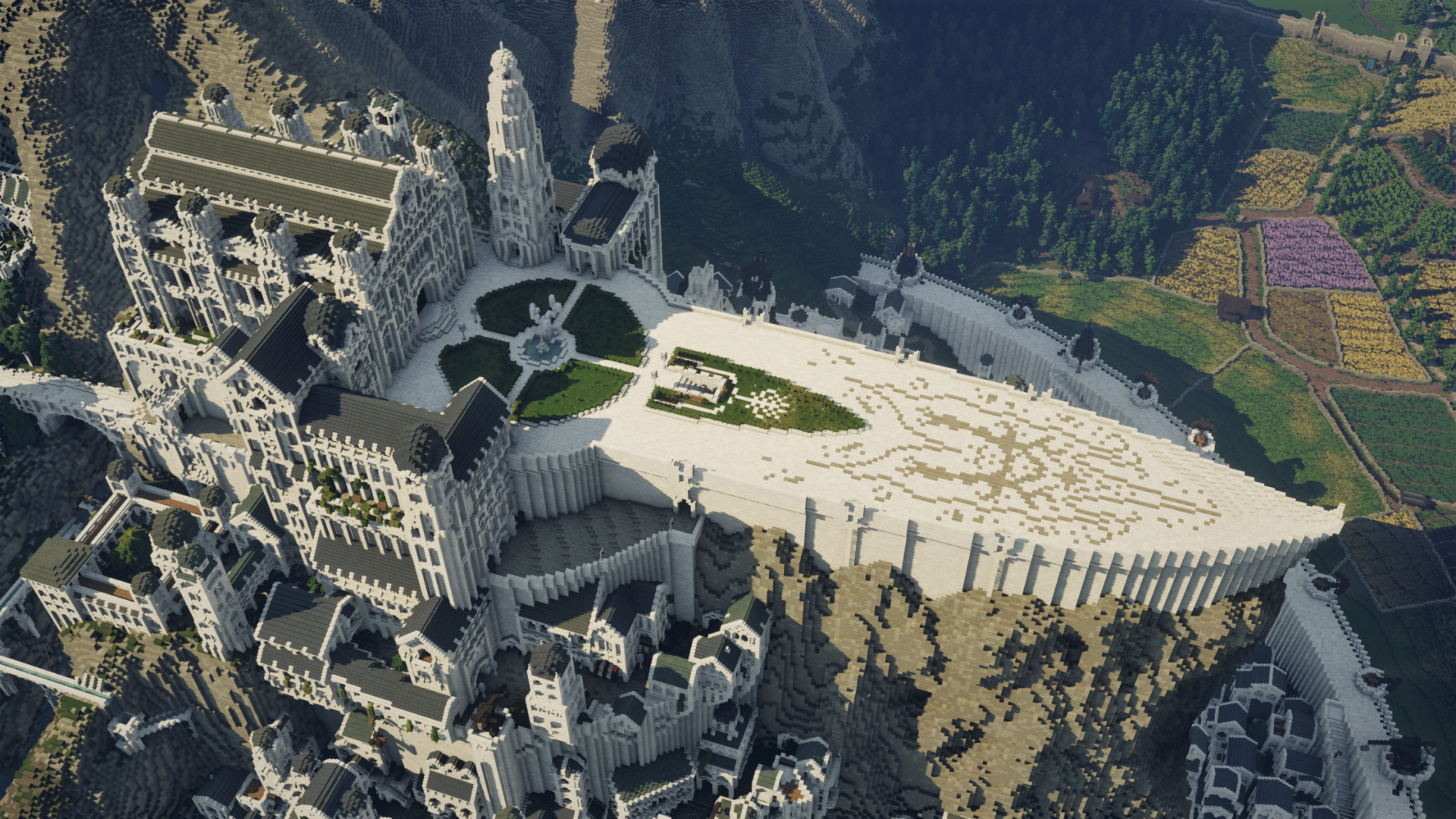 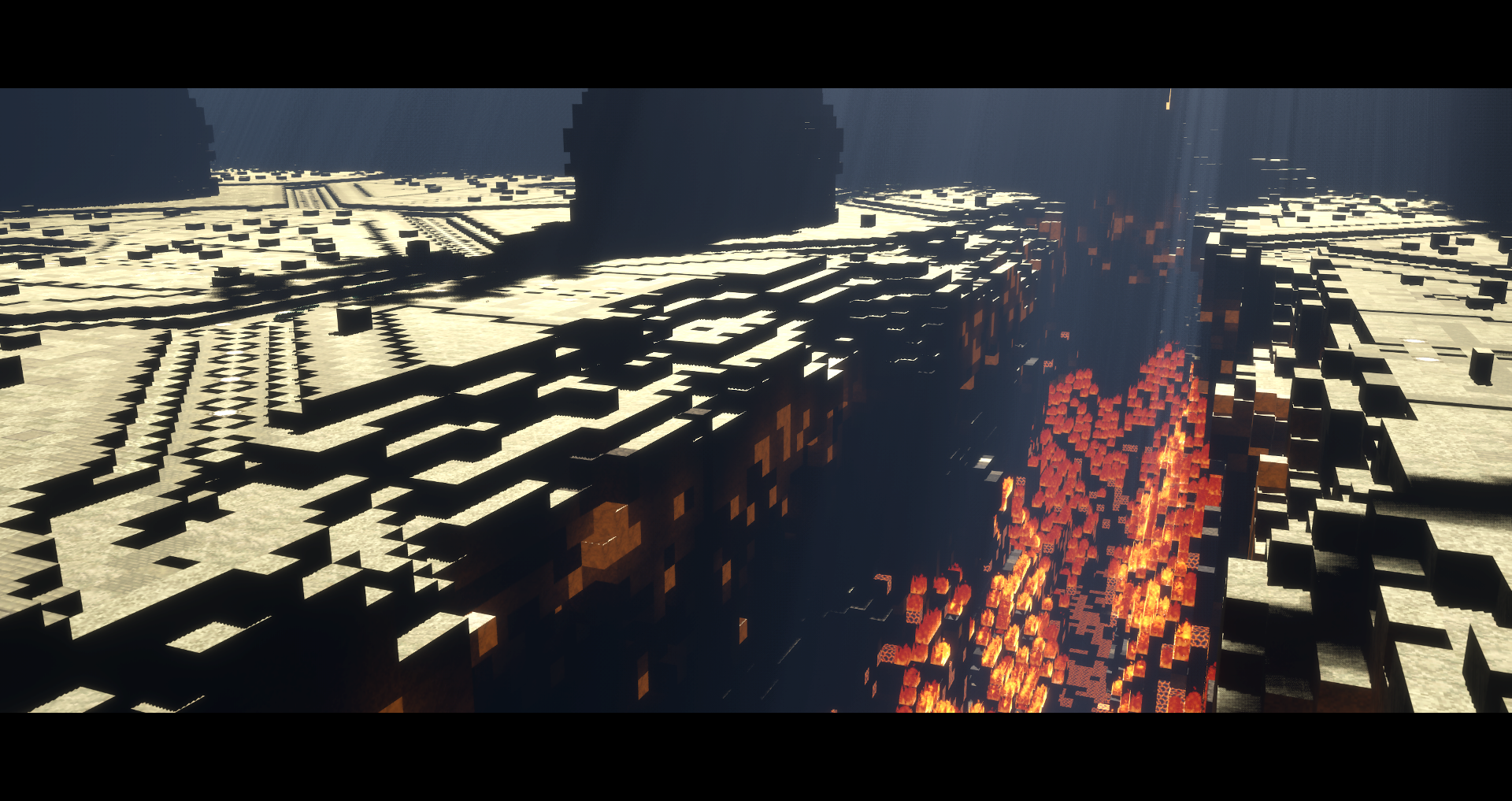 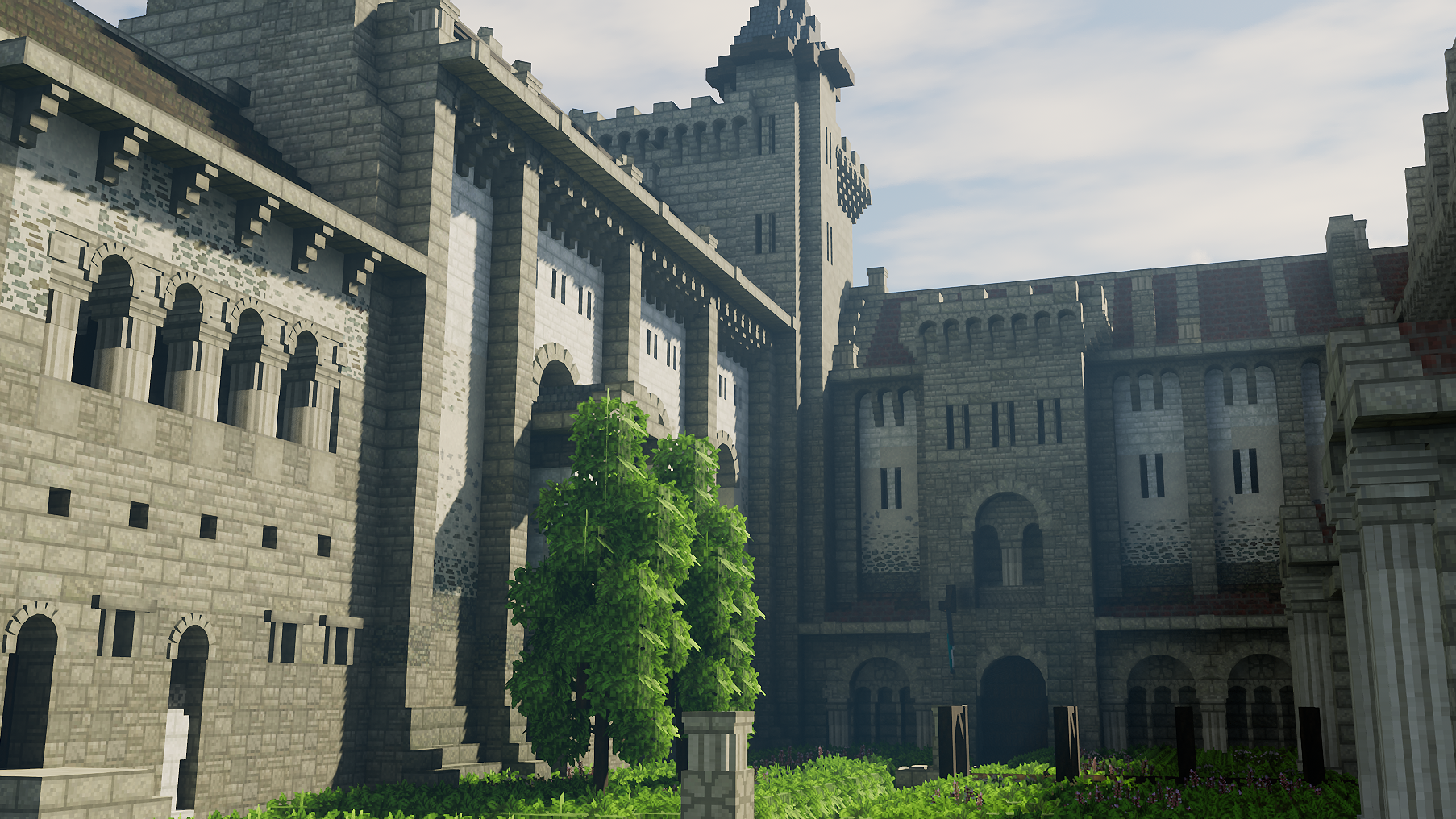 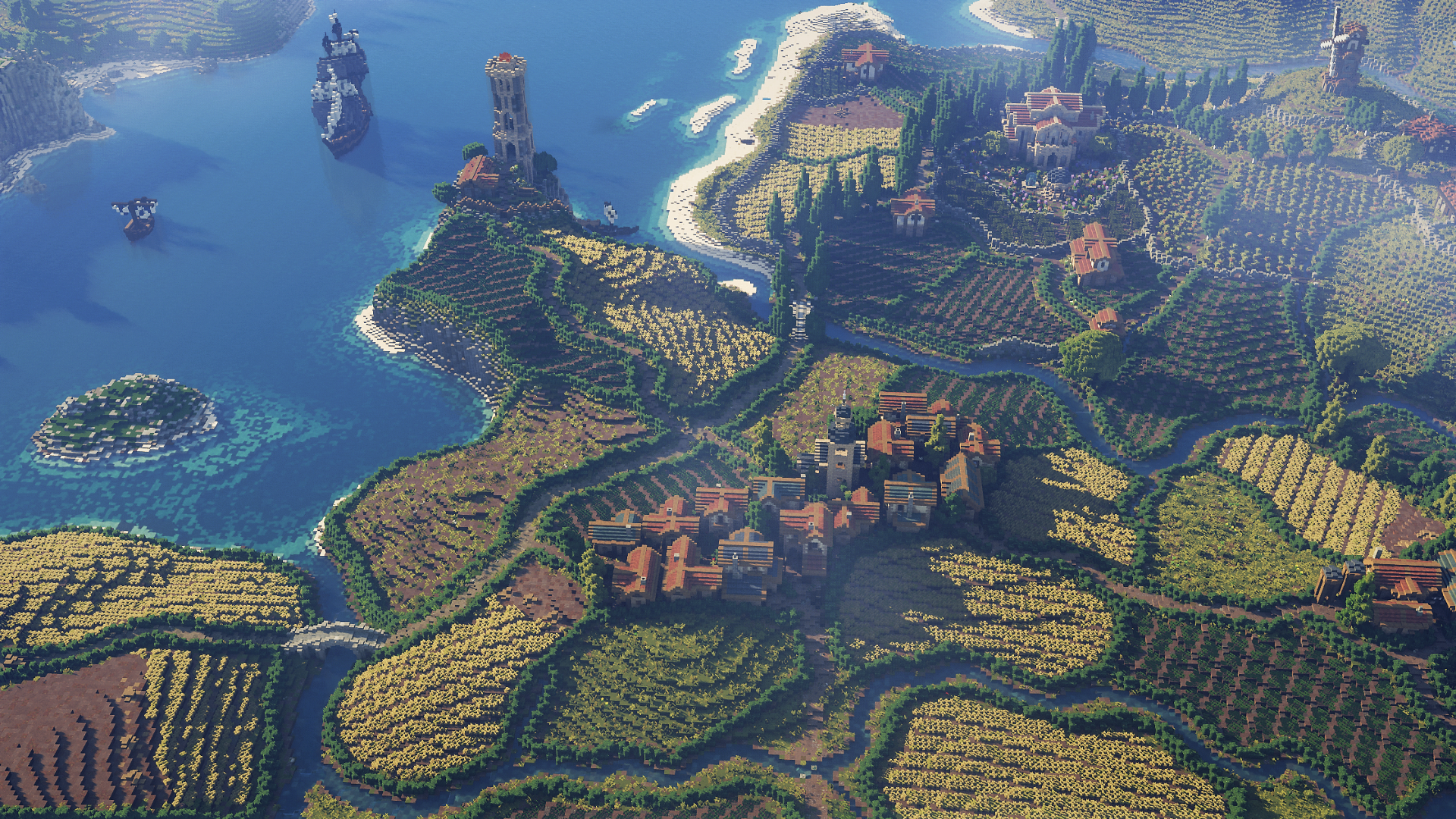 Special mention to L4ITINEN for his diagonal tomb. 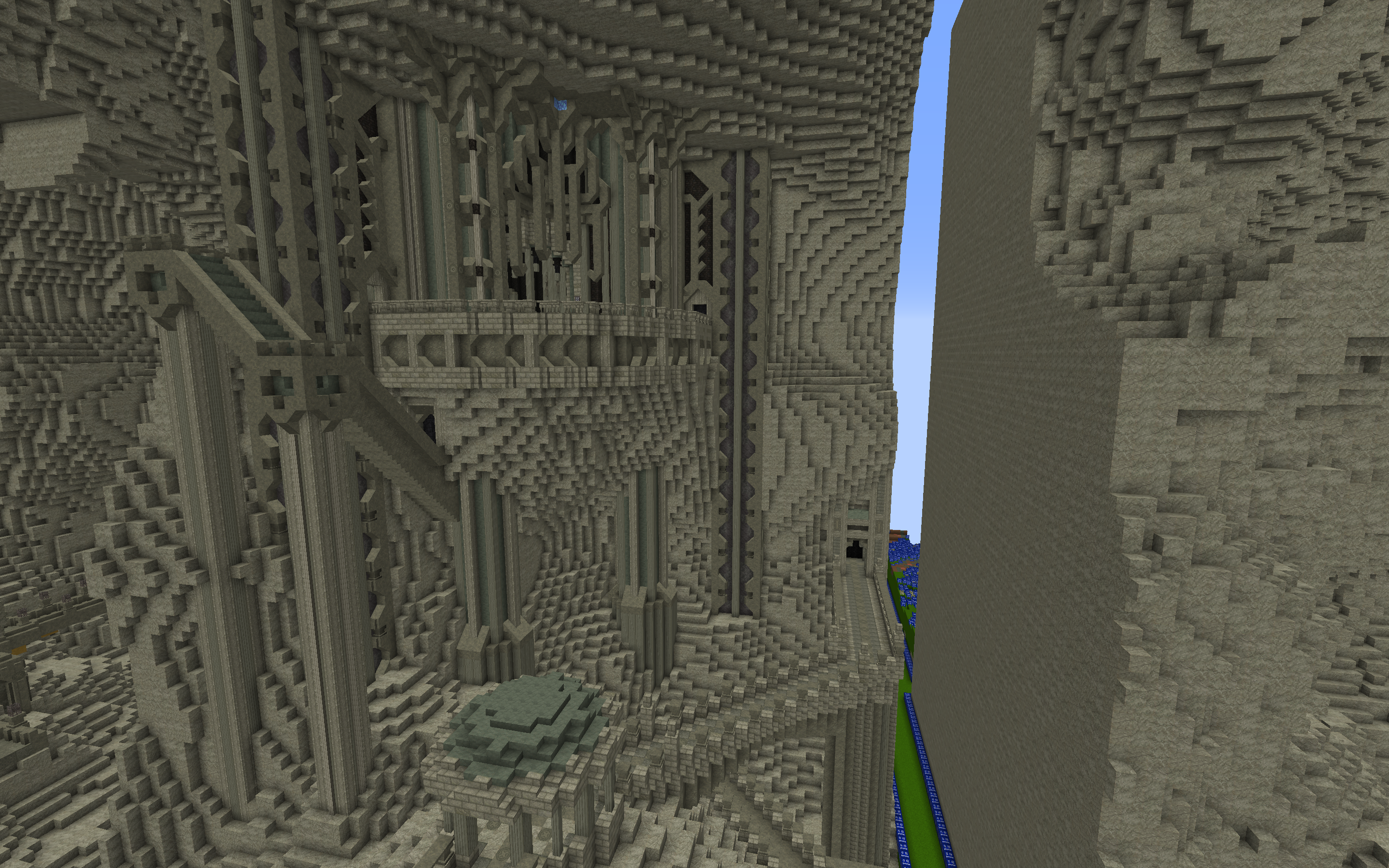 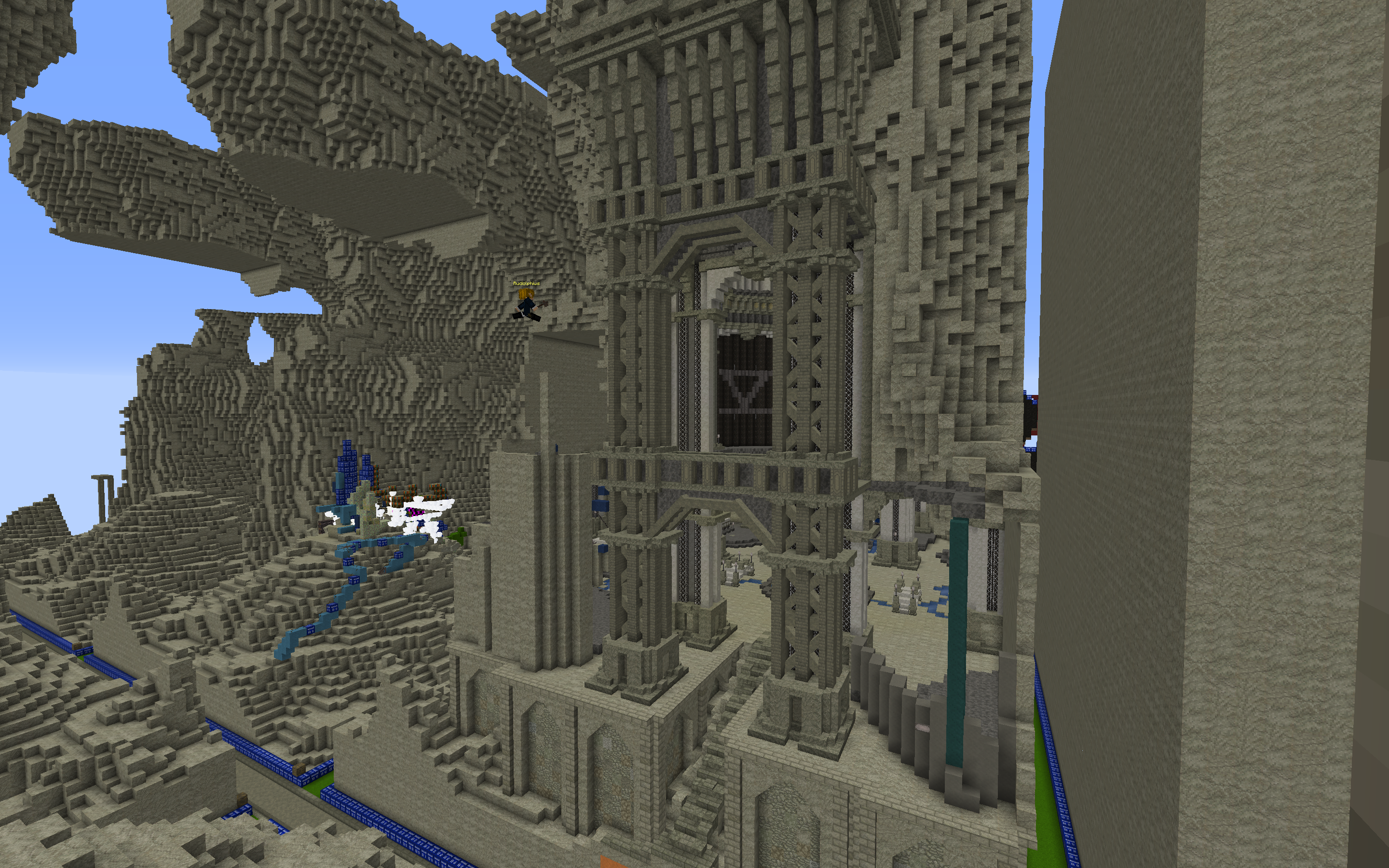 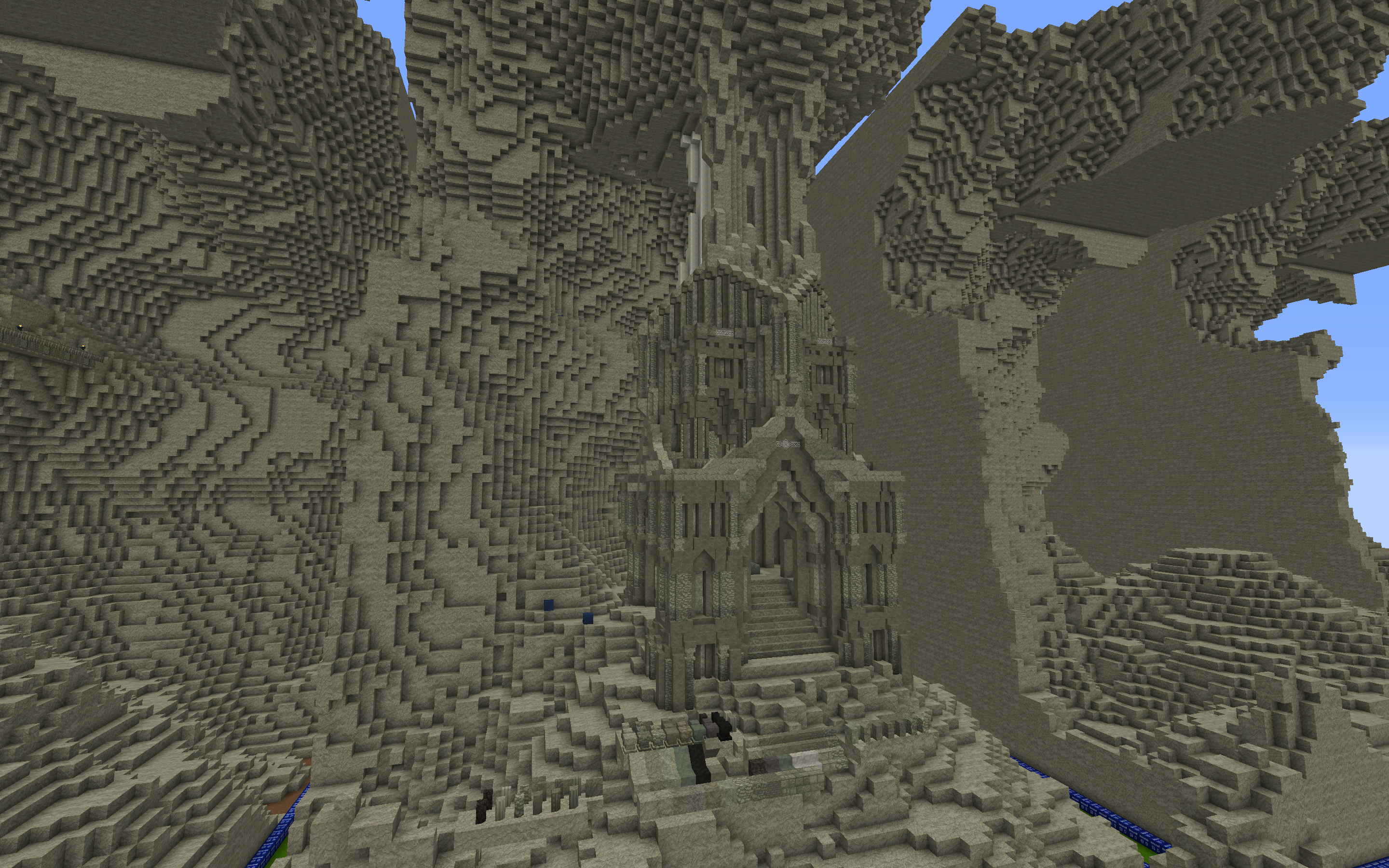 And our winner is PatinezPL_, congratulations! 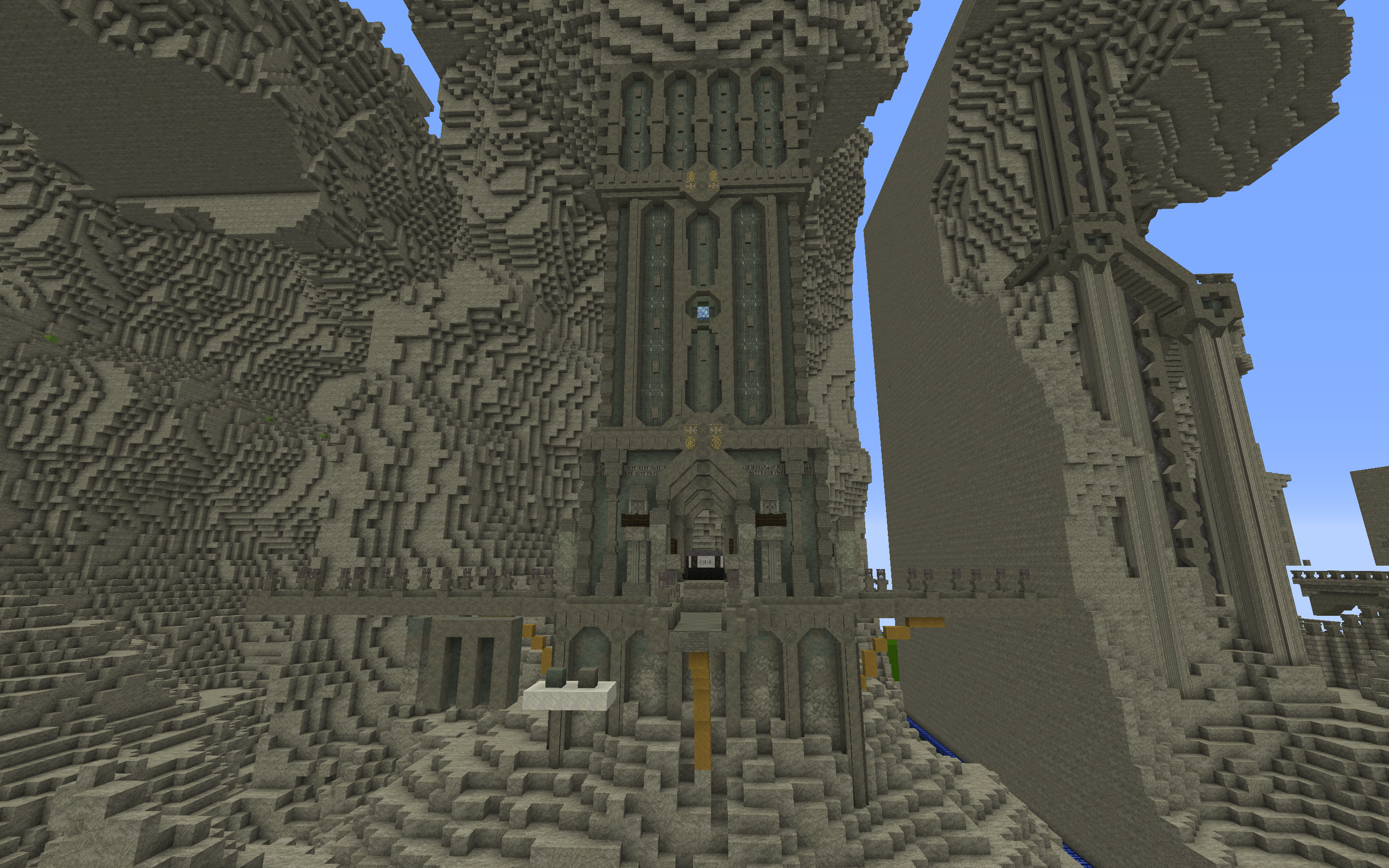 ~ Lore of the Week ~
​
The Long Winter:
Winter is coming? No! Winter is here! But fortunately, for most of us, it will not likely be as harsh as the Long Winter that took place in the Third Age of Middle-earth.

It was in November of the year T.A. 2758 that the bitter cold came down from the North and East and swept through Eriador, Minhiriath, and Enedwaith to as far south as Rohan, covering all the lands with ice and snow for nearly five months, until March of the following year. The toll was devastating, leaving many thousands dead from cold - and resulting in famines that killed many thousands more. Of particular note were the effects on events in Rohan and the Shire.

In Rohan, the situation was dire even before the coming of the Long Winter. Earlier in the year, the lands had been attacked in the east by the Easterlings, which led to an opportunity for invasion in the north-west by the Dunlendings under the leadership of Wulf, son of Freca. Wulf's invasion had succeeded in driving King Helm into hiding at the Hornburg (afterwards called Helm's Deep), allowing Wulf to slay Helm's son Haleth and usurp the throne in Meduseld. Shortly after, the Long Winter began, covering all the kingdom under snow and ice.

The effects of the cold were devastating to both the Rohirrim and their enemies, causing famine and hunger, and putting great strain on both their armies. In desperation, Helm's younger son Háma led a small force out of the Hornburg after Yule, against his father's wishes, and was never seen again. Helm, in the fury of his grief, took to going out alone to attack the camps of his enemies single-handedly. It was during one of these forays that he expired in the cold upon the Dike of the Hornburg, his frozen figure still standing in defiance and deterring his foes from attack. So died Helm Hammerhand, King of Rohan.

In the Shire, circumstances were far less violent, but no less grim and disastrous. The dreadful cold brought with it death to many thousands of hobbits, and the famine that followed in the Days of Dearth proved equally fatal. But the little folk of the Shire were not without hope, for it was in the days of the Long Winter that the wizard Gandalf first came to their aid, and grew fond of them in their most trying hardship.

Seeing the hobbits survive through the strength of their tremendous courage and compassion, Gandalf came to see that it was by these special qualities that hope lay in withstanding the greater evils to come. Eventually, this led to his choice of Bilbo Baggins for a task that would become the turning point in the history of Middle-earth in the final years of the Third Age. And so, once again, great good came of great misfortune, as is so often the case.

~ Question of the Week ~
​
This Week's Question:
What alarm signal was used to alert the hobbits of the coming of white wolves across the frozen Brandywine River during the Fell Winter of T.A. 2911?


Question:
In early drafts of The Lord of the Rings, why did the Ranger Trotter wear wooden shoes?

Correct Answer:
His feet were maimed in some way while being tortured in Mordor, where he had been captured and imprisoned while tracking Gollum.

I have been informed there is no closing statement, so I shall add one. @Smaug_Niphredil how the hell do you not like chicken nuggets? Like come on man, they’re a natural treasure! And uh, good job everyone on the Times


Quote from Goro Majima
“Right, wrong… Nobody’s got a clue what the difference is in this town. So I’m gonna have more fun and live crazier than any of ‘em.”

Manager · 24 · From New York, NY
Staff member Manager Moderator Donor
Another week of chaos on MCME.
congrats to all theme build winners and honorable mentions including the best medias<3

_Shen said:
a lot of stuff is still happening in preparation for w0rld's vegetation jobs​
Click to expand...

_Shen said:
What alarm signal was used to alert the hobbits of the coming of white wolves across the frozen Brandywine River during the Fell Winter of T.A. 2911?
Click to expand...

@ExeterKered
"At that moment, among the trees nearby, a horn rang out. It rent the night like fire on a hill-top. [...] The Brandybucks were blowing the Horn-call of Buckland, that had not been sounded for a hundred years, not since the white wolves came in the Fell Winter, when the Brandywine was frozen over."
(The Fellowship of the Ring, "A Knife in the Dark")
You must log in or register to reply here.
Share:
Reddit Pinterest Tumblr WhatsApp Email Share Link
Menu
Log in
Register
Install the app
Top