Editor's Note by Mapthor
G’day chaps, it’s time for another edition of the Times! As per usual, the past two weeks have been pretty quick apart from the fact that we might be moving to 1.18 soon! I know it’s crazy, but we’ll have to wait just a little bit longer until Eriol sorts out all the issues. In the meantime, take a quick peek at the new height limit increase as shown by our wonderful Designer Drao! 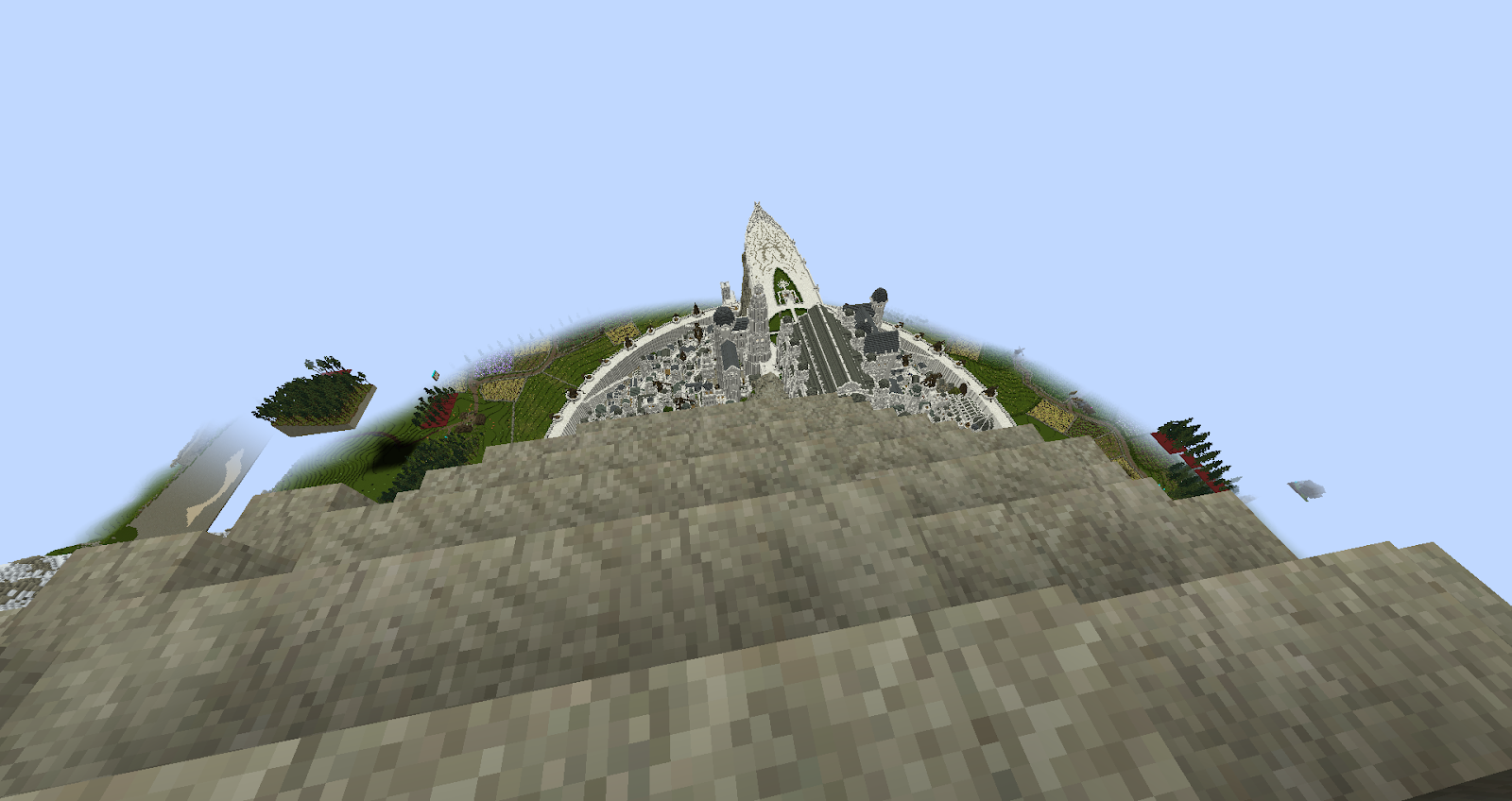 The time has come: two vegetation jobs have taken form on the east bank of the Anduin, during which American night Adventurers and Commoners tried their hands at bushes and small shrubs. Keep an eye out for more jobs and keep on trucking MCME. 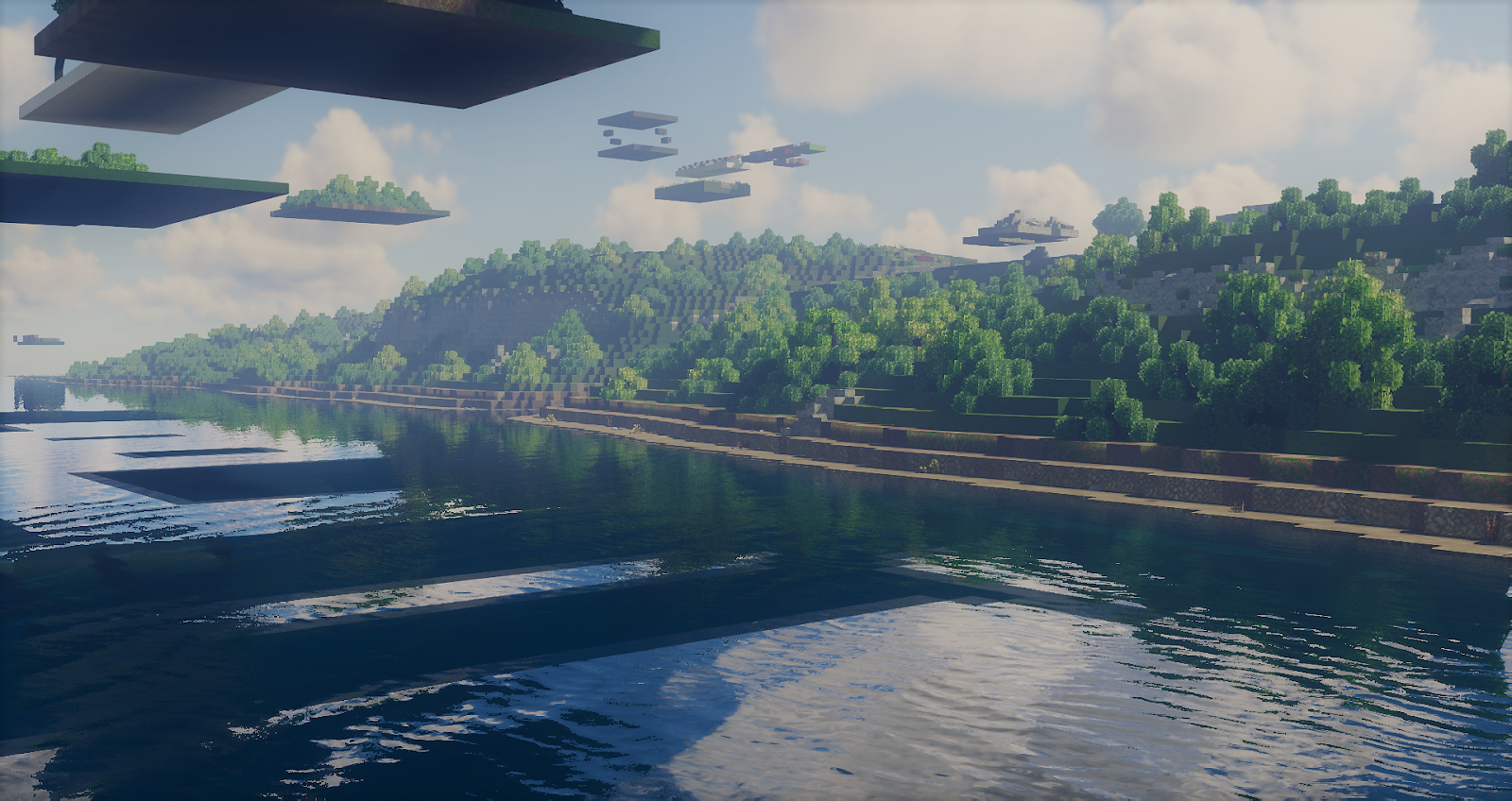 2 more weeks, the fields around Rudo’s village have been filled out due to the hardwork of Rudo and Green, special thanks go to Rudo’s WorldEdit skills. In the Osgo Fields, Badger has been filling out the fortified manor and it is coming along nicely. Across by Halifirien, Topcatflap has been colouring the rest of the hill giving it some long awaited details. Bohemian_Beetle also built a very nice beacon tender house for the final beacon. 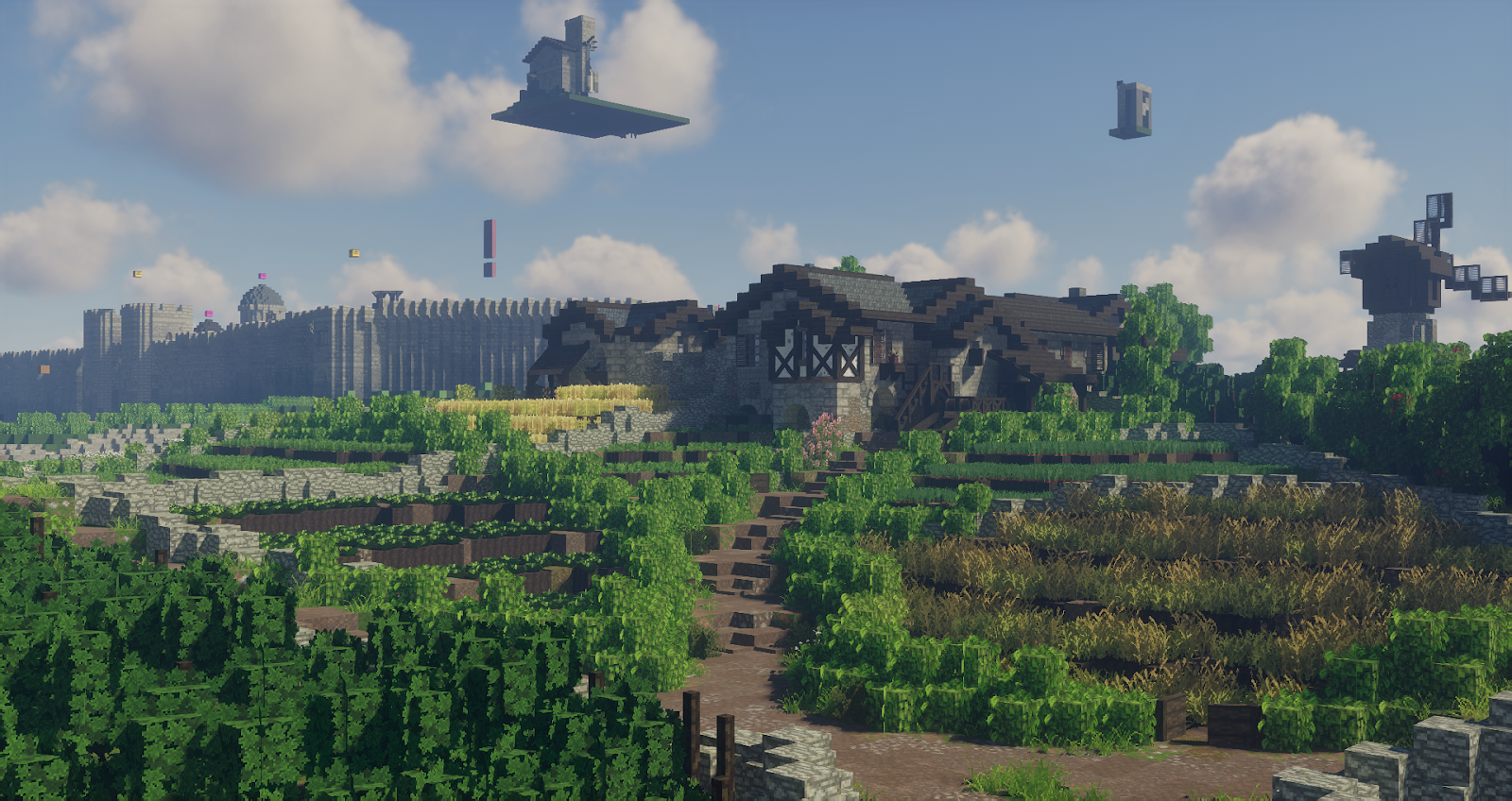 ~ General Announcements ~ ​
Become a Donor
Keeping MCME running is not free, every month we have to pay $265 to keep up all our work. Donations help us keep doing what we love and providing you with amazing builds to look at. Donations are not required but greatly accepted, if you want to help us in our feat of rebuilding Middle Earth in Minecraft you can donate here.
Viewing Donation Drive: Community Costs
Our Donors
#MCMEdoesnotrunitself


~ Rank Updates ~
Report by Givet10_​
Dahlfc: Incredible news! Dahl has finally gotten the rank of Artist after an astonishing 2.5 years! Will this server record of longest lasting Artist app ever be beaten? We'll have to find out, but congrats Dahl! Hopefully we will see lots of your amazing builds on the main map soon.
Promotion

NicovicTheSixth: Bad news, Nic has decided to step back from his rank of Manager after a few years of working on PVP plugins, other dev stuff and being part of the Staff Team. He'll now have the blue colour in his name and can focus even more on his studies, good luck and thanks Nic for the things you've done.
Resignation

Honorable Mention: Noice lil' silhouette shot of Weathertop. Rather like the sky myself. Shot by Dahlfc. 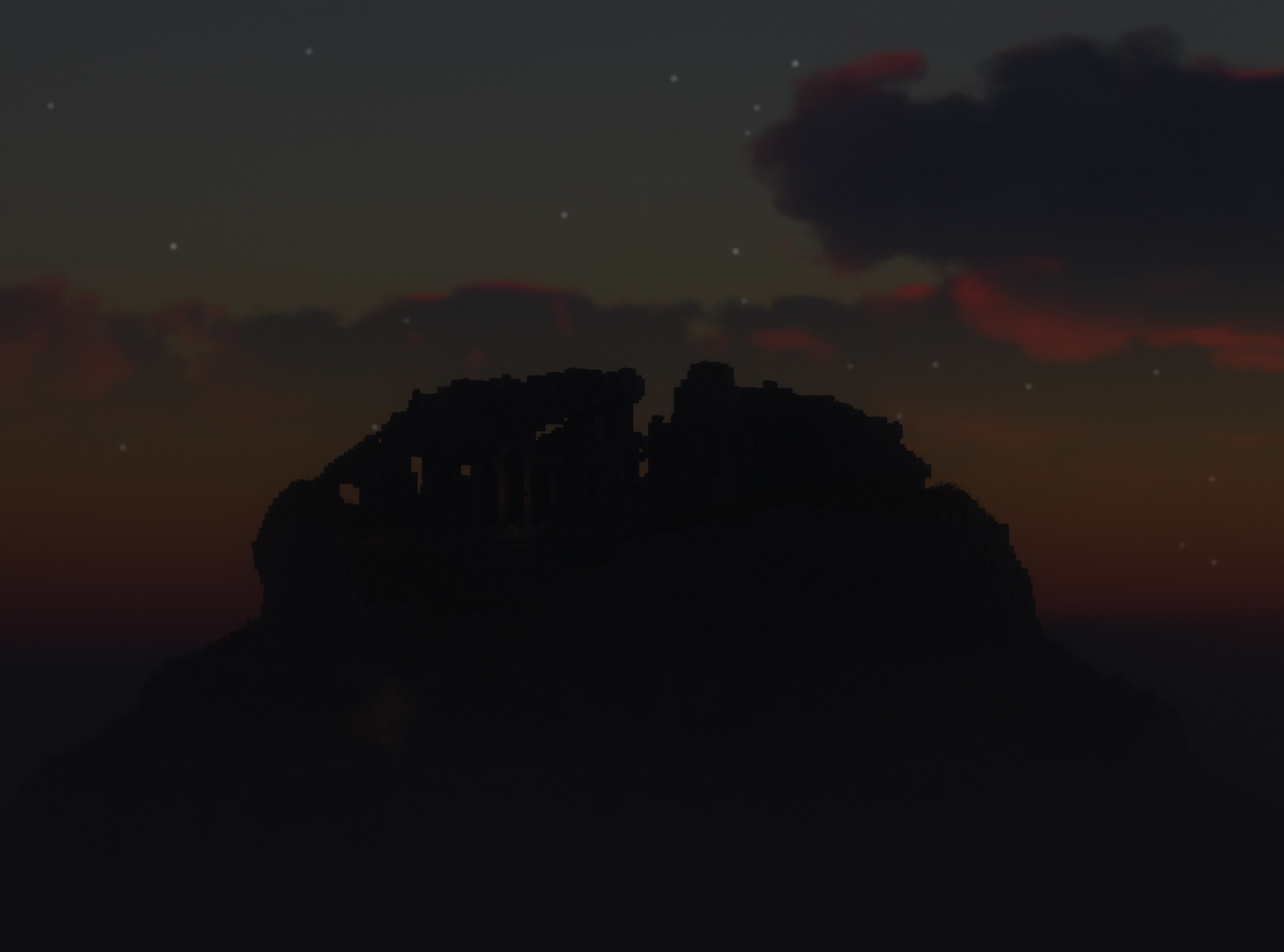 Honorable Mention: Too much fog for my liking, but the lighting and composition are nice. Shot by Rogue_Scholar. 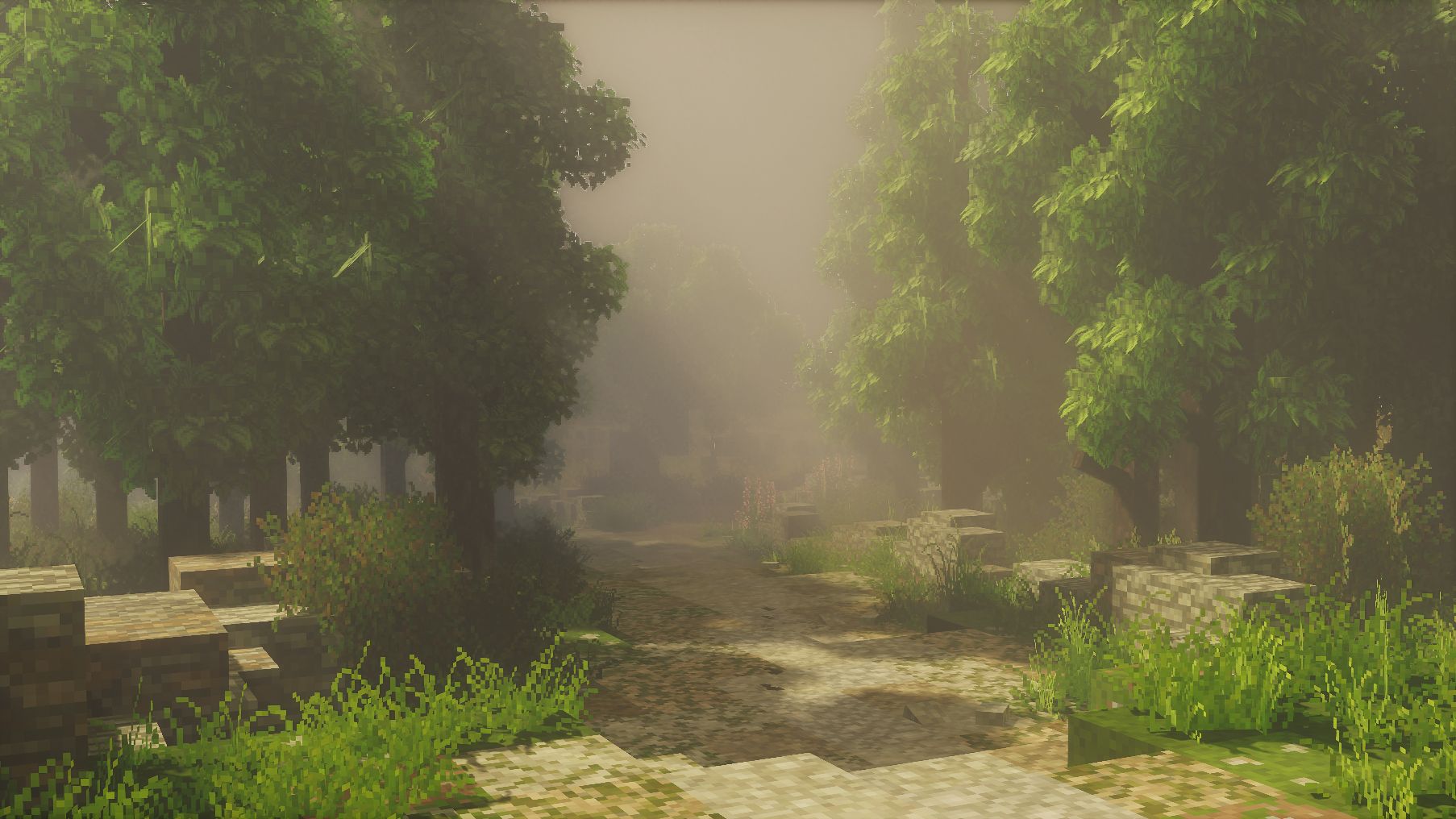 Honorable Mention: Good lighting and composition, though I feel it wouldn't have hurt to have increased the amount of shadowing on things a bit more. Shot by TitusTheBard. 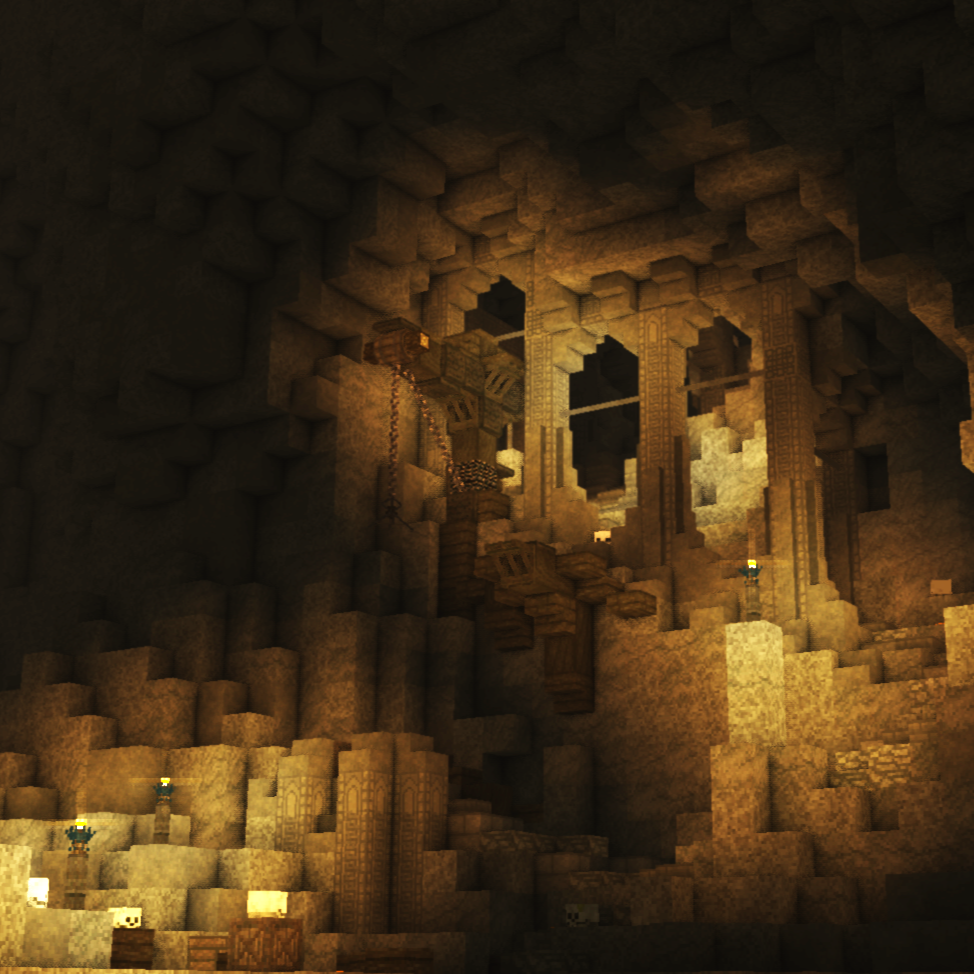 Honorable Mention: While the subtle fog editing might've worked for Rogue_Scholar in his other shot of Tolfalas, I don't really like it here. It's not bad, but it's fairly clearly edited in this time and in all corners. His lighting similarly, isn't my favorite. The composition, however, is very good, and the shot itself very original. 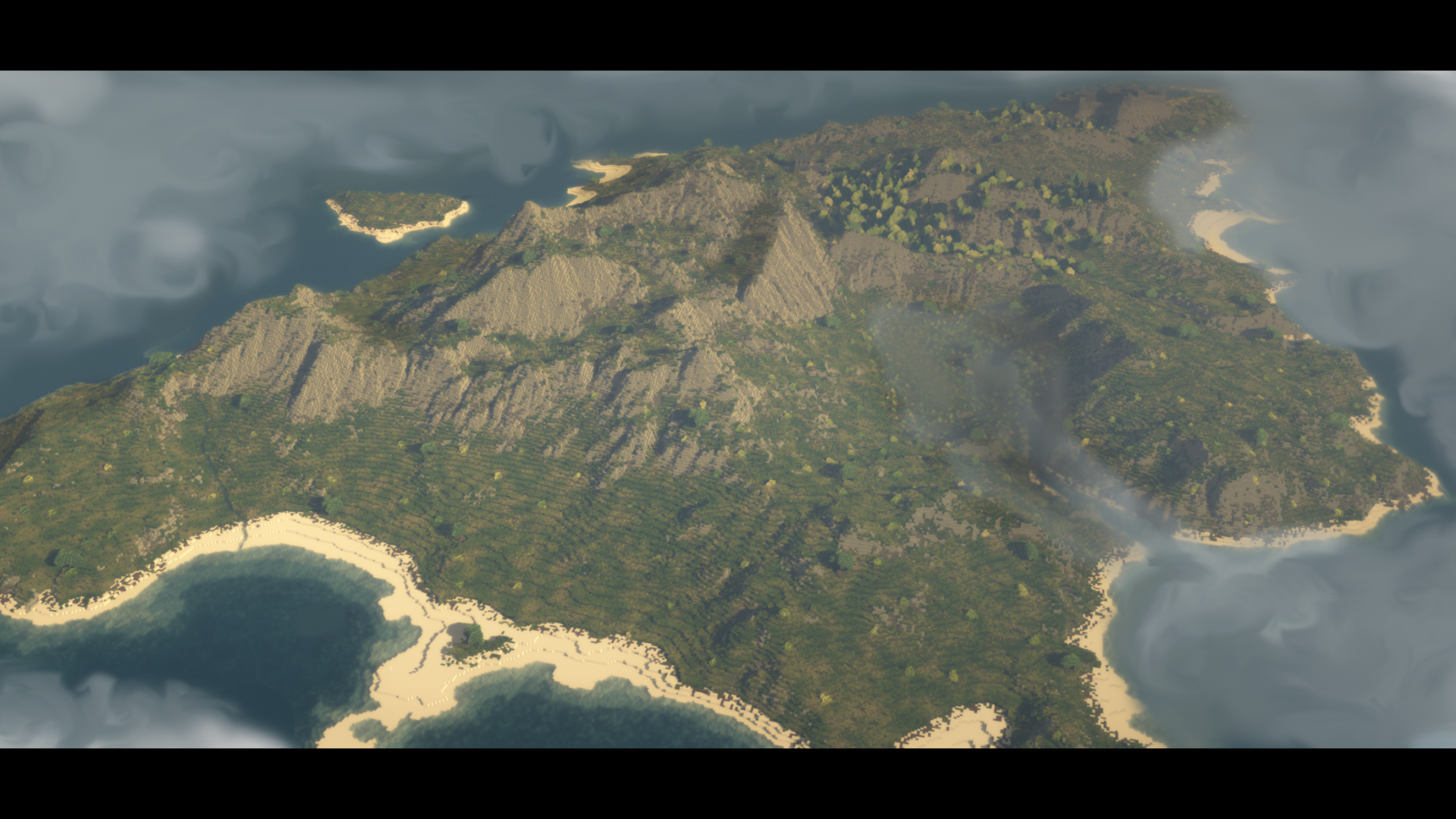 Honorable Mention: The core parts, lighting and composition, are good, with balanced lighting all around and an easy to spot focus. I can't stand how dark those shadows get, though, look far over edited. I may note the black line at the bottom edge of the screen, that's a sign that shadows were darkened too much in the editor. Shot by Bruceboy. 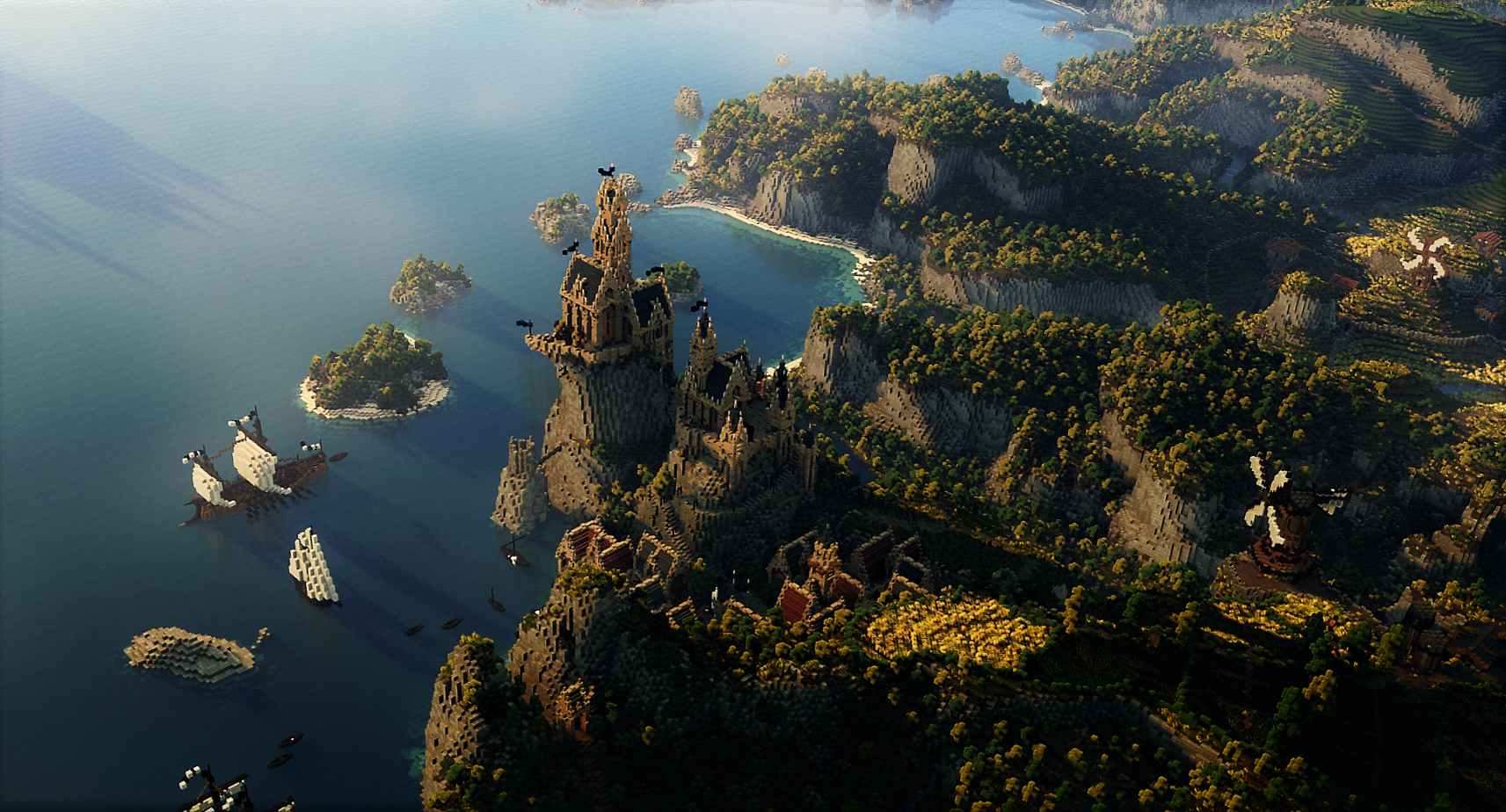 Media Winner: Much respect to Rogue_Scholar for taking the time to load all these chunks of Tolfalas. Love the lighting and composition. Tone's a bit too blue for my liking, but that's a relatively minor issue. Well done, Rogue!

When reading the stories from Tolkien's legendarium in their original English, it's easy to miss (or to forget) the fact that they're intended to be translations from another language entirely. As Tolkien explains in Appendix F of The Lord of the Rings, the writings were fictionally meant to have come to him from a distant past, written primarily in Westron (the 'Common Speech' of Middle-earth in the Third Age); and by means of his particular knowledge as linguist and philologist, Tolkien translated them into English 'as a history for people of today to read.'

Appendix F tells us that the Westron was a Mannish language, 'though enriched and softened under Elvish influence.' It originated with the speech of early Men; and after the influence of the Elves of Beleriand upon the Three Houses of the Edain, it evolved into the more noble Adûnaic, the speech of the island kingdom of Númenor. When the Númenóreans spread their culture back to Middle-earth, the Adûnaic was mingled with the earlier languages of lesser men, and became a Common Speech that spread through all the lands with which these Men of the West (or Dúnedain) had dealings. Further expanded by the Elven influence upon the Dúnedain, the Common Speech evolved into the Westron of the Third Age.

At the end of the Third Age, most of the Men (and Hobbits) in the lands that once comprised the kingdoms of Arnor and Gondor spoke Westron, though often in varying dialects. Tolkien represented these differing dialects of Westron, of course, by writing them in analogous dialects of English. But some Men in the north still spoke languages that were derived from the pre-Adûnaic language of the Edain. These people included the Northmen of Dale, the Woodmen of Rhovanion, the Beornings, and the Horse-lords of Rohan. Tolkien therefore 'translated' these other related tongues into Germanic languages akin to English, to show their relationship to Westron. As such, the language of Lake-town and Dale is represented by Old Norse (and consequently, so are the names of the Dwarves from that region); the language of the Rohirrim (as well as the Beornings and the Woodmen of Rhovanion) is represented by Old English; the common ancestral Northmen language of these latter three is represented by the historically earlier Gothic; and some older Hobbit words and names are represented by Frankish (to show their ancient relationship to the Northmen). [It should be noted here that, for those who read editions of Tolkien's works translated from the English, these variations of English dialect and linguistic relationships must inevitably (and unfortunately) be lost.]

But if the texts came to Tolkien primarily in the Westron, what then did the 'untranslated' writings look like? We can get a sense of them, because Tolkien of course created examples of Westron, or Adûni, as derived from his previously created Adûnaic language. For example, he gives us the Westron translations of names quite familiar to us, though their original forms may seem quite unfamiliar and strange. Instead of the English 'Rivendell', the Elvish name Imladris rendered in Westron was Karningul; the 'Shire' was Sûza; the Shire-folk's own word for 'hobbit' was kuduk (with the older but related Rohirric term being kûd-dûkan, rendered in Old English as 'holbytla'); Samwise Gamgee was actually Banazîr Galbasi; and Frodo Baggins was Maura Labingi, residing at Laban-neg ('Bag End'). Strange indeed!


~ Question of the Week ~ ​
This Week's Question:
What is the only word known to us in the language of Dunland, and what does it mean?


Question:
What alarm signal was used to alert the hobbits of the coming of white wolves across the frozen Brandywine River during the Fell Winter of T.A. 2911?

Correct Answer:
The Horn-call of Buckland

Did you know that Disney produces 27,000 heads of lettuce every year? I didn’t, but now you know


Quote by Vladimir Makarov
“Revenge is like a ghost... It takes over every man it touches... Its thirst cannot be quenched... Until the last man standing has fallen...”

_Shen said:
What is the only word known to us in the language of Dunland, and what does it mean?
Click to expand...

@ExeterKered Is it the Crebain? They are crows or ravens I think, though I don't know the exact meaning of the word
First time got second place ♥️

HyprNinja said:
@ExeterKered Is it the Crebain? They are crows or ravens I think, though I don't know the exact meaning of the word
Click to expand...

IRL the word craban was likely inspired by the reconstructed proto-Germanic *hrabnaz, from which come Old English hræfn and Old Norse hrafn, and later English raven.

IRL the word craban was likely inspired by the reconstructed proto-Germanic *hrabnaz, from which come Old English hræfn and Old Norse hrafn, and later English raven.
Click to expand...

You know, I never made that etymological connection between crebain and raven, and I'm kicking myself for it!

ExeterKered said:
You know, I never made that etymological connection between crebain and raven, and I'm kicking myself for it!
Click to expand...

I am no genius in this regard, I just remembered seeing it mentioned on Eldamo a while ago (though admittedly the proto-Germanic form cited there is... odd...).
I don't remember the word in Dunlandish, but I do know what it means: "straw-head" the Dunlander word for the people of Rohan on account of their yellow hair