Delays!
Today is definitely a Sunday!

Editor's Note by Mapthor
Welcome back ladies and gentlemen to the MCME Times! Like the title says, today is definitely a Sunday! No delays in this household. Regardless, the past few weeks have been a trip with the Easter Events being capped off by our amazing Guide and Events team. While I may have gotten scammed with my “fake” pineapple pizza, we all had a fun time. Next up is the Summer Events and hoo boy they are fast approaching. I’ll see you then

Another quiet Fortnite on the Anduin. Except I guess for the first build day in a year and the completion of the Harlond to Osgo section. In all fairness though a ton has been done and we couldn't have done it without the ceaseless spam of Adventurers, Commoners, and Team Members last Wednesday. Big shoutout to w0rldunder, maski98, EffieFrog, and TheStephen who organized it. The river bed has been laid and shaped from marble hill to Pelargir as well as the shorelines cliffs and tributaries. Also we were able to finish off the last vegetation south of Osgiliath. All in all great week for server progress. 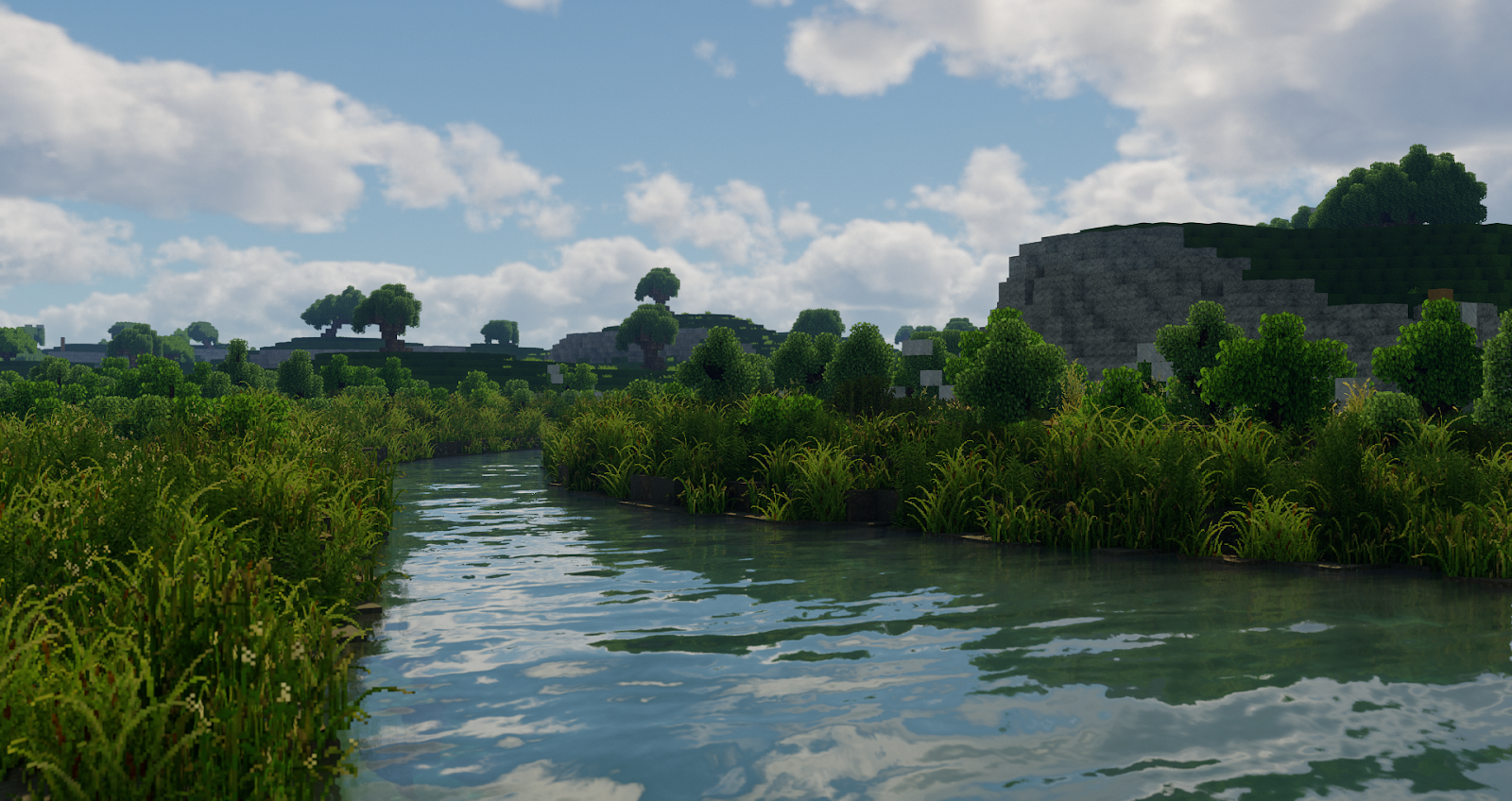 RP D has been blessed with a resource pack update! Delightful! We now have snow (!) grass (!!) and BUCKETS (!!!) There are also a few more nice building blocks to look out for, so be sure to have a rummage through the custom inventory. All this has been so we can update the exterior of Moria East Gate, which can now be viewed in RP D. Hypr ran a job this week to smooth the First Hall, and it is very near to completion.


~ Rank Updates ~
Report by Givet10_​
EffieFrog: With great sadness I have to announce that Effie will be resigning from her role as Fore(wo)man. We'll never forget all the work she's done for the projects on the server and her classic jokes and uwu's. Luckily this isn't a full goodbye, she'll still be here to work on videos for the Video Team and making amazing textures with the Texture Team. Thanks Effie for everything you've done and see you around!
Resignation

D3rr3x: After almost 2 years of being Guide, d3 has decided to step down from his role as Guide. He might be back in the future, but he'll like a full break from everything Guide/Team-related now. Thanks for everything you've done Derrex, don't be gone for too long!
Resignation

Honorable mention to Bruceboy55 for this beautiful sunset over the mouth of the Anduin, I can honestly say, one of the best shots I've seen of this location. 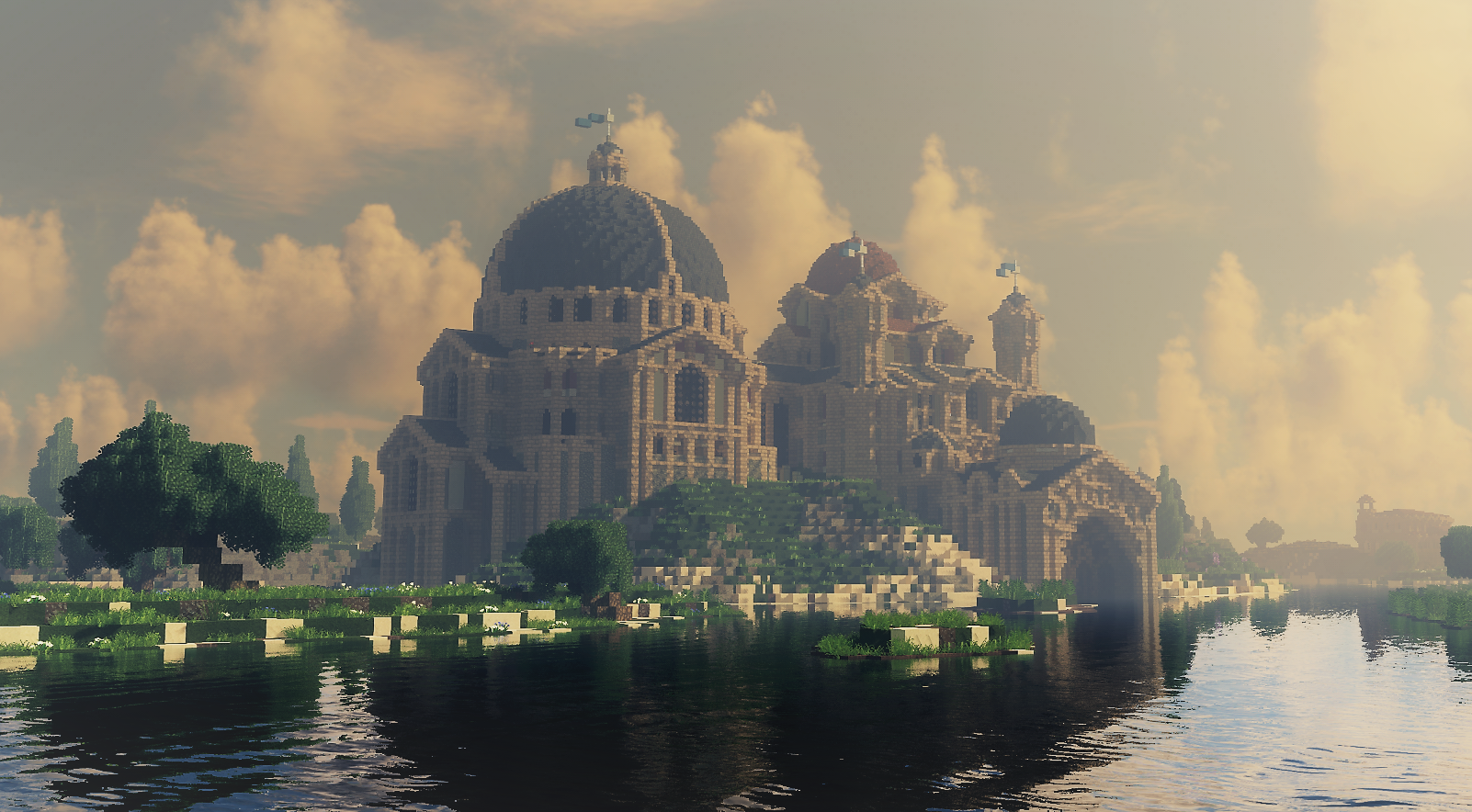 Honorable mention to the fishiest of Foremen, FoolhardyFish, for this shot of Tolfalas, seems like a great spot to check out the wildlife. 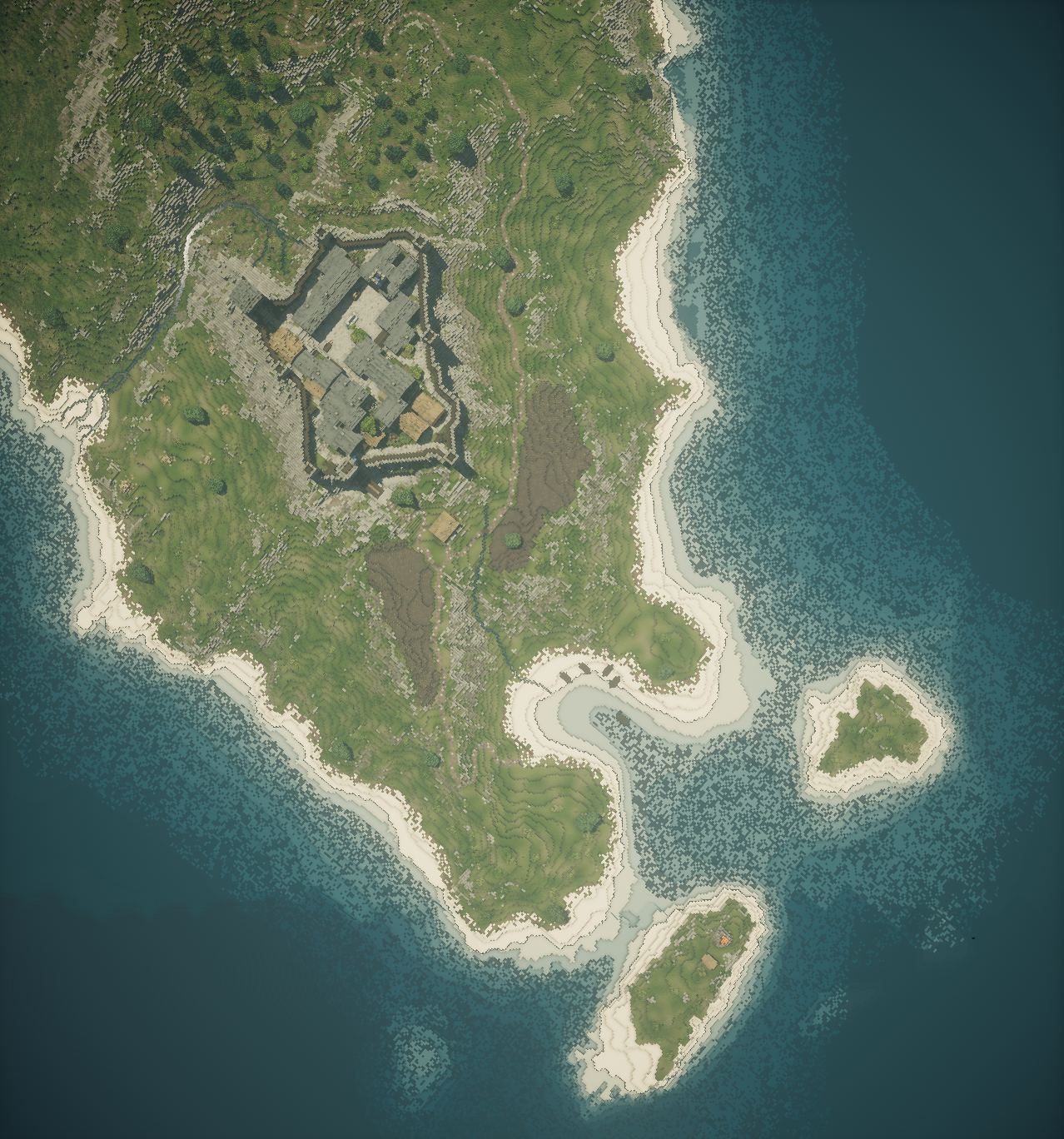 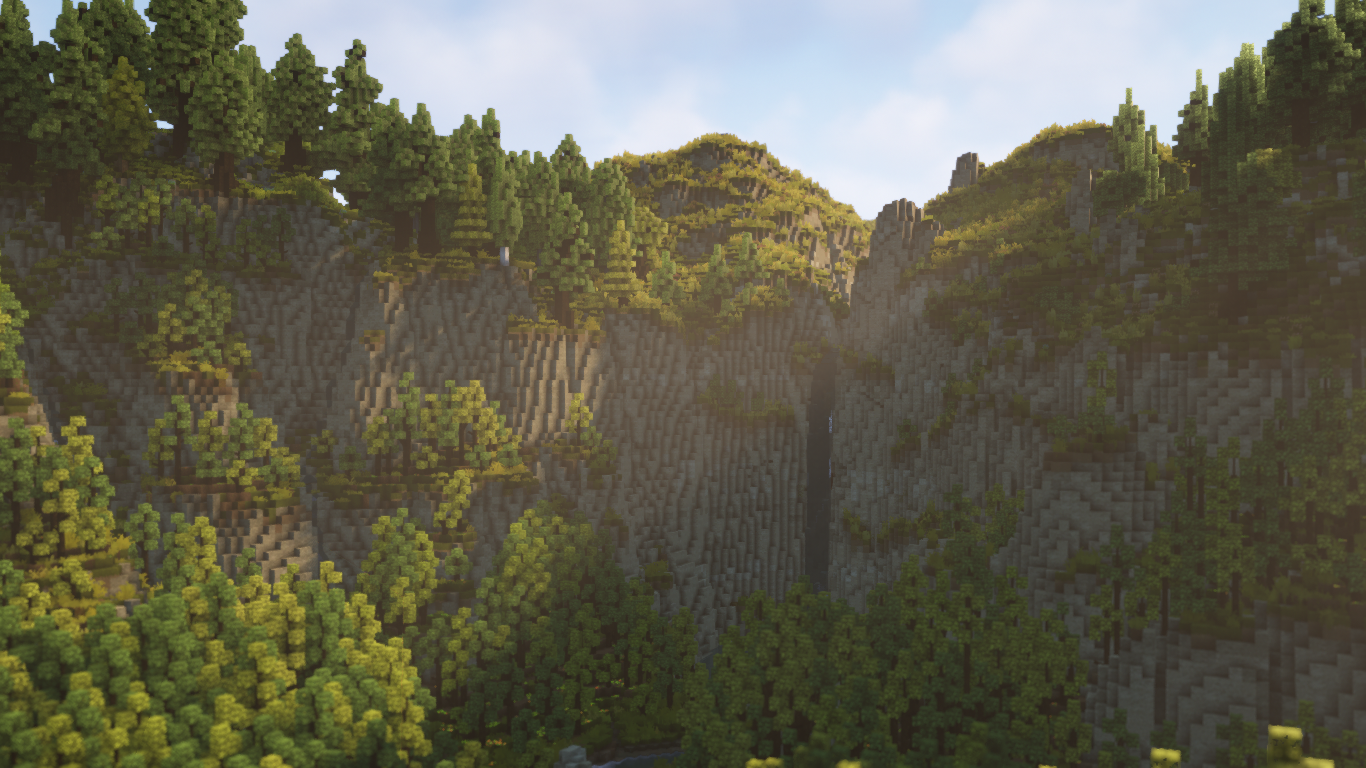 Honorable Mention to Tedo, a rainy Lond Daer afternoon, for only 99yen (Dutch tilt not included).

Honorable mention to Jonatanknalle, for bringing out the gold in Goldarce. 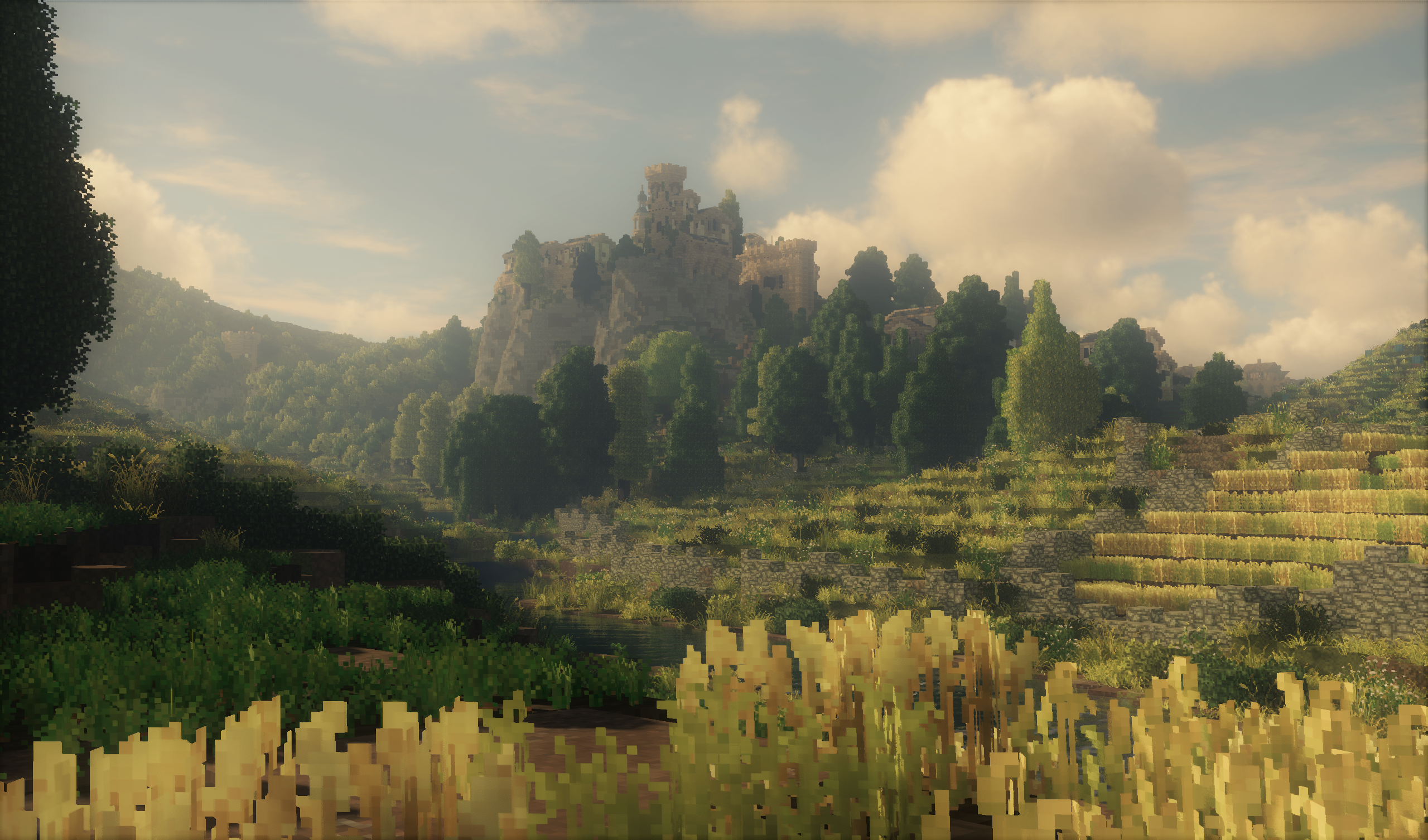 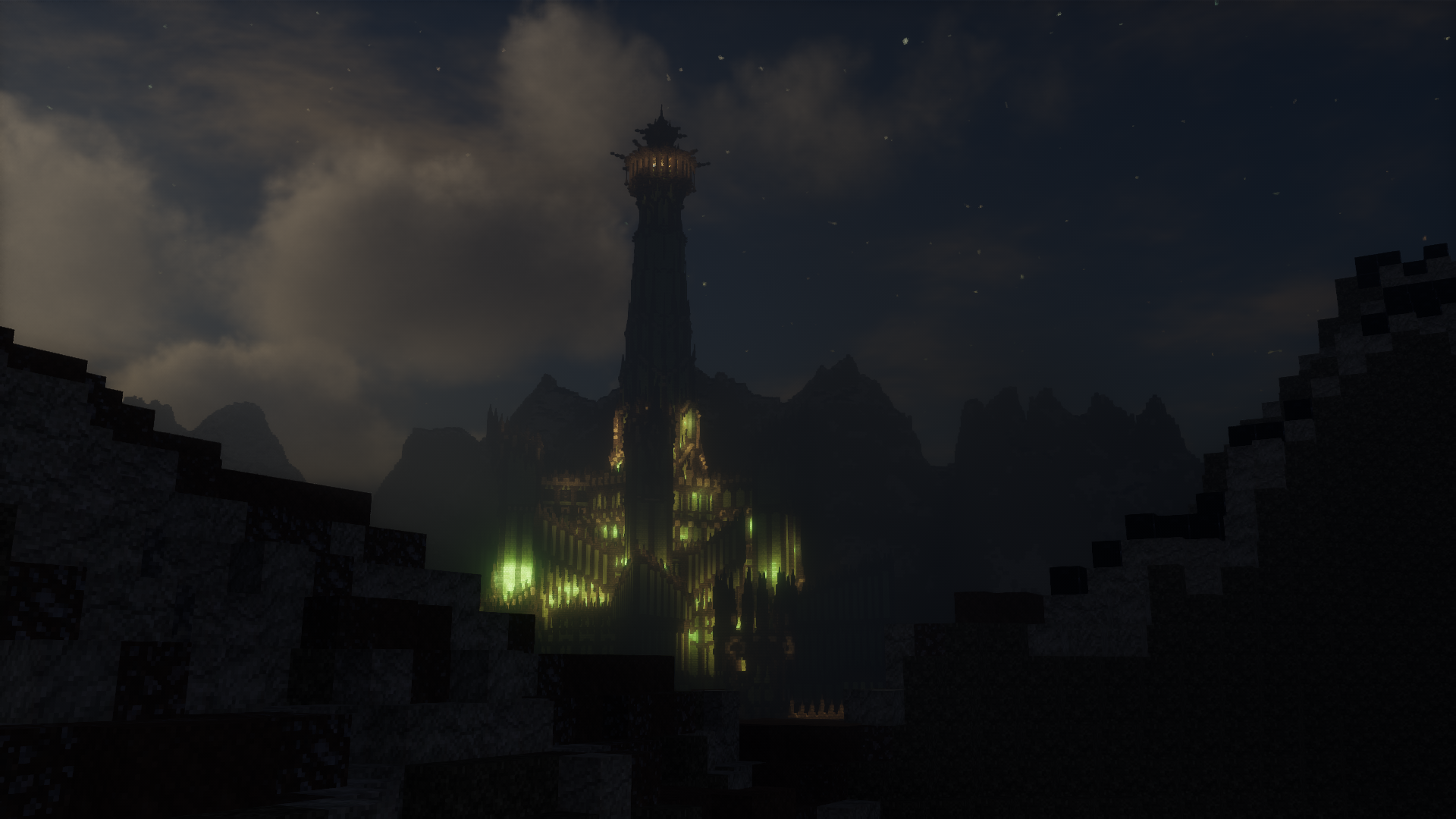 Dishonorable mention to LSD, and to Sushi who was clearly on it whilst taking this shot. 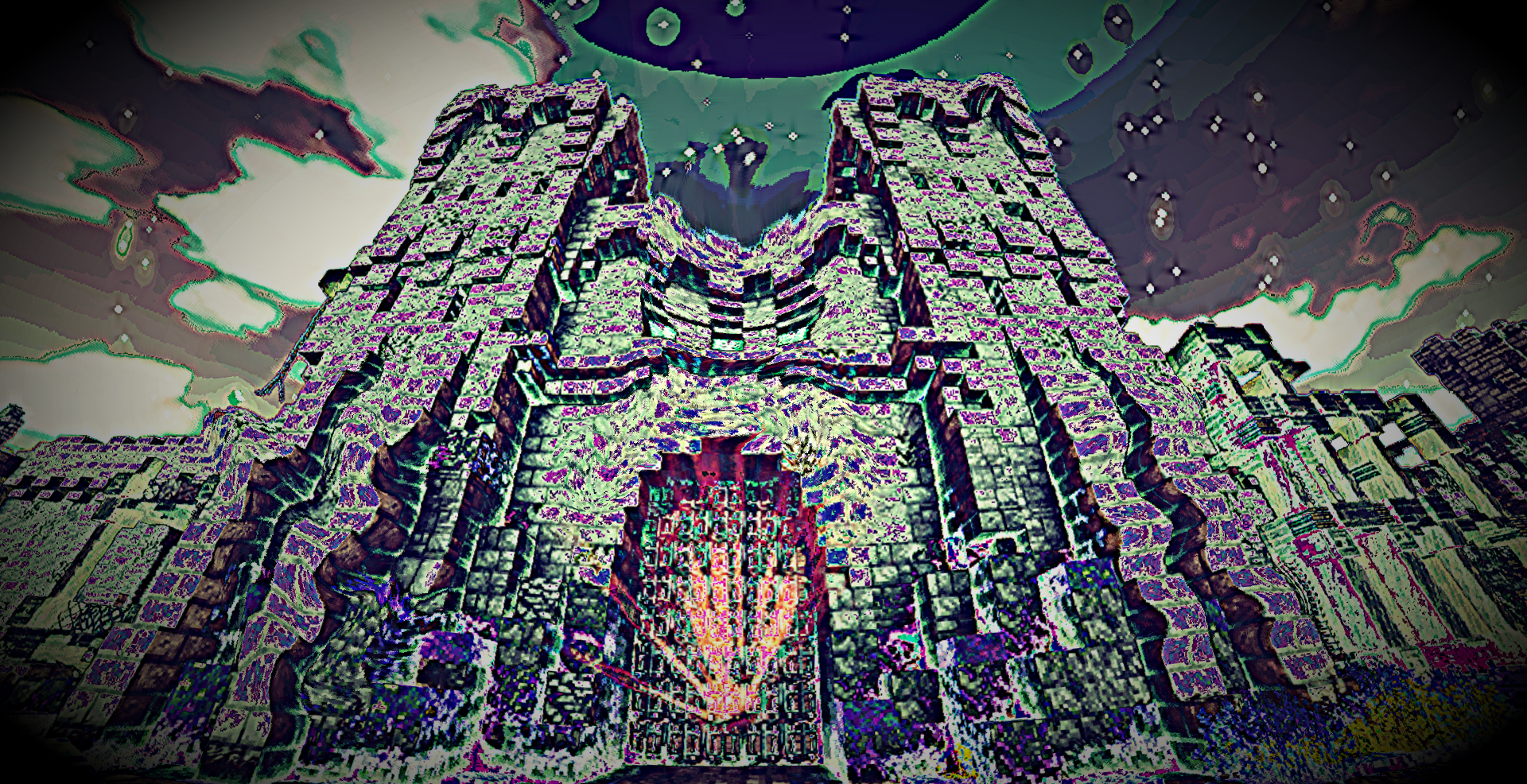 ~ Lore of the Week ~ ​
The Tower of Ecthelion & the Anor Stone

"Standing high within the topmost walls shone out against the sky, glimmering like a spike of pearl and silver, tall and fair and shapely, and its pinnacle glittered as if it were wrought of crystals; and white banners broke and fluttered from the battlements in the morning breeze..." - RotK, Book V, Chapter 1, Minas Tirith

The White Tower, or Tower of Ecthelion was first built by King Calimehtar in T.A. 1900 in Minas Anor to house the Anor Stone. This remained a closely guarded secret, with only the Kings or their appointed Stewards having usage of the Palantir. This remained safe until T.A. 2002 when Minas Ithil fell and the Palantir there was removed to Barad-dur. At this point Minas Anor was renamed "Minas Tirith", the Tower of Guard. The White Tower itself would weather another 696 years until Steward Ecthelion I repaired and rebuilt the tower, after which it became known as the Tower of Ecthelion.

During the Stewardship of Denethor the II, the Tower still secretly housed the Palantir, and he alone of the Lords of Gondor dared to use it to gather knowledge of the enemies movements. Although Sauron was never able to bend Denethor to his service like Saruman, the strain of wrestling control of the Palantir from Sauron did leave Denethor prematurely aged. After the wounding of Faramir in the Battle of the Pelennor Fields, he was brought to the the Tower and his father ascended to the topmost chamber. A pale light was seen in the darkness at the top, which flashed then went out. Denethor descended looking without hope; it's thought he saw a vision of the Black Ships sailing up the Anduin, though did not realise it was the Armies of Gondor coming to his aid, rather than the Corsairs of Umbar.

Denethor took the Anor stone to his pyre, and ever after only those of great strength of will could look into the stone and see anything other than old hands withering in flame.

~ Question of the Week ~ ​
This Week's Question: Who rebuilt Minas Anor?


Question: Who was able to make successful, secret passage of the Redhorn Pass prior to the attempt by the Fellowship?

Correct Answer: Elladan and Elrohir were sent on a secret mission to scout the lands to the south prior to the departure of the Fellowship. They passed over the Redhorn Pass and down the Silverlode to bring word to Lothlorien of the quest.

Hey everyone, F&Q writer here. Hope everyone's been having a good week so far! I'd like to apologize for the delay (almost four days later, yeesh)- I've had a very busy week, and I didn't want to hand it off to mapthor because I hate him. This lengthy delay shouldn't happen again!
- Shen


Quote from General Shepard
“Sure it matters who's got the biggest stick, but it matters a helluva lot more who's swinging it.”

I honestly thought that that date was a joke

_Shen said:
and I didn't want to hand it off to mapthor because I hate him.
Click to expand...