Another week has passed in our beloved world of MCME. Some new promotion here and there, sadly some demotion as well but all is well in our community and will continue to stay that way (unless someone crashed the server again). Anyway sit back and relax and enjoy the 37th edition of the MCME Times.

Nothing to announce this week.​

Hello one and all, this is Durtalation with your latest Anfalas news. Let me begin with saying that it is an honor to be taking this job as reporter and hope to bring information and a smile to all of your faces. So let us begin. From a communiqué that came directly from the staff, progress has been slow in this region. @DSESGH informed me that the majority of the work done was terraforming and to look at the northwestern edge of the province, stating to this reporter; "@kisos changed his first big section to stone this week! Check it out in the northwest corner of the region! Besides that, some more sand was terraformed.”. I was shocked to find that what had taken nature to form in centuries, the Anfalas team had managed to do in a week, as though they ripped the genesis device from the pages of the Wrath of Khan and fired it directly at that region of Anfalas. The tall spires of stone only challenged by the most beautiful peaks in the real world and rival even the stark beauty of the revamped Misties. I recommend giving it a fly by, some very interesting stuff has happened there.

Meanwhile, in the south along the coast, at the mouth of a small river there is a scene slightly reminiscent of war of the worlds. Floating discs in the sky, but never fear, these discs are actually the work of staff practicing and playing around with their craft before pasting it down below to create a small settlement with a very formidable keep. Keep your eyes in that region, @Mandos has been busy.​
Lamedon (In Progress) - Lead: @_Luk

The wall of Lond Daer falls to the siege weapons of artists and adventurer. If you're flying through the city and you see the thing that looks like a spine, that'd be the ruined section of wall. Be on the lookout for wall ruining jobs for adventurers!

Emil is still working on his Hollin Ridge. Given the amount of time he invests there the result will be truly majestic!

This week we also had the first scheduled jobs and were able to complete two more glaciers in the Misty Mountains near the Gladden pass. We also made a bit of progress in the High Moors, but as we encountered a really strange bug with double plants progress there may pause a bit.

The old Aldburg has been obliterated from the map, and sand has replaced it. Planning for the new Aldburg is under way. The project thread is >>here<<, go check it out.​
Mt. Gram (In Progress) - Lead: @Thijs1801

You may have noticed that @Durtalathion is now a reporter. Thanks, Dur! Would you like to help with the Times too? Volunteer to be a project reporter! Contact one of the Times writers for details. (@Ardelenia, @DarthRagnar, @ooitsbirdo, or @Speeder45)​

Current Plotworld Jobs
Currently no activities in the plotworld are available.

For an always up-to-date overview, please refer to >>this<< thread.​

#WeAreMCME - @mingthemusicalDo you want to get featured in the MCME Times? Fill out your responses >>here<<!!

Tirion upon Tuna
Themed builds are no longer required for Artist applications. However, Finrod thinks that “these [themed builds] had too many good points about them too get rid of them,” so they are being reinstated. You can use them just for fun, for an application, for a building exercise, etc. You could even get designer feedback! Currently the plugin is broken, so if you would like to try your hand at Tirion just claim an empty plot and start building.​

Media of the Week

Here we have 2 beautiful screenshots by @mandolore100 of Annuminas, enjoy 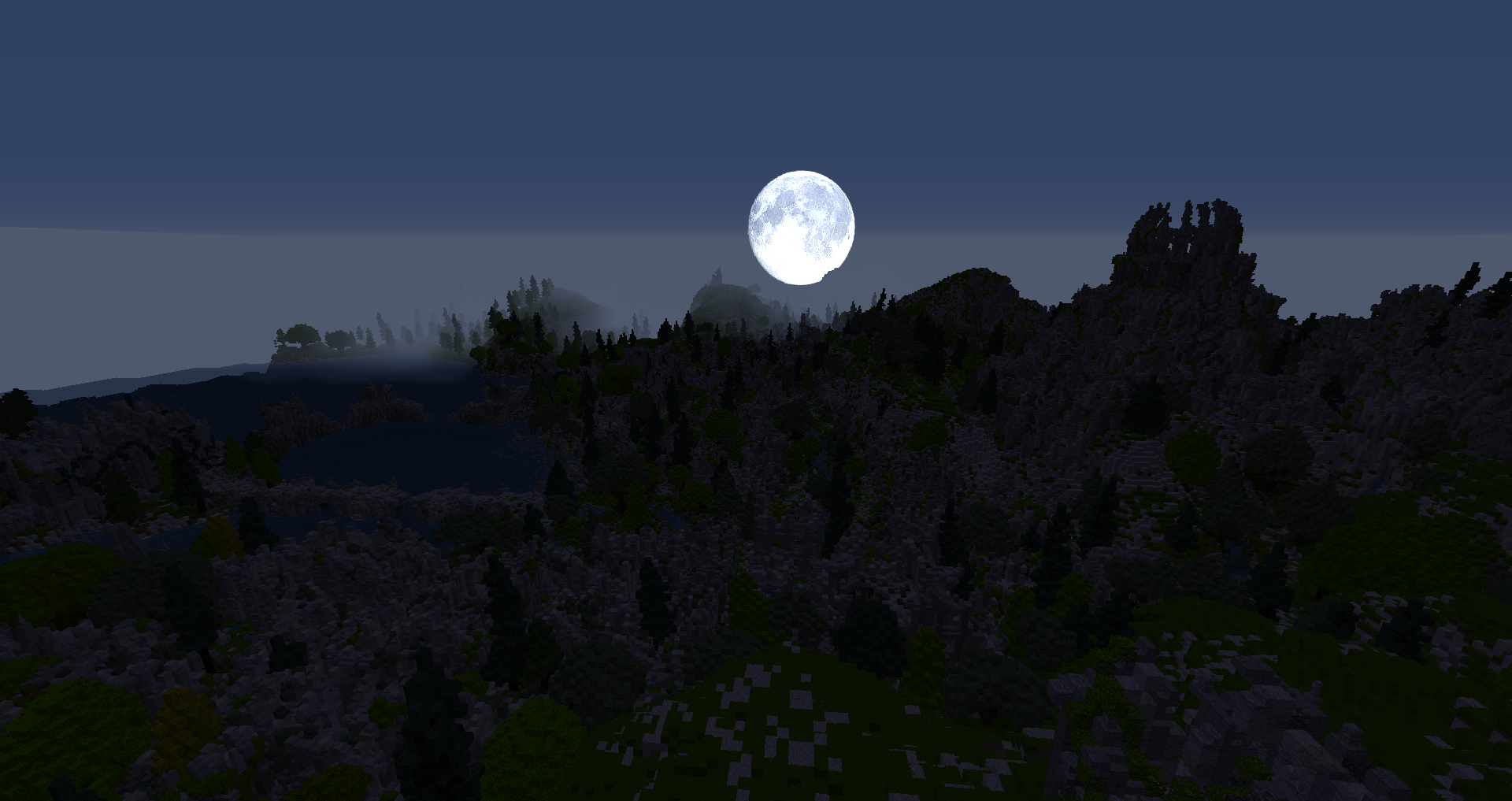 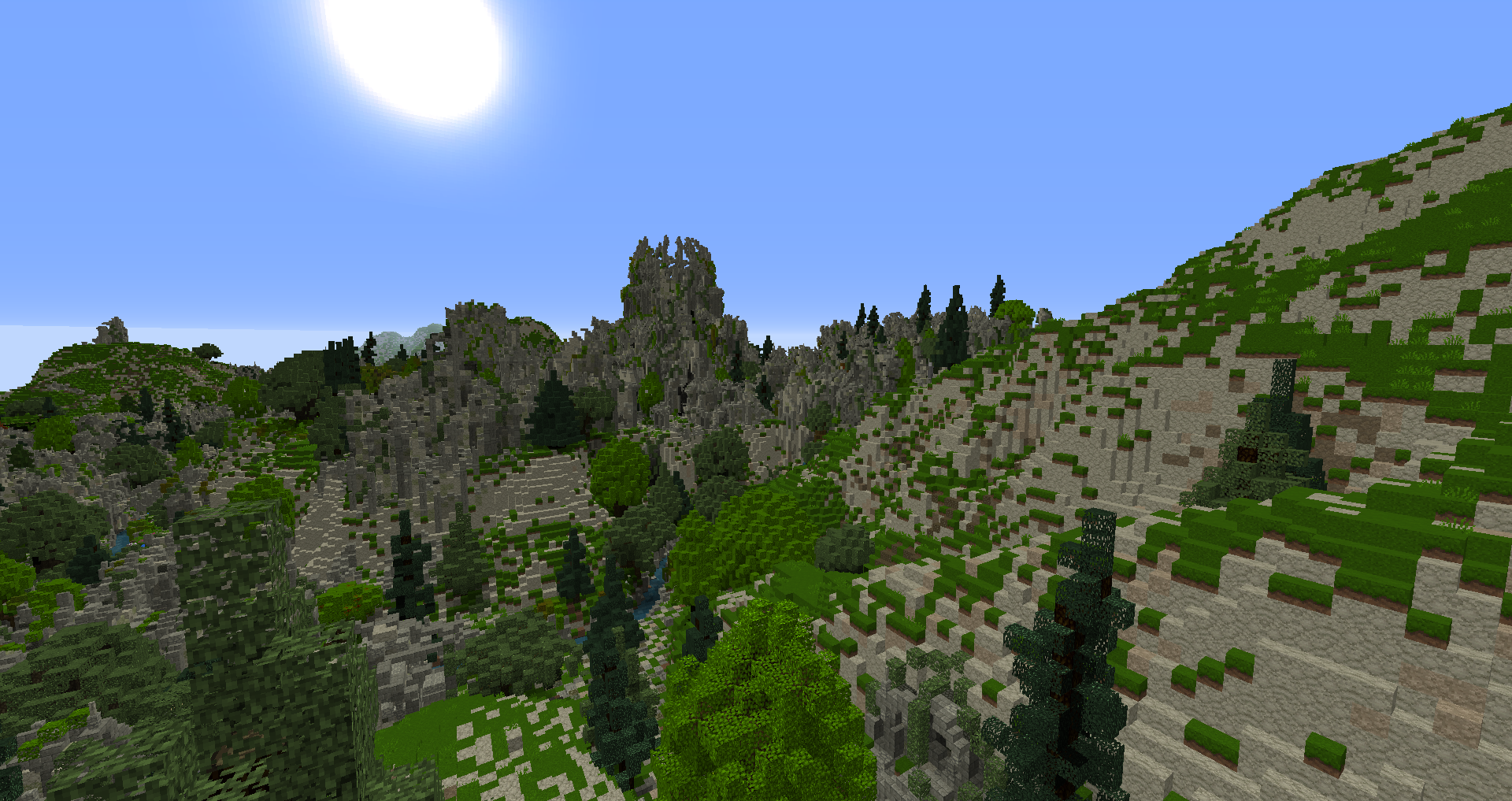 Come on, guys! Mando is probably developing quite the ego from this constant featuring of his work. It is our job to protect him by putting out other screenshots that the Times can use!​

As you all hopefully know already, @Despot666 has evolved into one of our most active and skilled texturers; almost the entire dwarven pack is his work. But now he is looking for helping hands as his future contributions will not only remain in the dwarven packs but also the other MCME Resource Packs. If you are not sure about your graphics skills, do not worry: Despot has offered to teach you the drills with gimp and co. So, if you are interested in influencing the look of future MCME, speak forth through a PM directed to Despot!​
Screenshots for Facebook

@Tyranystrasz has access to the MCME Facebook page and will regularly upload stuff there. For that he needs, of course, the very best of MCME, and for that he needs YOUR help! If you have a really awesome screenshot to share, submit it >>here<<!​
~

This was a pretty quiet week, especially compared with the last few. Not everyone enjoys watching small progress occur, but it is as important as big progress, and without it we would not finish.

If you're walking down the right path and you're willing to keep walking, eventually you'll make progress.
- Barack Obama
Click to expand...

Commoner
I am liking this very much. Will continue to post more

Artist
@kisos will love the quote <3

Tyranystrasz said:
@kisos will love the quote <3
Click to expand...

should be the white half of obama

Tyranystrasz said:
@kisos will love the quote <3
Click to expand...

why do u think i choose it

Y'all should use some shaders in your Project Progress screens

DSESGH said:
Y'all should use some shaders in your Project Progress screens
Click to expand...

That will be something I will be doing. However, the last two weeks have been overly busy schedule wise.