Donor
Commoner
Hello my name is Dahlfc2. Ive been playing on this server for a while now and i joined on April 11.

Jobs and Plotbuilds:
Here is a list of some jobs i were in.
-Paths in Dol Caranthan. Oberanio or FoolhardyFish. We replaced some stone with dirt.
-House in Dol Caranthan. Oberanio. It took one day to make. Oberanio helped me with the roofs and Patrick Accepted it.
-Stone walls a little bit outside Dol Caranthan. Oberanio. Oberanio Showed me how to make the walls and then he accepted all of the ones i did.
-Sewers under Dol Amroth. FoolhardyFish. All my plots got accepted on first try.
-Helped making river. Bartel. First job so i made some mistakes
-SewerPump under Dol Amroth. FoolhardyFish. Fish asked me to do this and i was kind enough so i said yes.
-Helped Making Rivers Again. Bartel.
-Stairs in Moria. NicovicTheSixth. i was one of the last who helped on the stairs and it was actually pretty easy.
-House just outside Dol Caranthan. I think Ober or Patrick gave it to me.
-Two houses in Dol Calen for Lindo.
Newer Jobs:
-River just outside Dol Calen with Mithrilled.
-Shrubs with Mithrilled.
-Marshes with Darki. 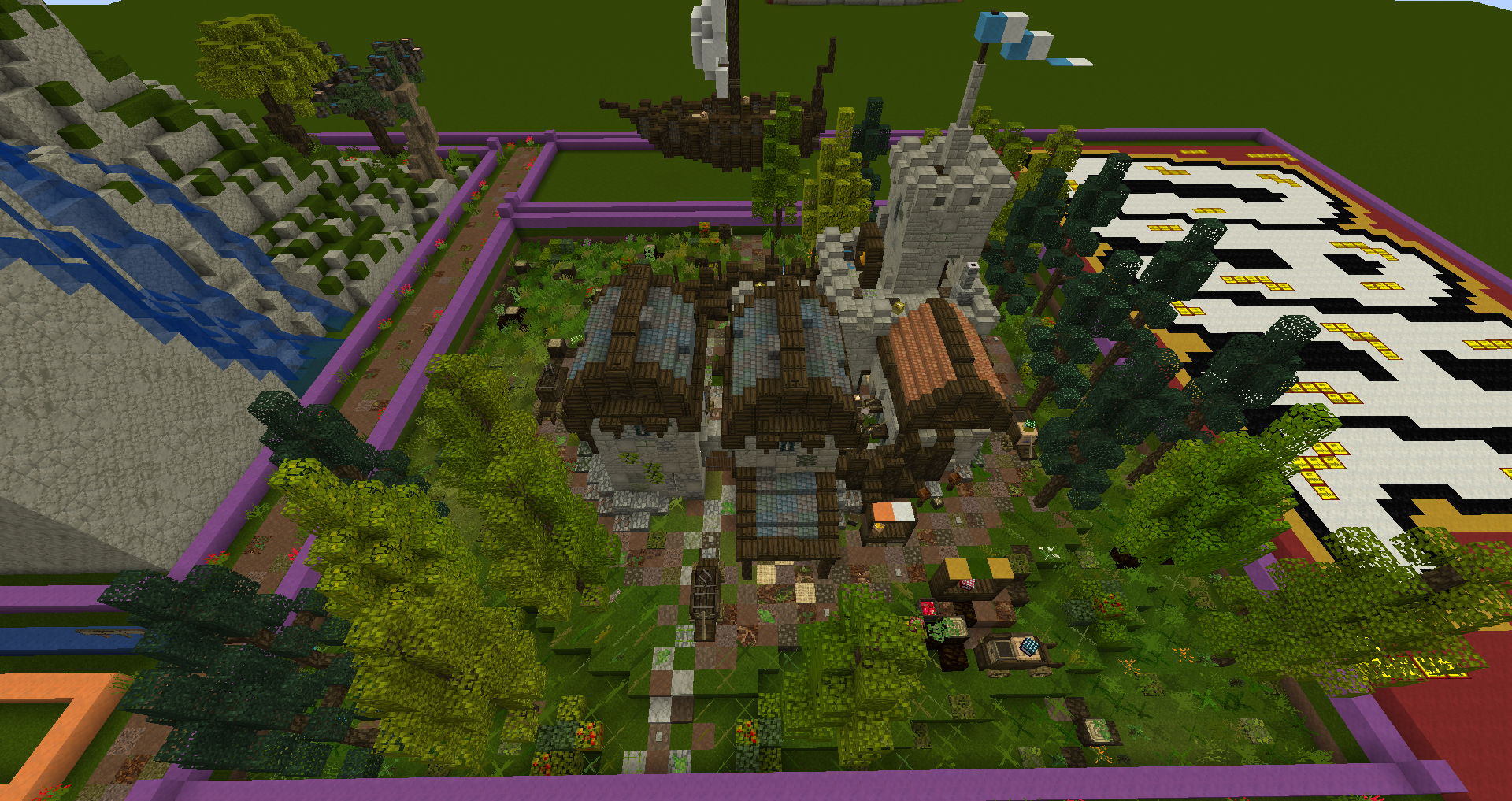 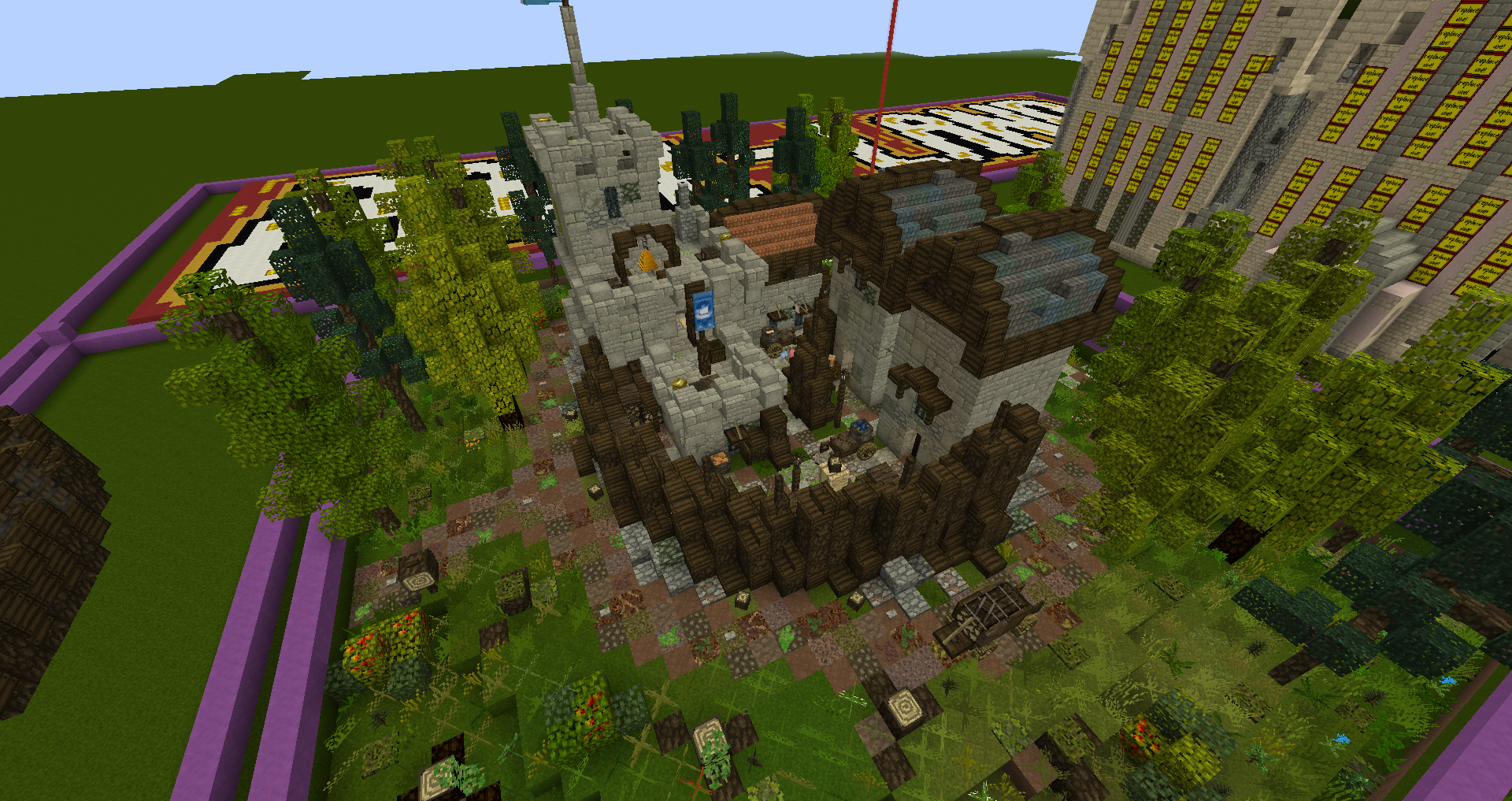 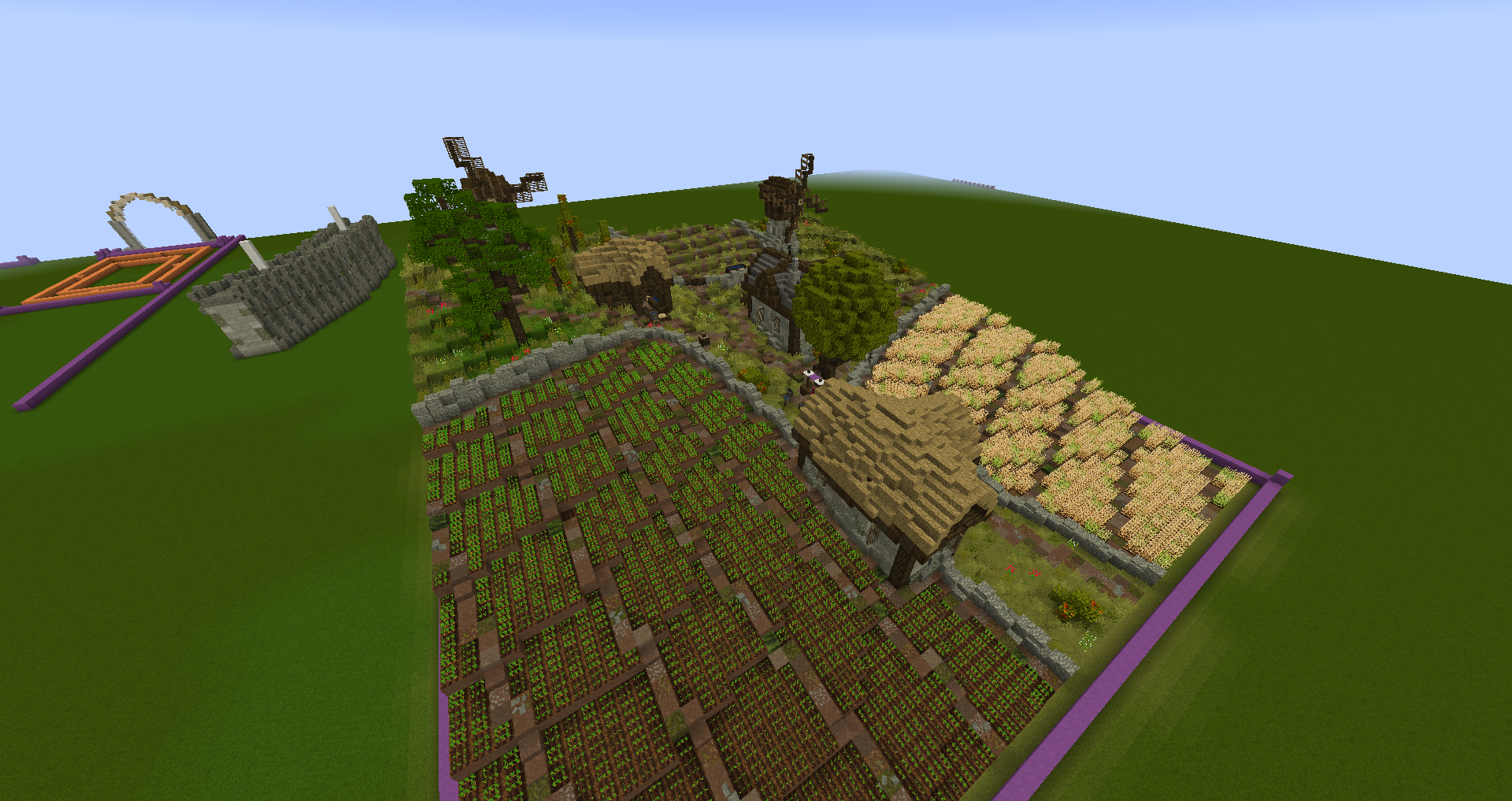 This is a build i have in freebuild. You can see more pictures of it later in my Artist application. 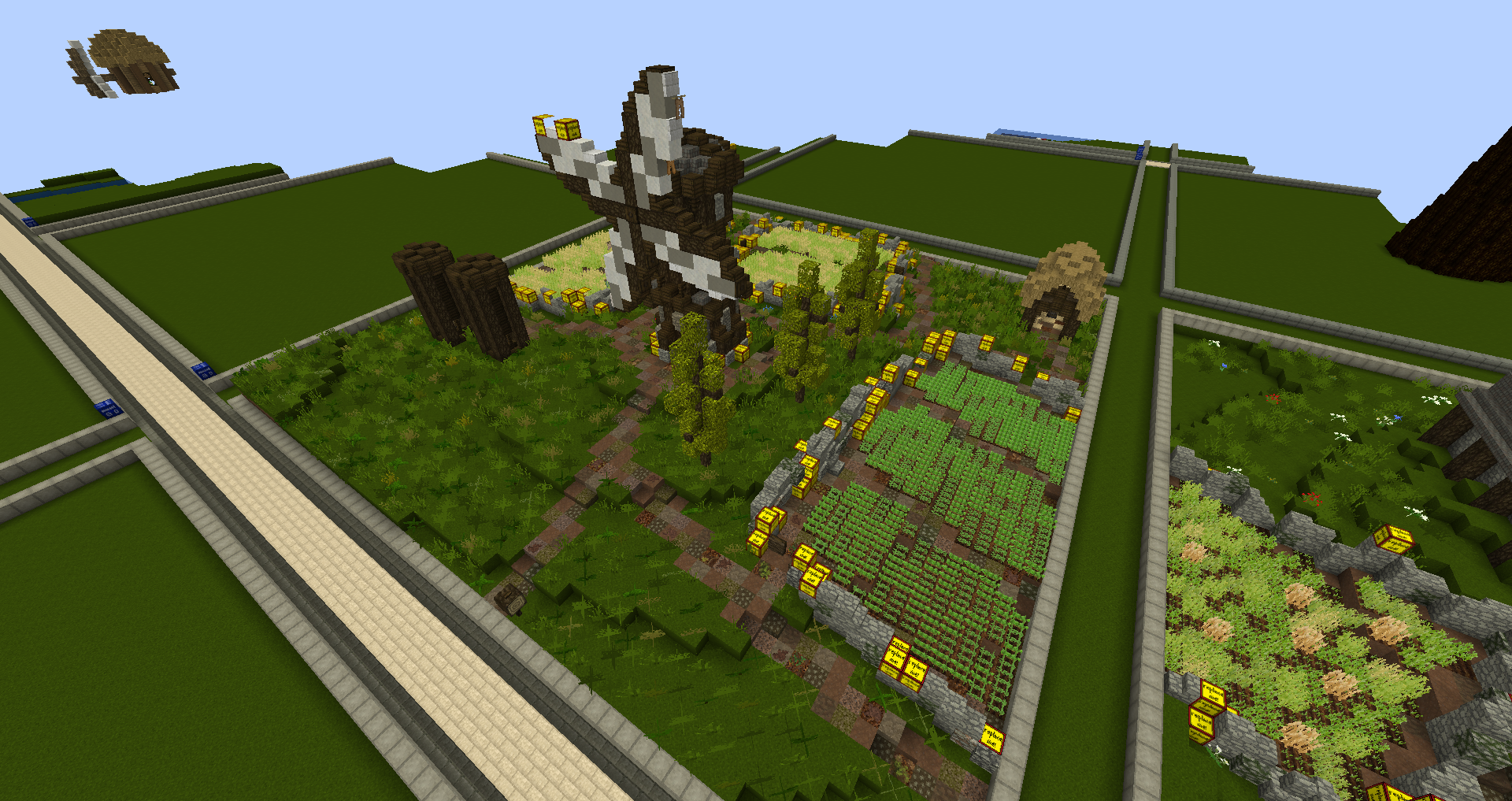 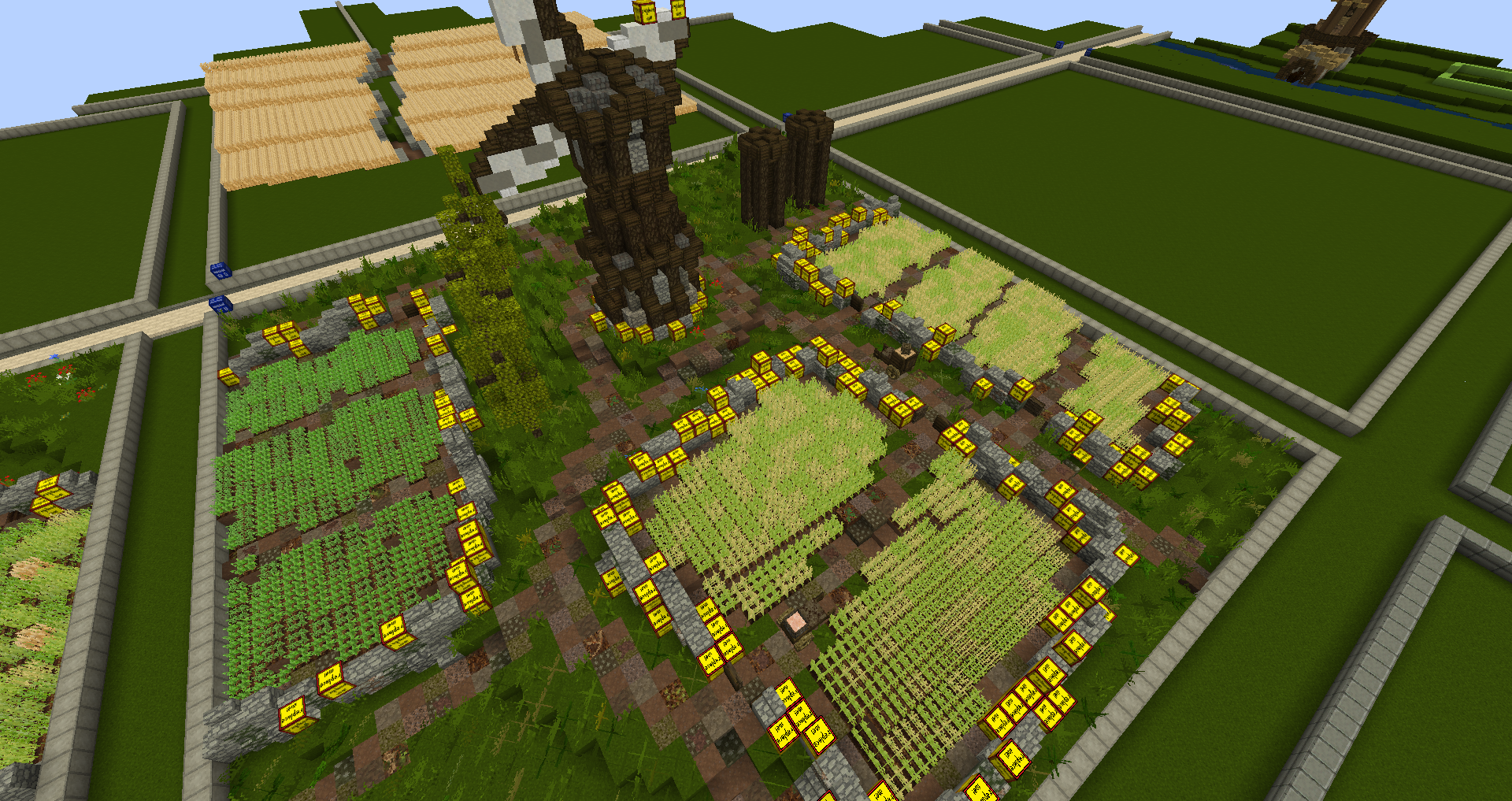 My interests:
I like the Anorien style. like Dol Caranthan. i love building those kind of houses and villages.

My Motivation:
My friend told me about this server a little bit ago. We decided to join it and since ive been playing non-stop on this server. I really like Lord of the rings and the hobbit and ill hope i will get artist in the future. I got a lot of great feedback and i will keep going.

Donor
Commoner
I mostly like to build rohhiric houses.
i joined in late february i think. my friend showed me the server and i really liked it to the point where i mostly play on it of me and my friend
I want to be a artist cuz i really like to build stuff. i know this is what everybody says but what i mean by build stuff i mean build really big stuff like mansion or underground things.

i like this server. but even if i dont become a artist i would still help with jobs

Artist
Hello Dahlfc2!
thanks for applying for artist, it is always nice to see that people are intersted in applying for the rank of artist.

Staff member
Manager
Donor
Hello Dahlfc2, also remember that to have an active artist application: keep on updating with pictures and descriptions on your main post, and then a reply ""UPDATE" to the thread. Even though we don't reply to every update we can see how you are growing and staying active in the community!

Donor
Commoner
UPDATE.
i think im done with some mines in moria Oberanio gave me yesterday. but ill wait till he gets on so i can show him. 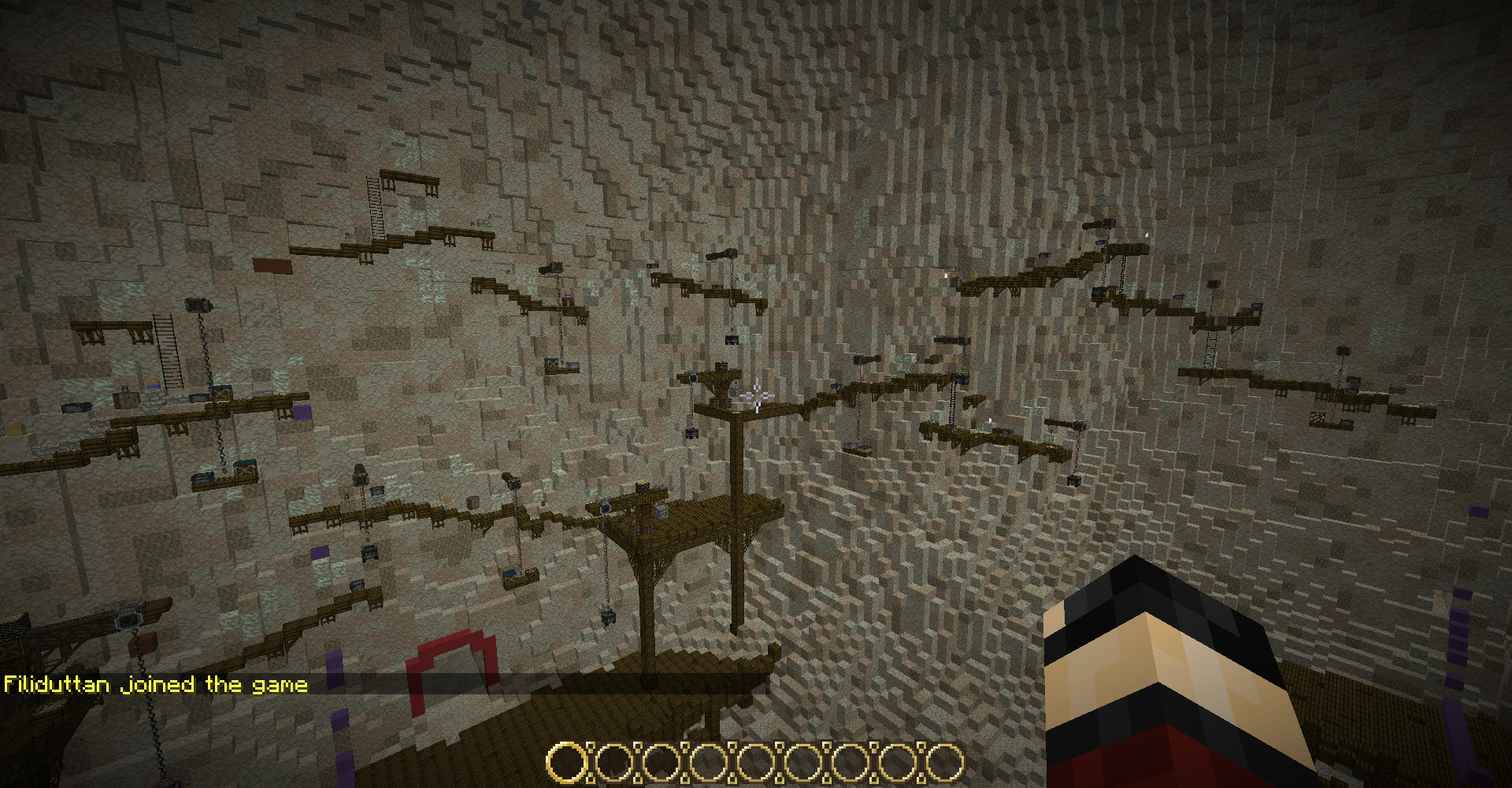 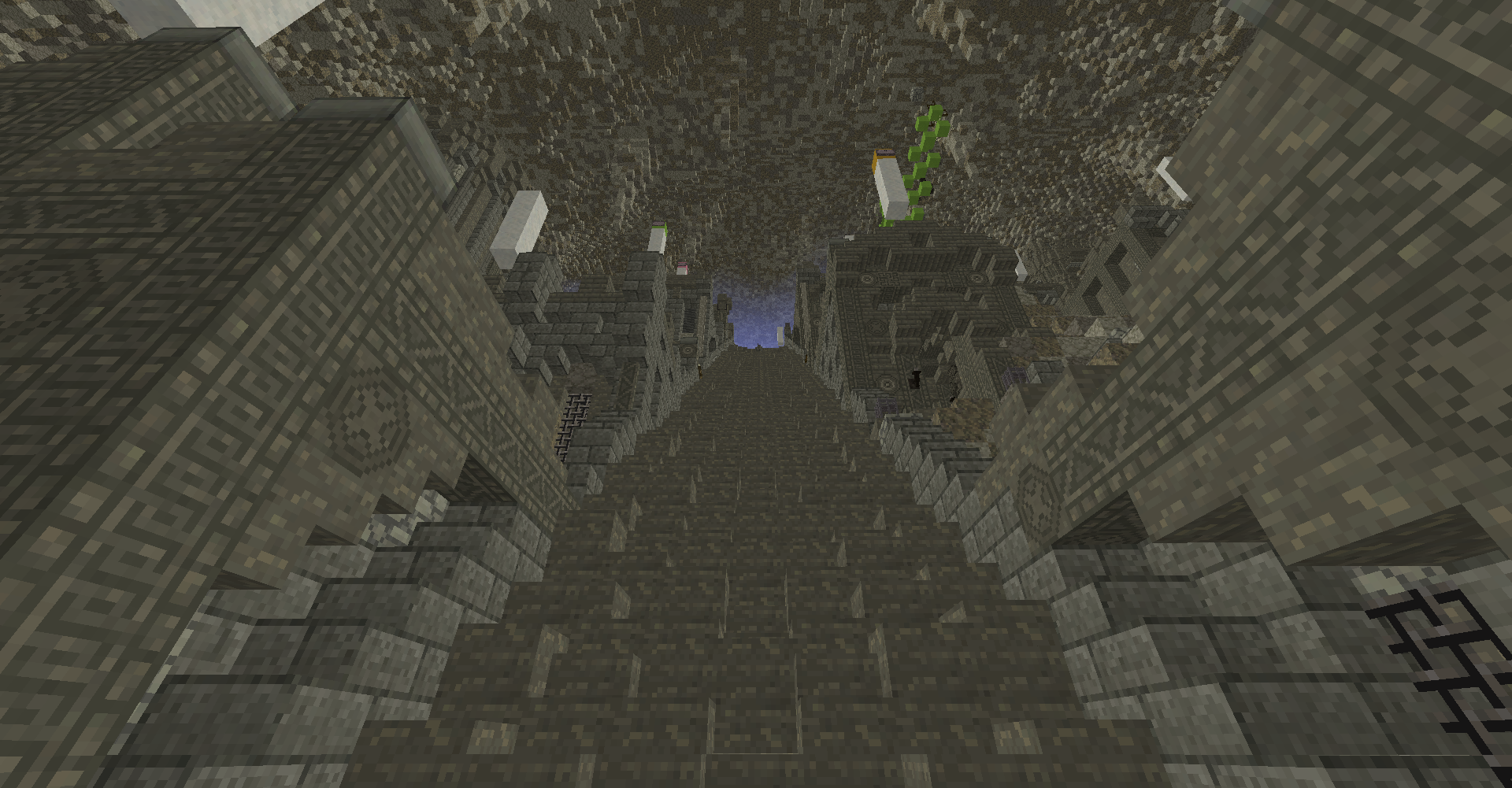 Staff member
Manager
Donor
Hello @Dahlfc2, your Moria work looks good. Would want to see maybe some bigger or more complex creations in that style now. I see you are in the process of making Lake Town. Make sure to work on that and update as themebuilds are very important for applications. Your exterior's in freebuild are getting to be good, nice work! However, I would like to see some interiors now and where you can showcase your attention to detail. Keep it up!

Donor
Commoner
UPDATE:
i have done some interiors in Dol Caranthan. here are some! 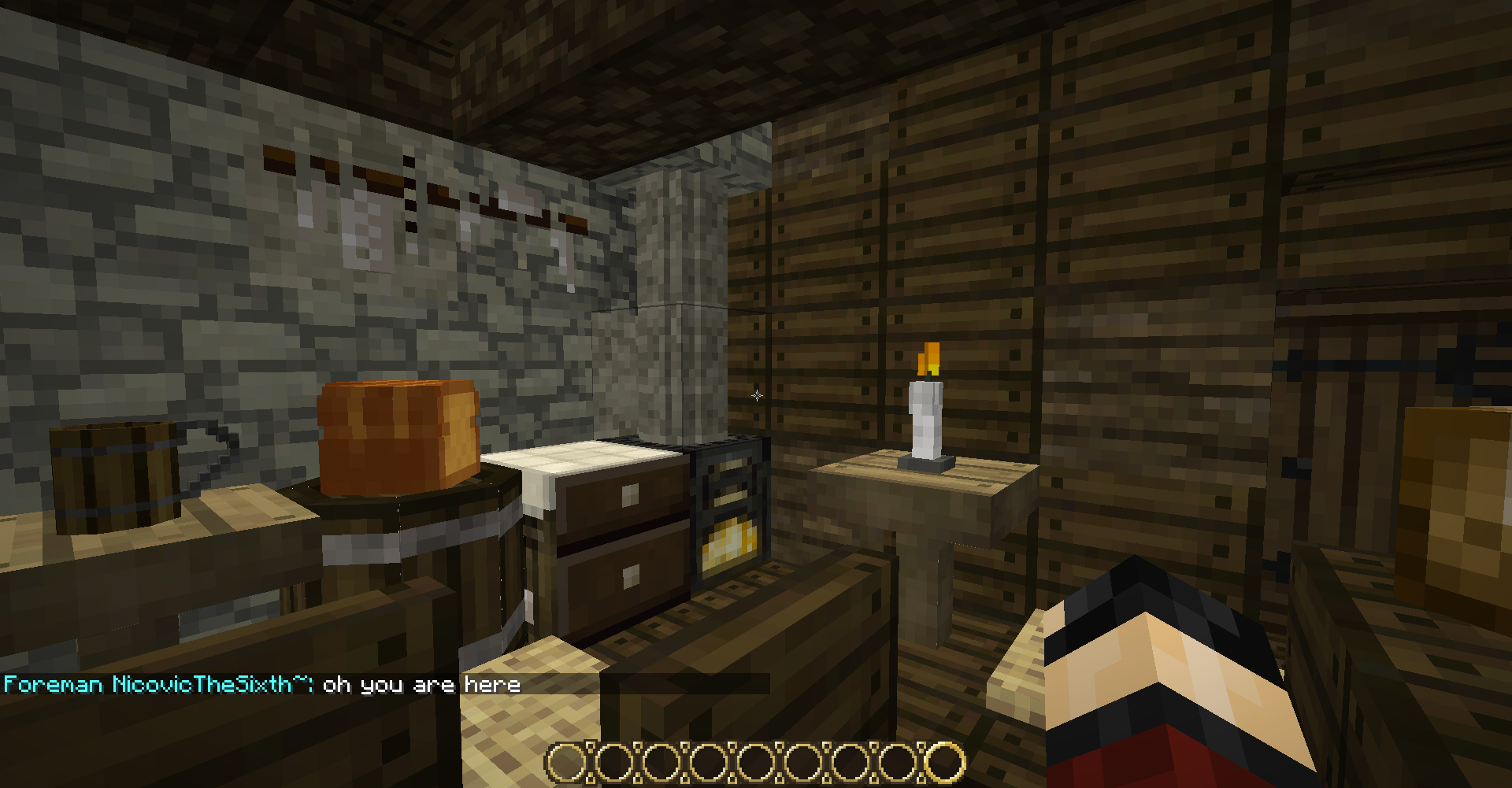 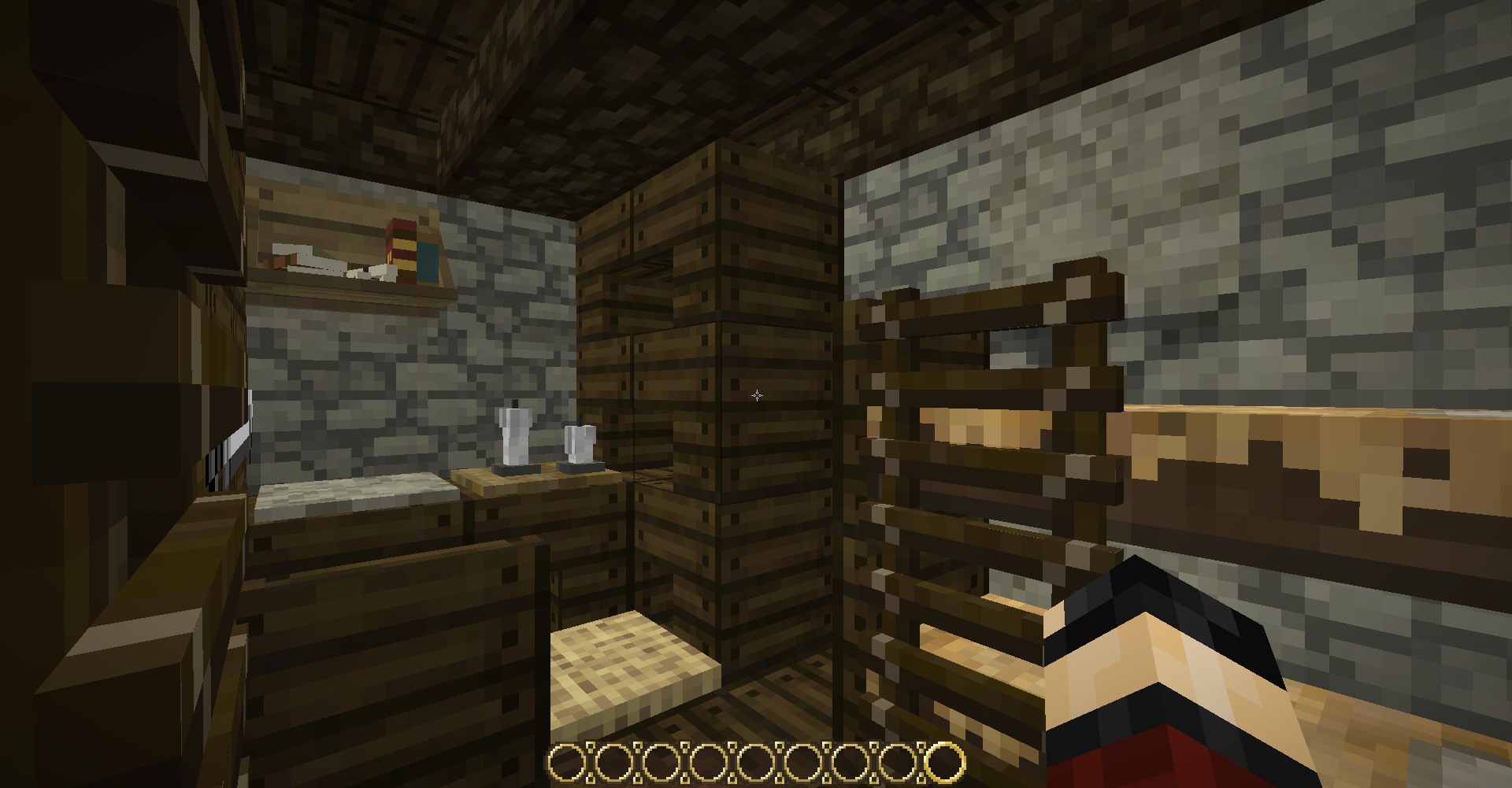 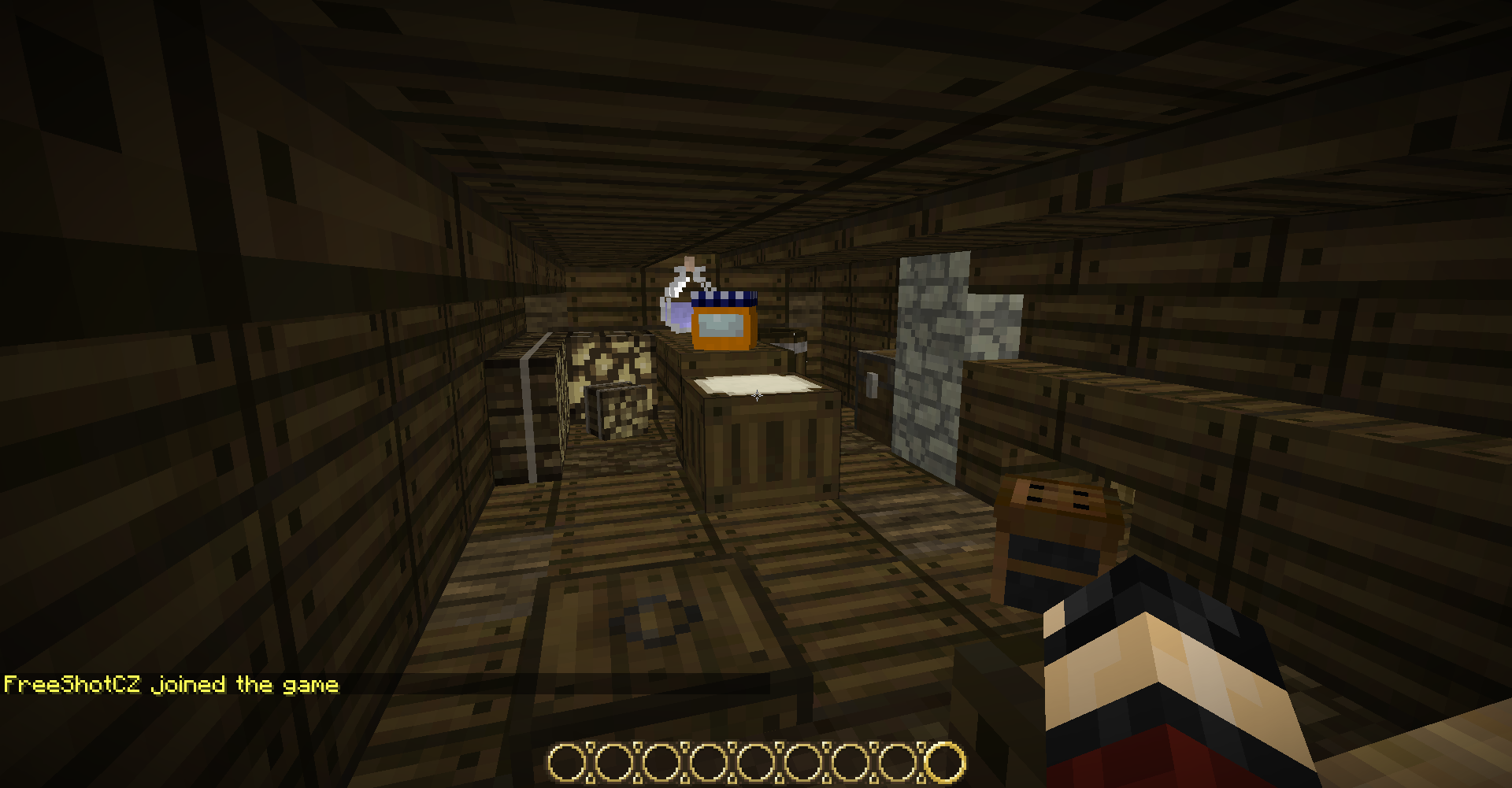 These ones are from a house just outside Dol Caranthan. 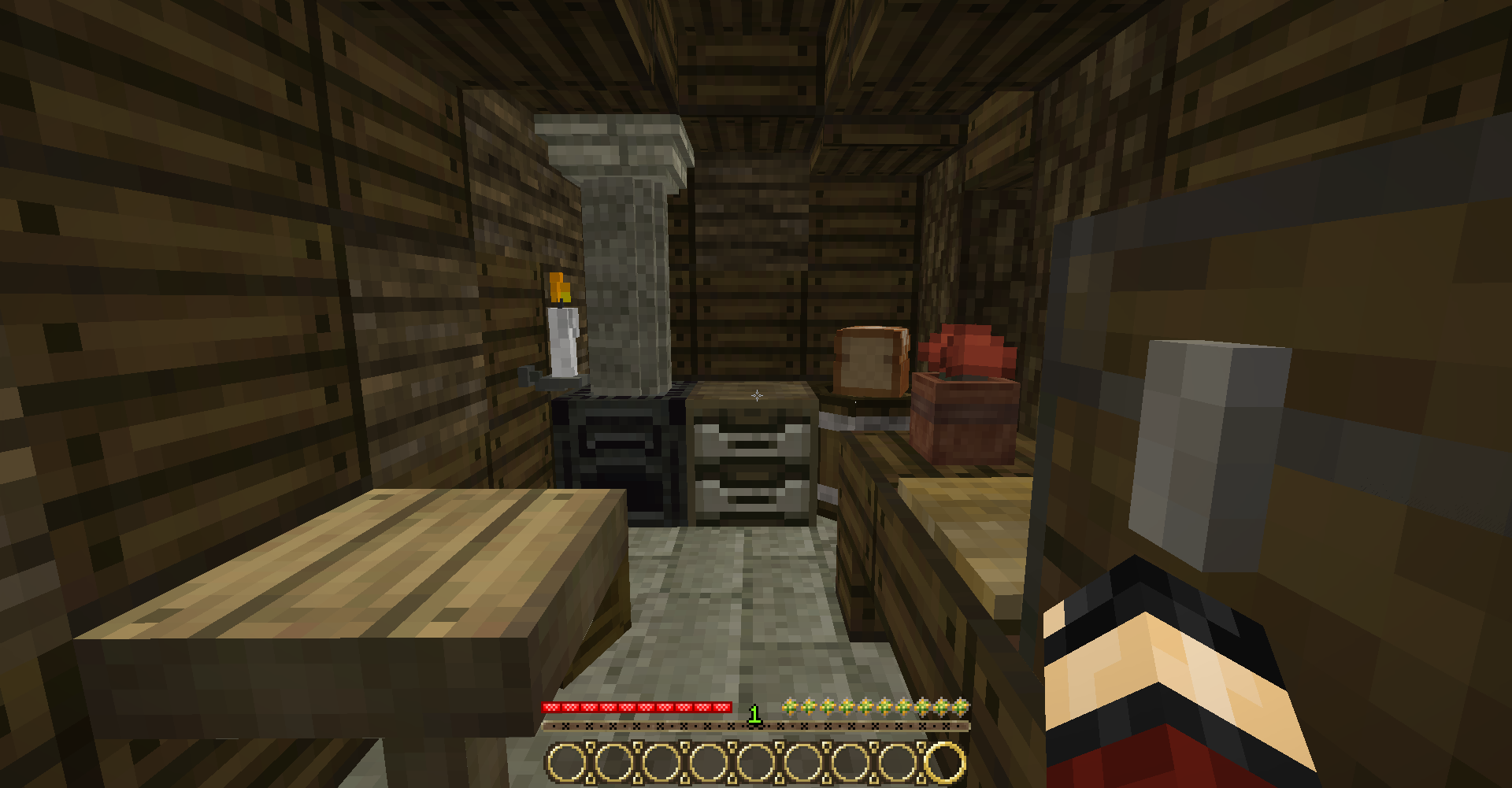 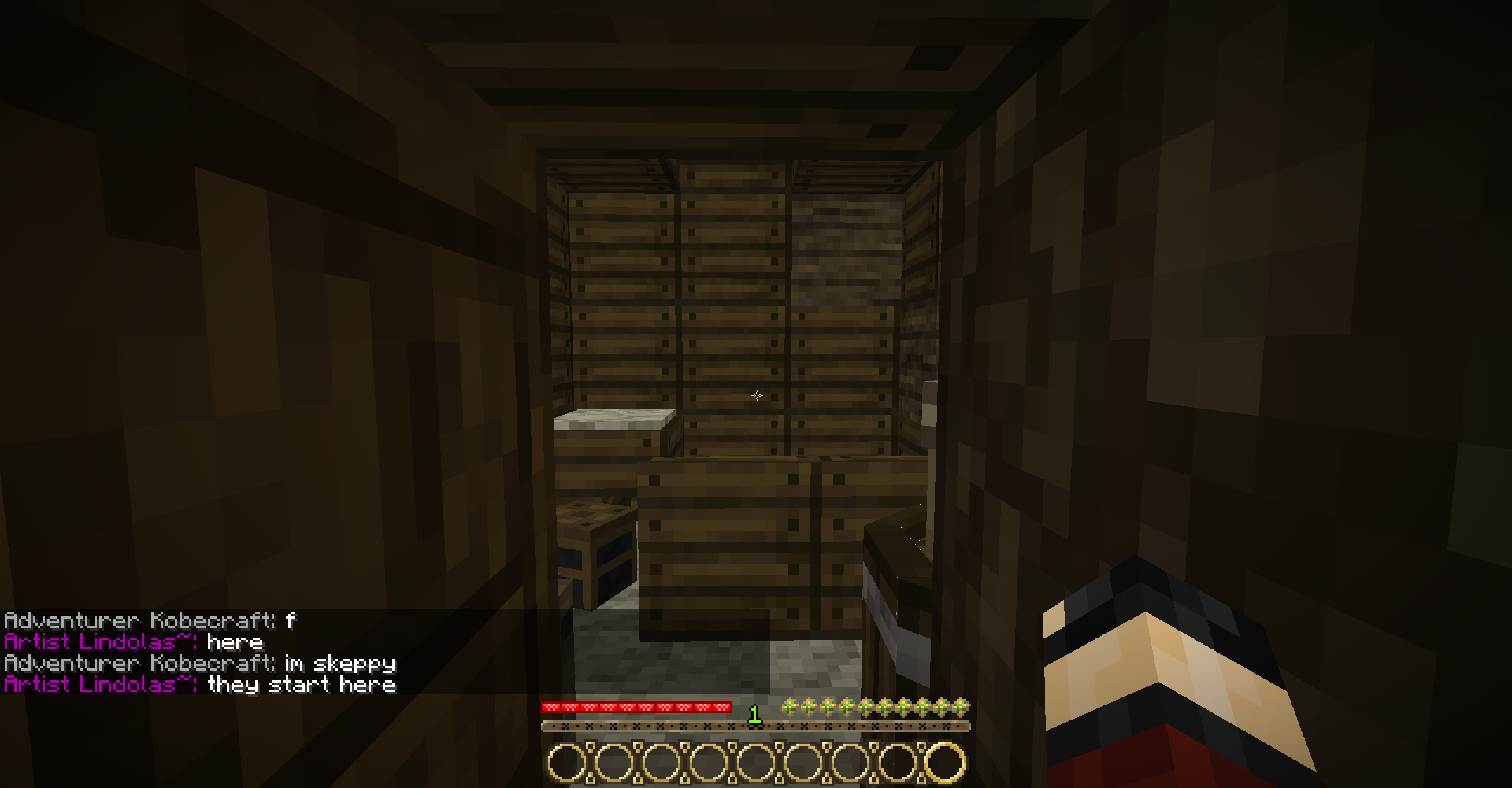 And these two are from a house inside Dol Caranthan

Donor
Commoner
UPDATE:
i am done with the lake Town. Dont mind the green square. i havent done the interior: 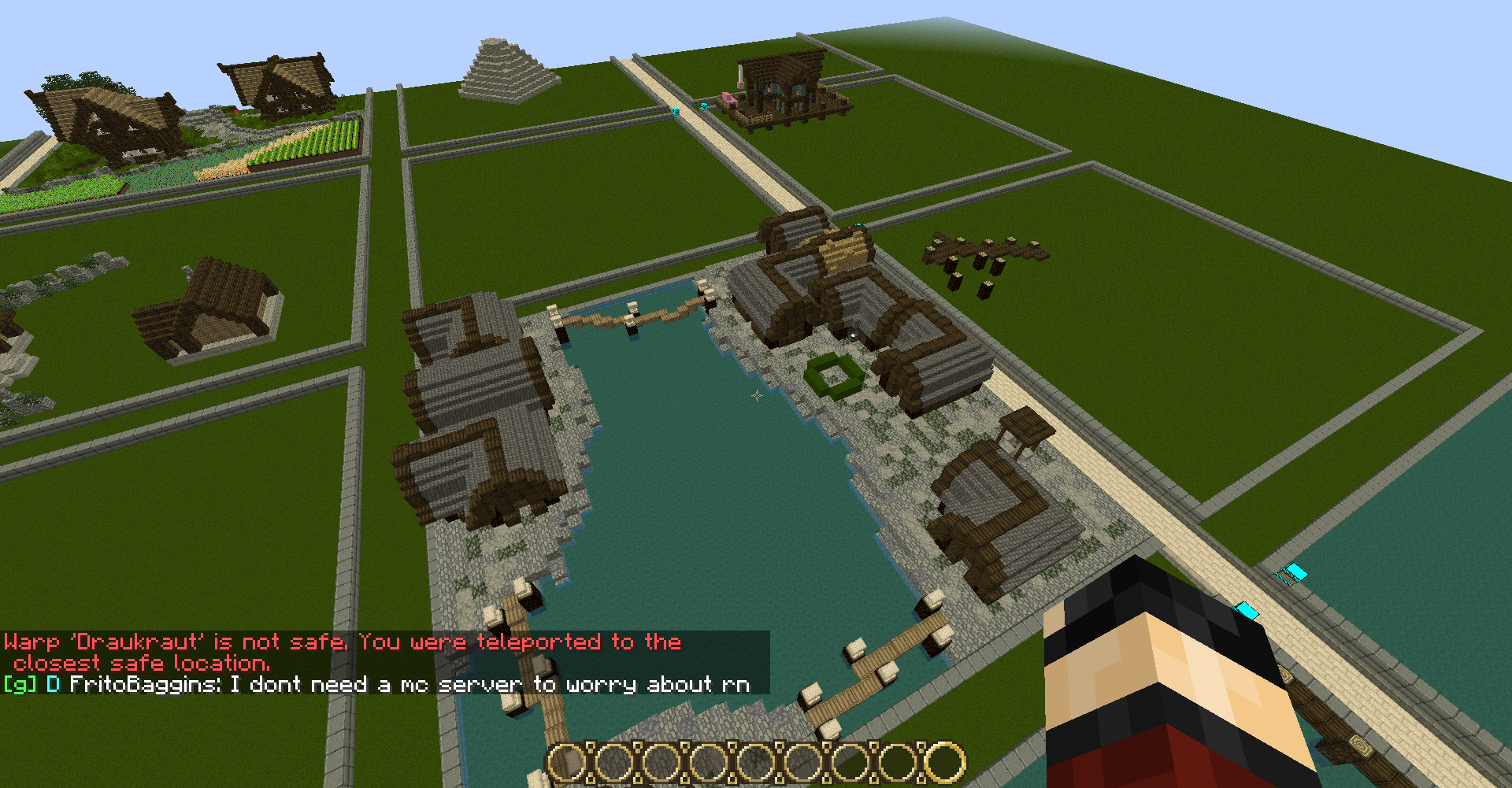 Donor
Commoner
UPDATE:
yesterday i helped with the job in Osgiliath 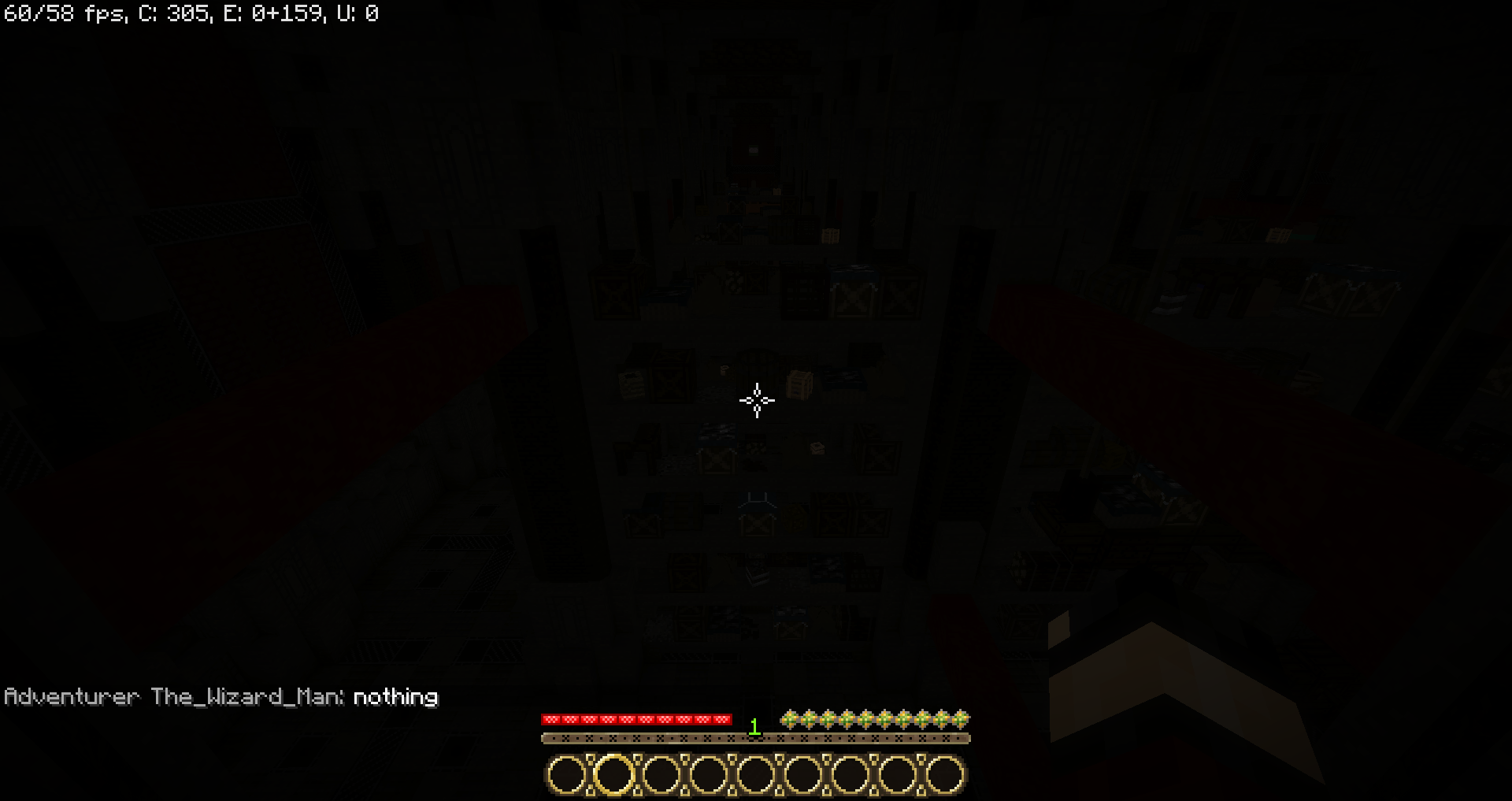 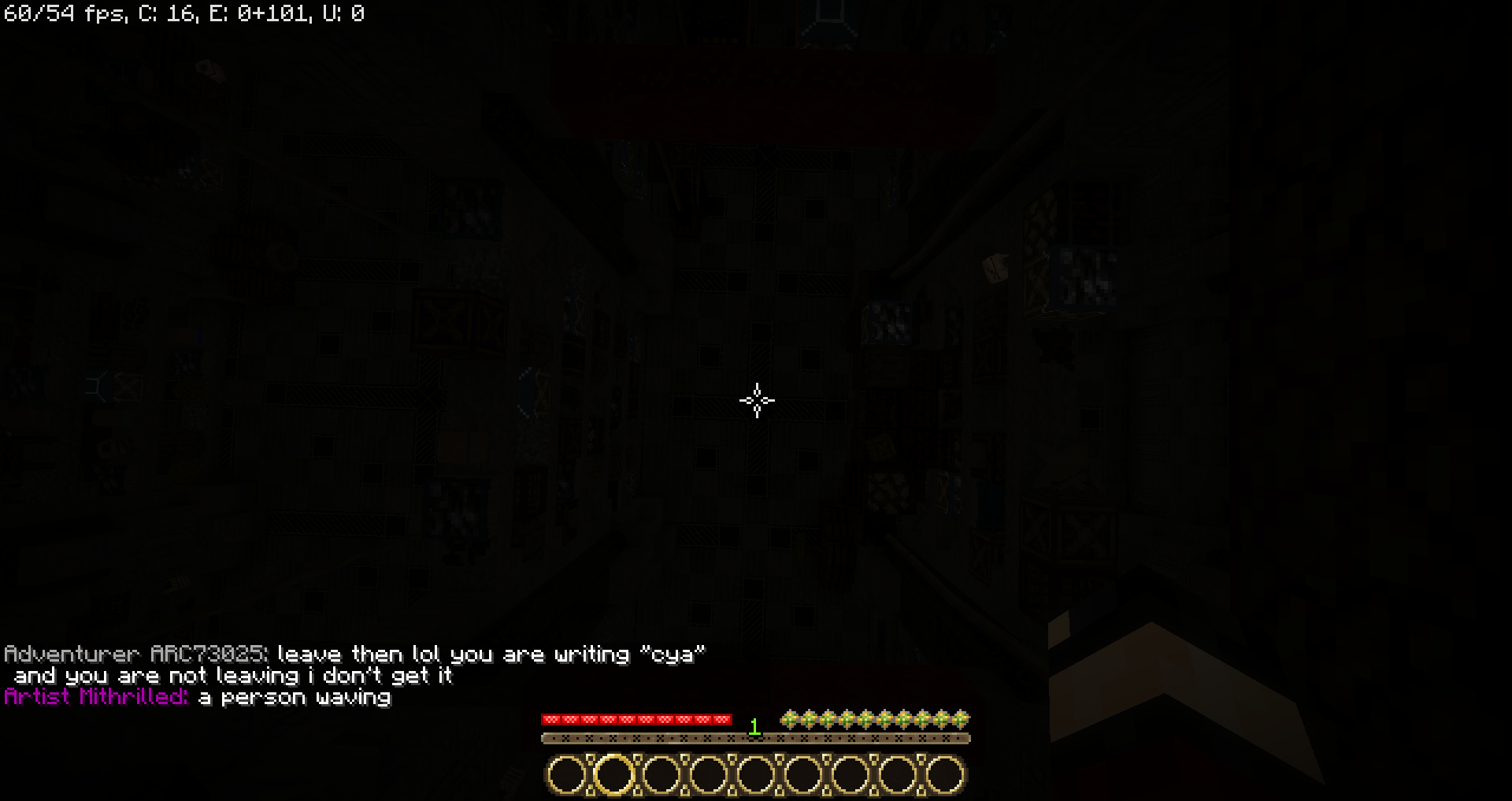 Moderator
Foreman
You may want to use /fbt in Moria, I can't see the pictures well. You did good in the job though.

Donor
Commoner
Eh. i did. its the shaders i have on that makes it dark.

Donor
Commoner
UPDATE:
Im helping alot in Osgiliath right now. ive done 4 plots i think. here are some pictures of 2 plots i did 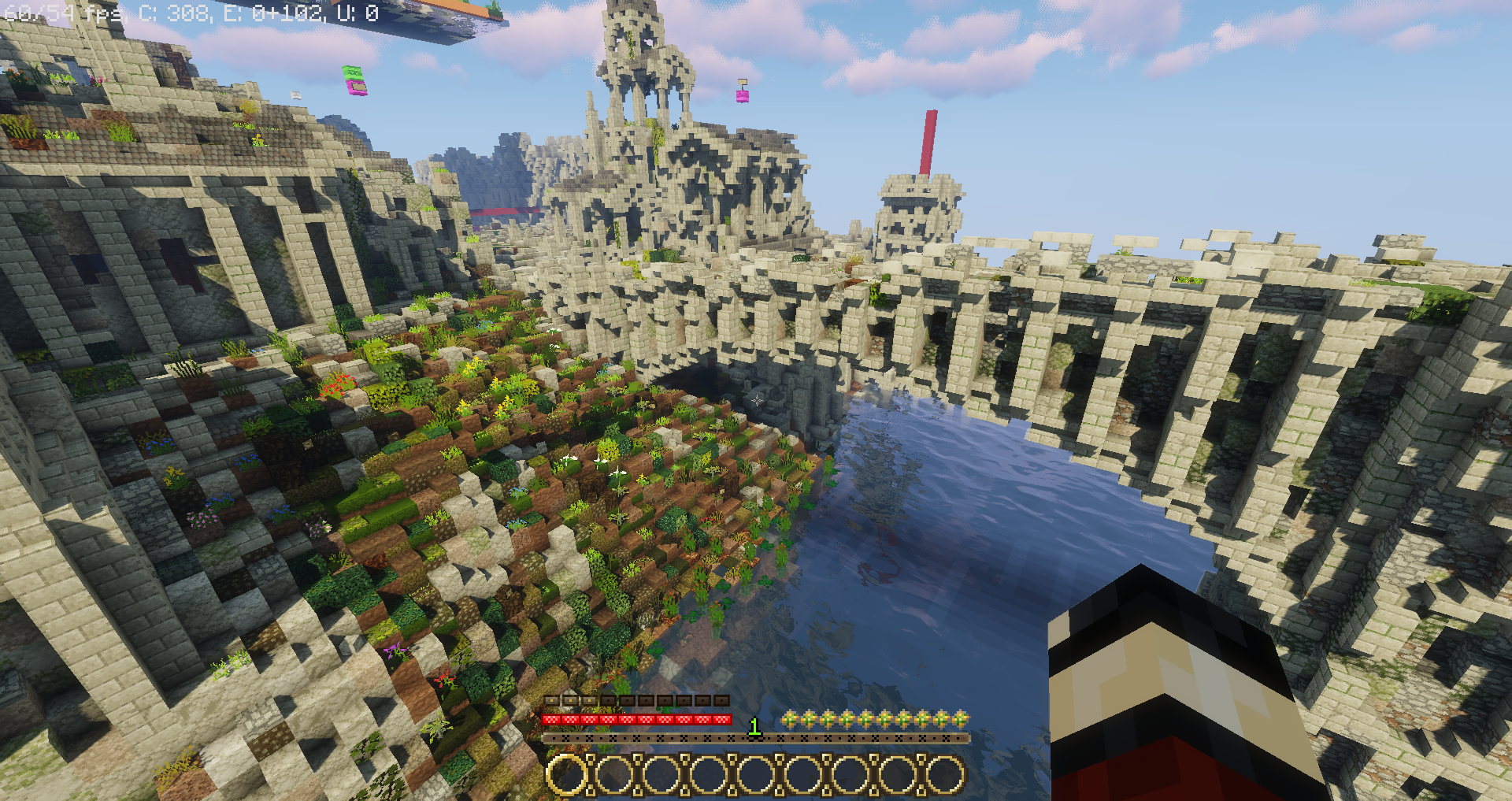 The Bridge and the hill you see is what i did

Donor
Commoner
UPDATE:
I just made this plot. Im Good at terrain. Ober, Roel And mith said i was good 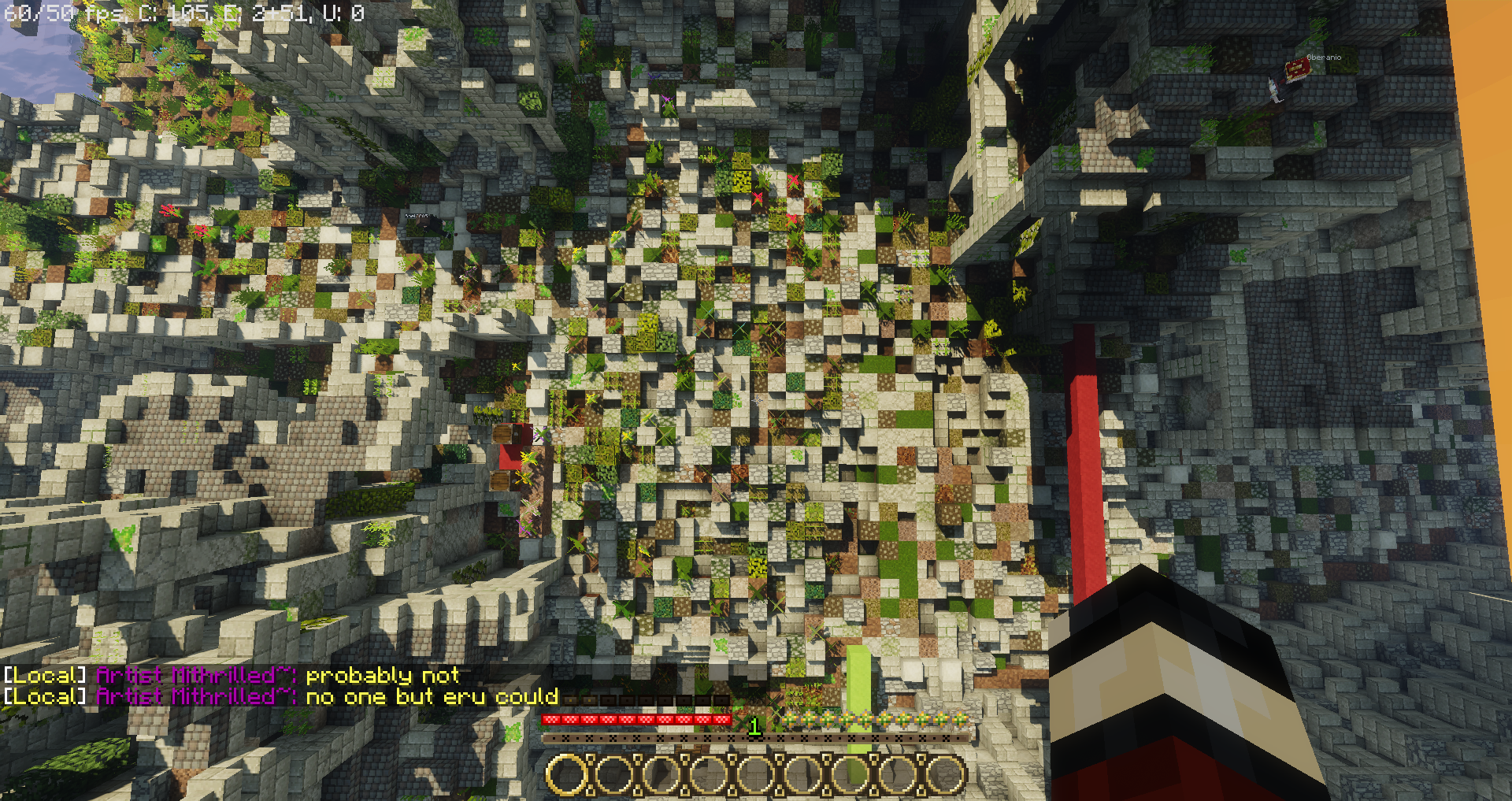 Staff member
Designer
Commoner
As we talked about on the server, we decided that we are very happy with you participation in plots and jobs. The main thing that is missing before I can give you a full review of your artist application is a fully finished theme build. So I would like to motivate you to finish your Lake Town TB so that we can through your build. In the mean time if you need anything just pm me on discord. Good luck finishing your TB and on your road towards artist!

Donor
Commoner
Update: I helped with 2 jobs today. i didnt get some pictures from the 1st one but here are some from the 2nd job. Its storage in moria 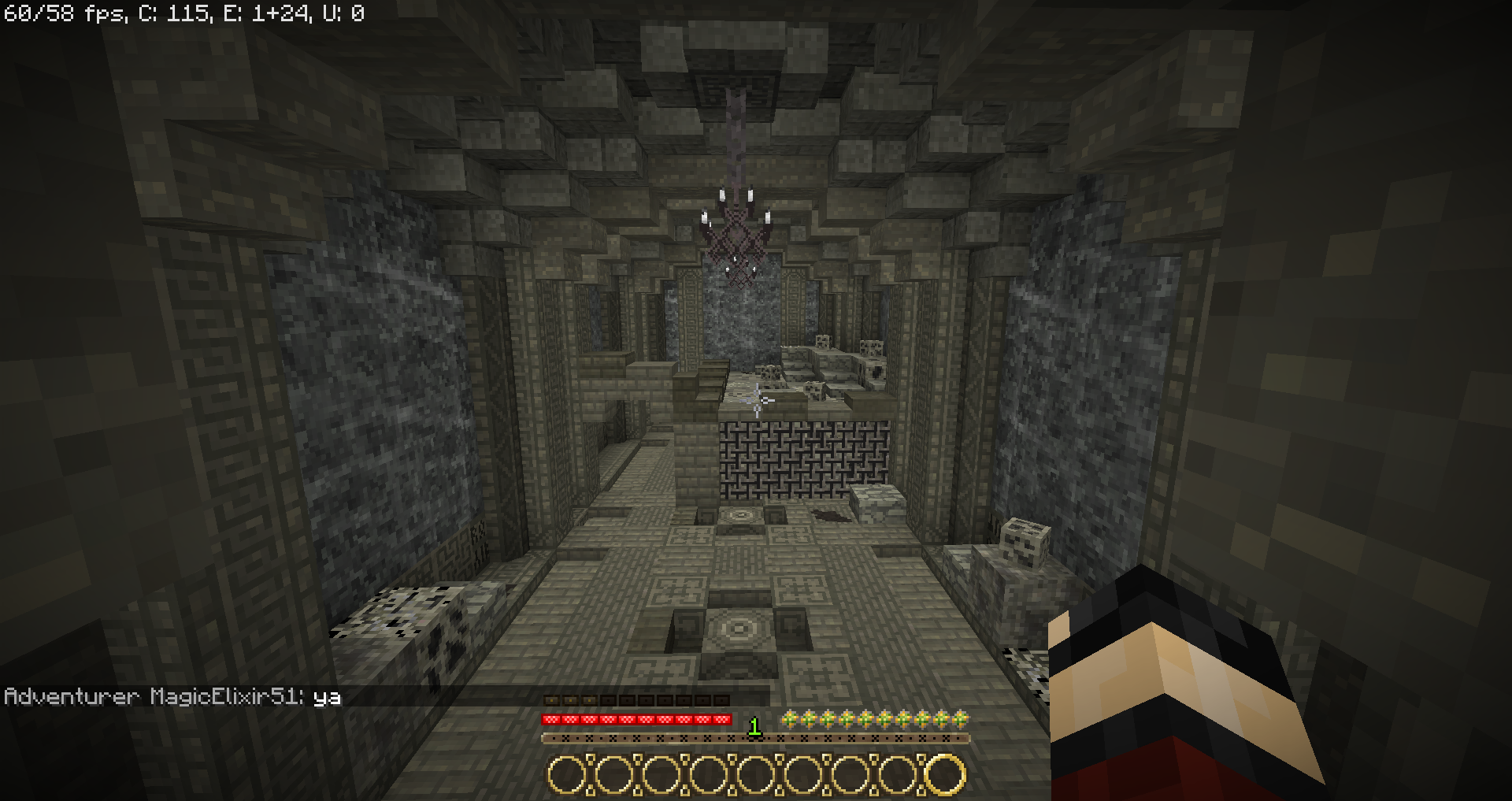 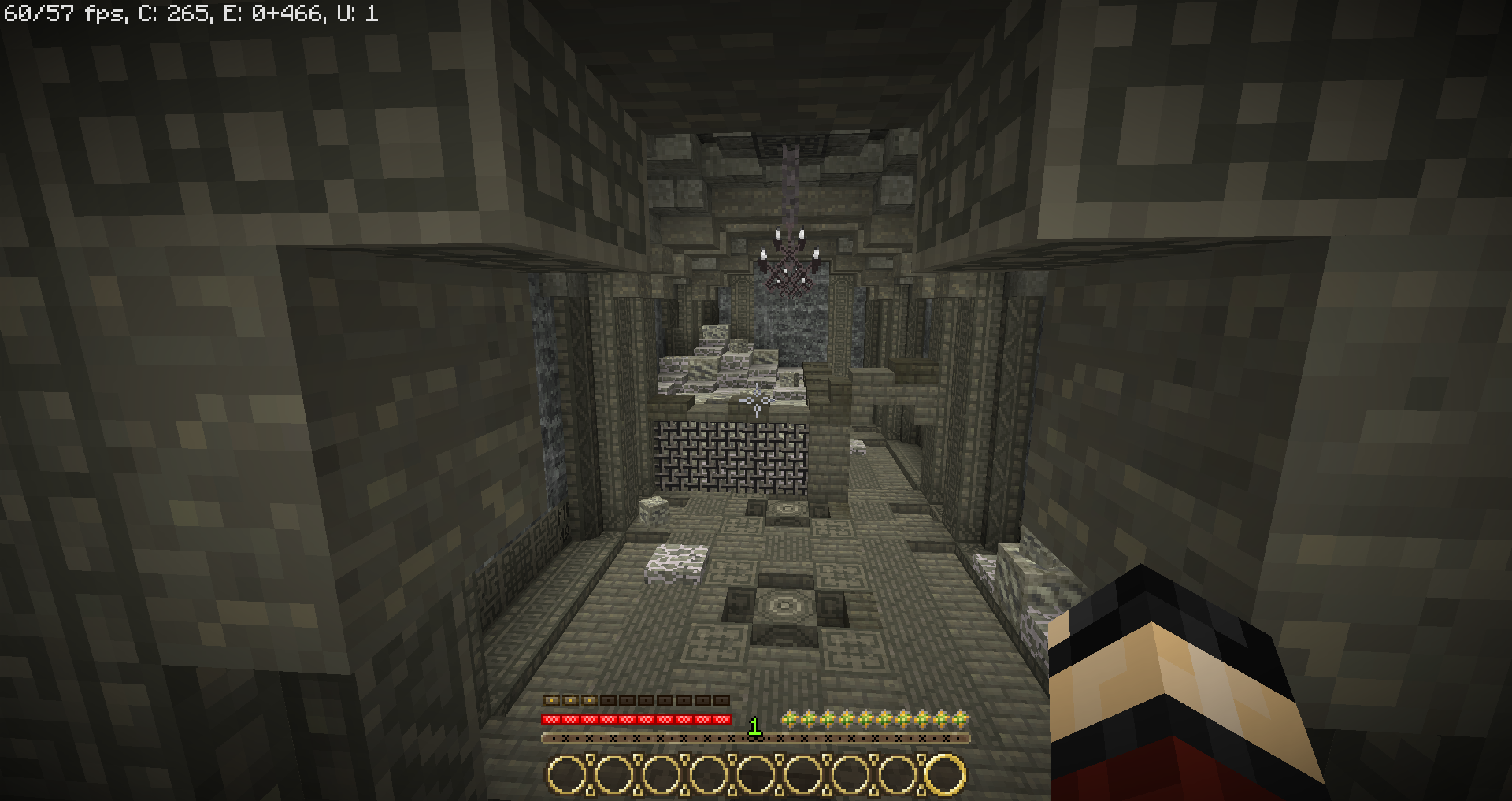 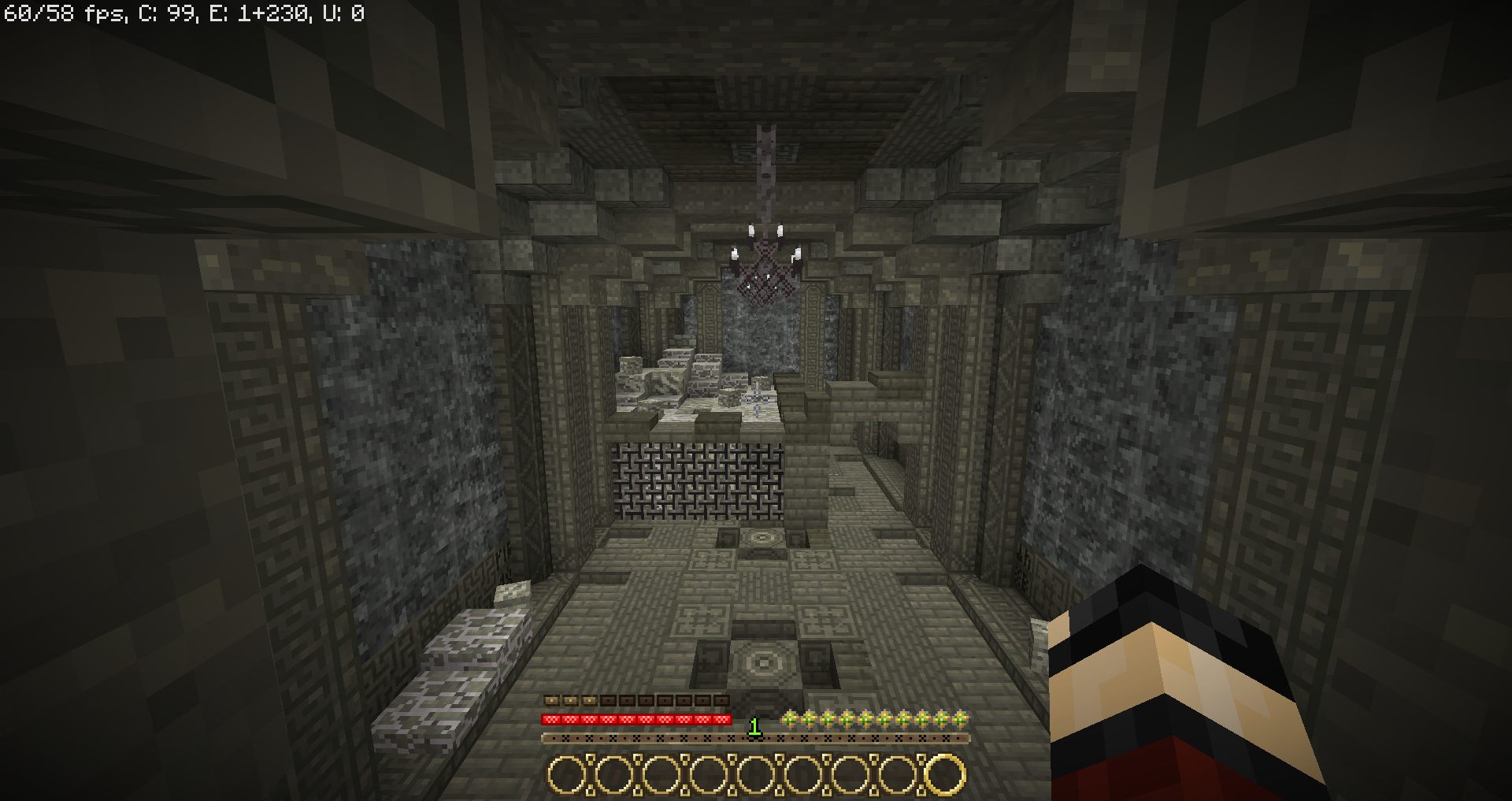 Donor
Commoner
im Working on a new keep. here i have some pictures. im not done yet, but i hope im done with it in about 1-3 days 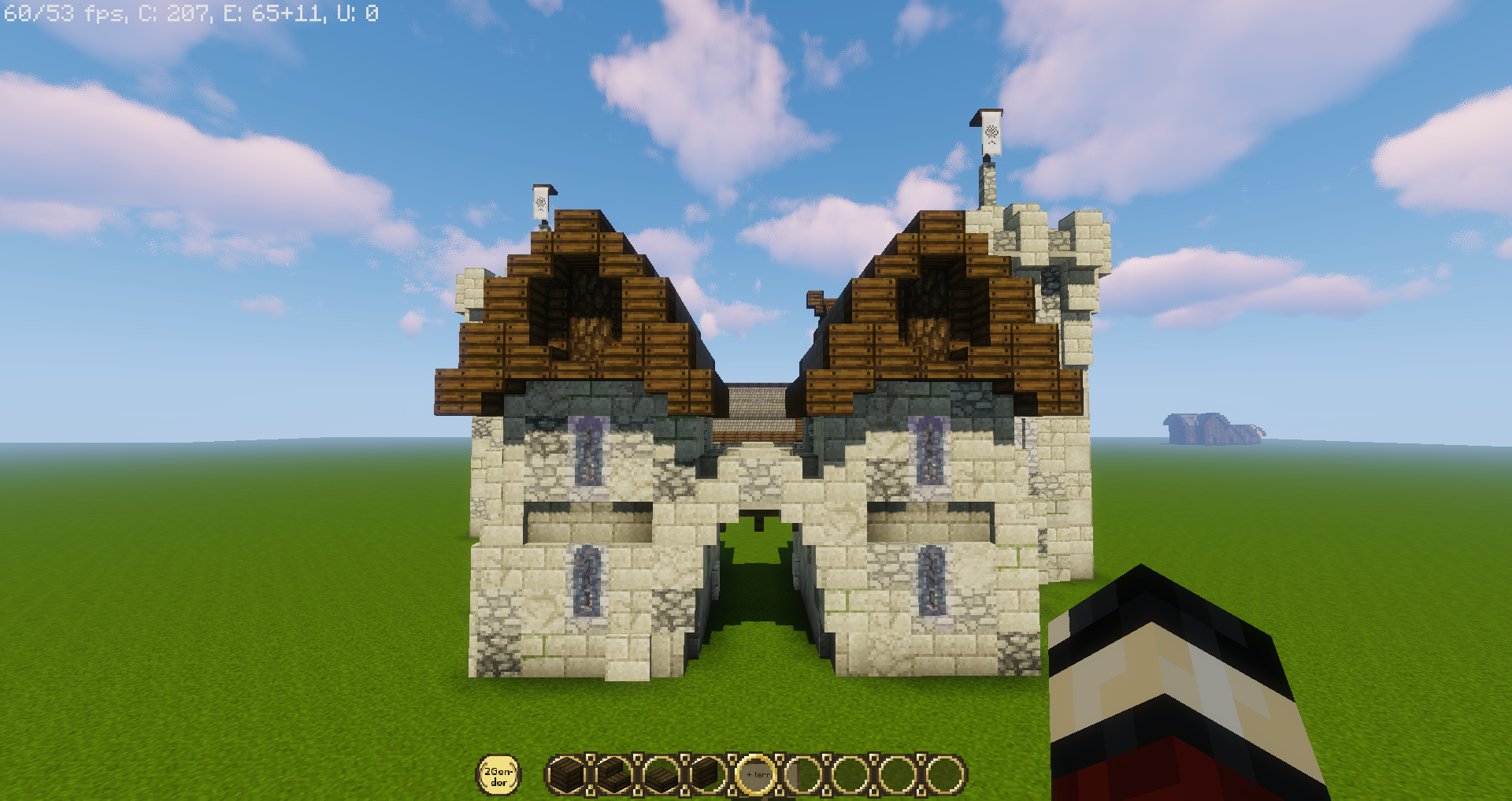 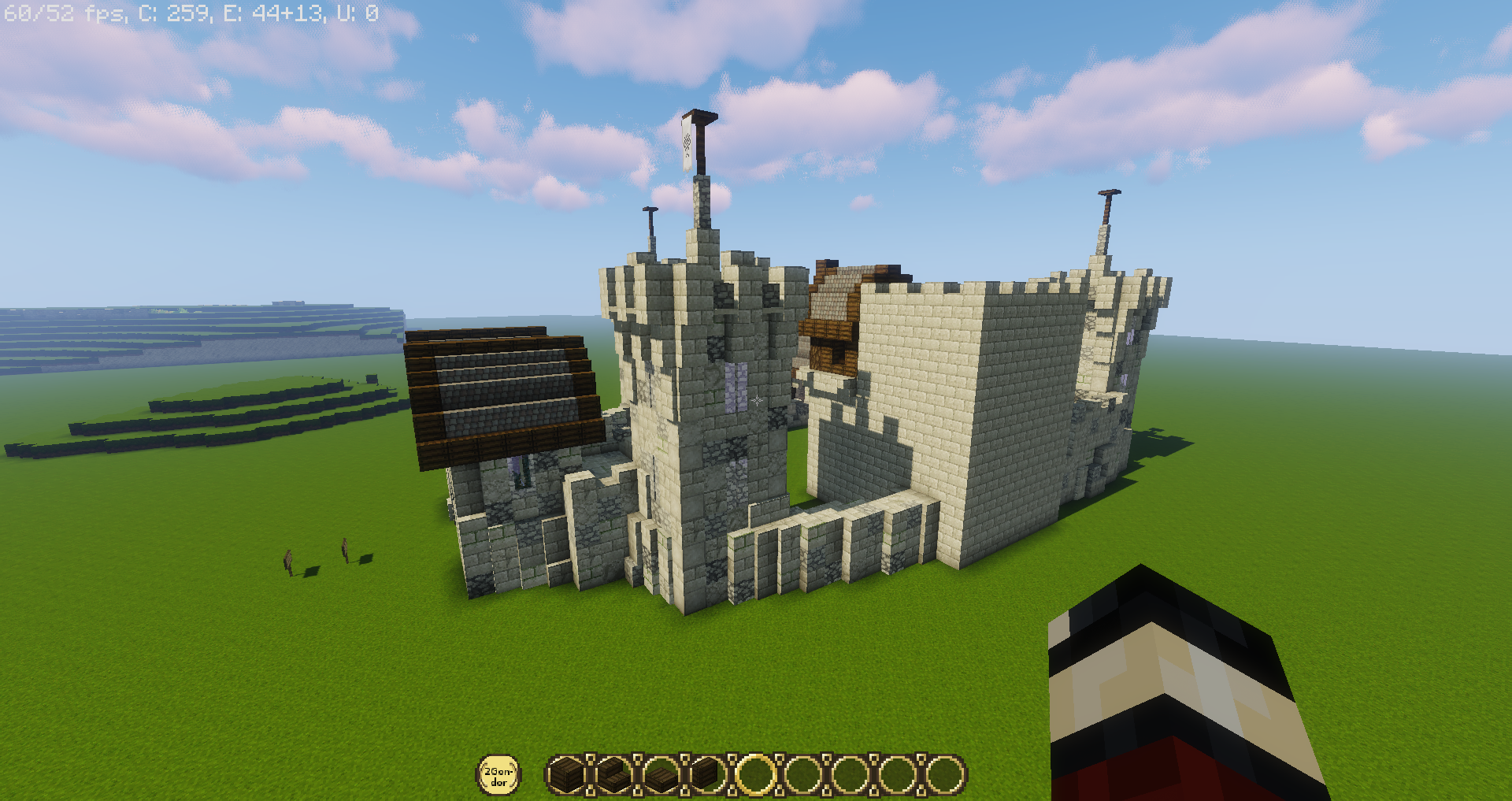 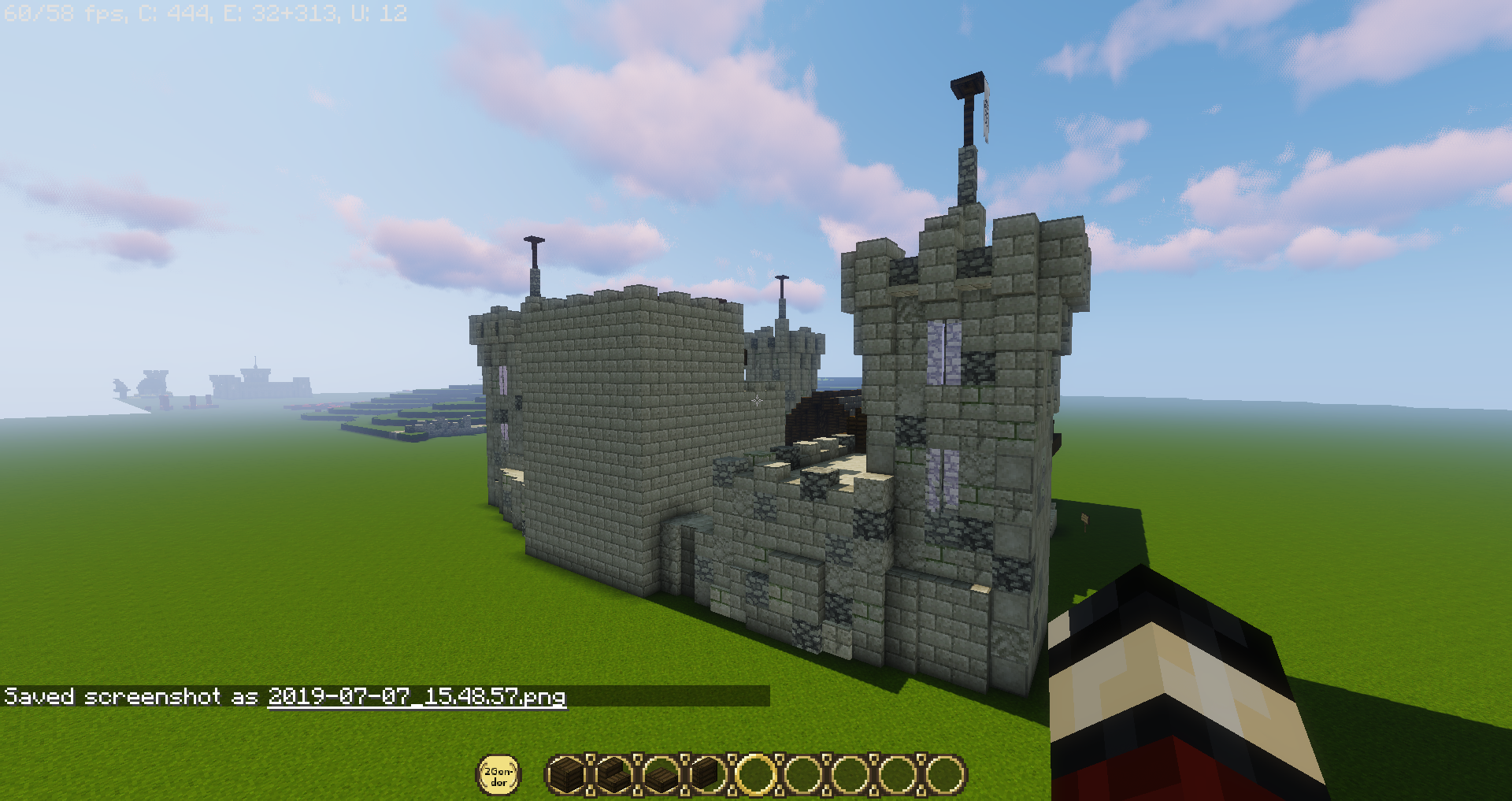 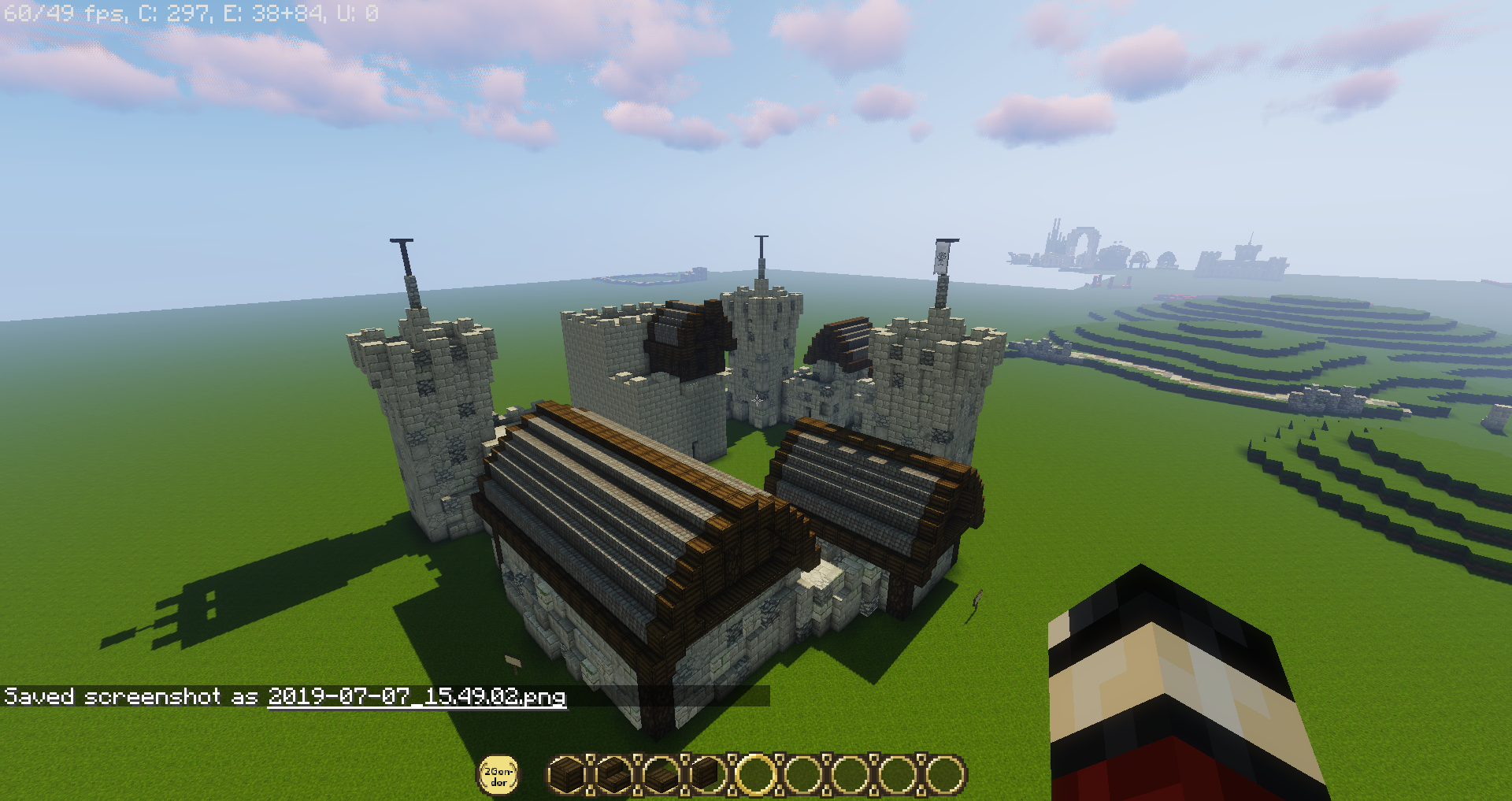 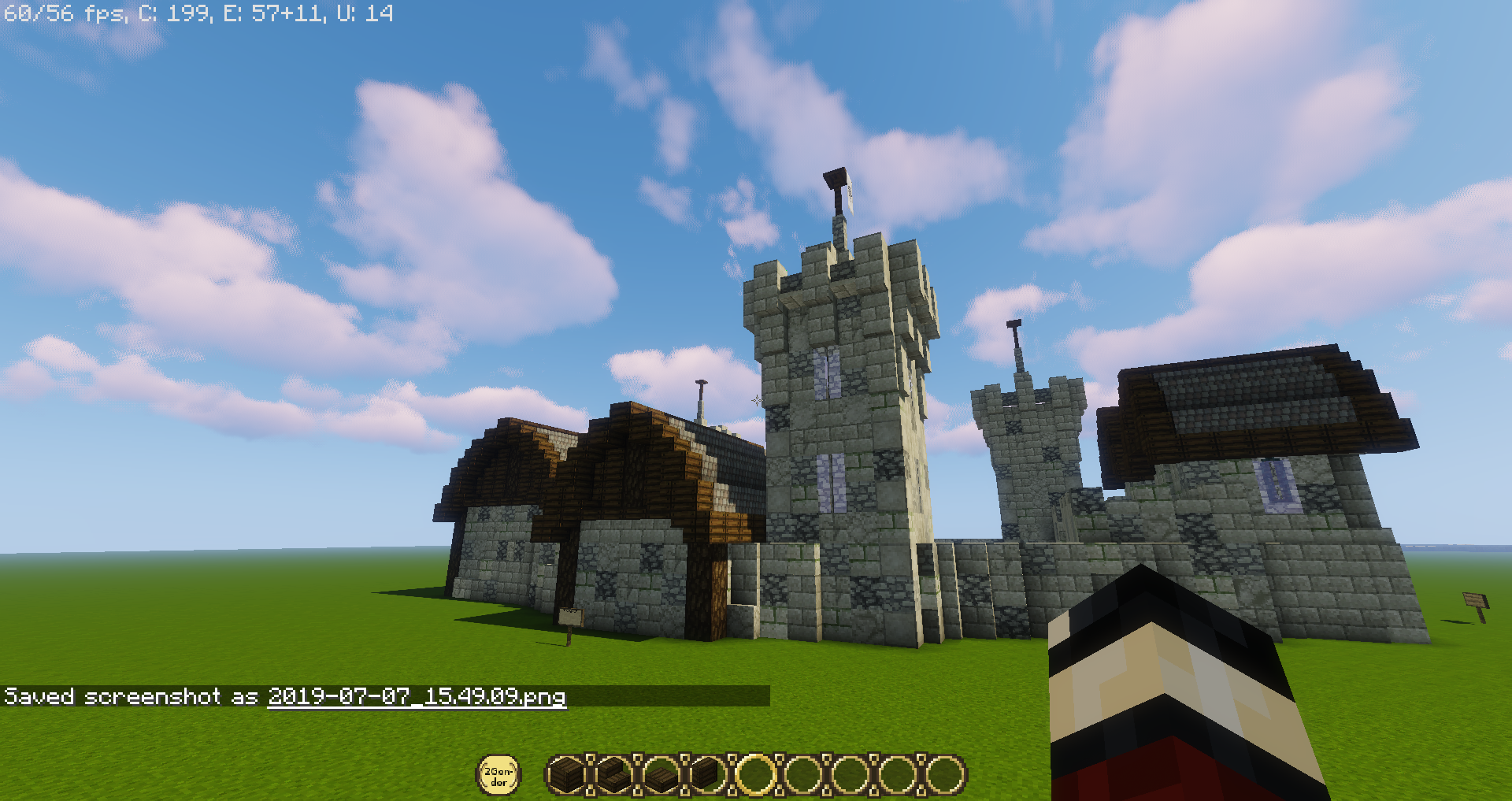 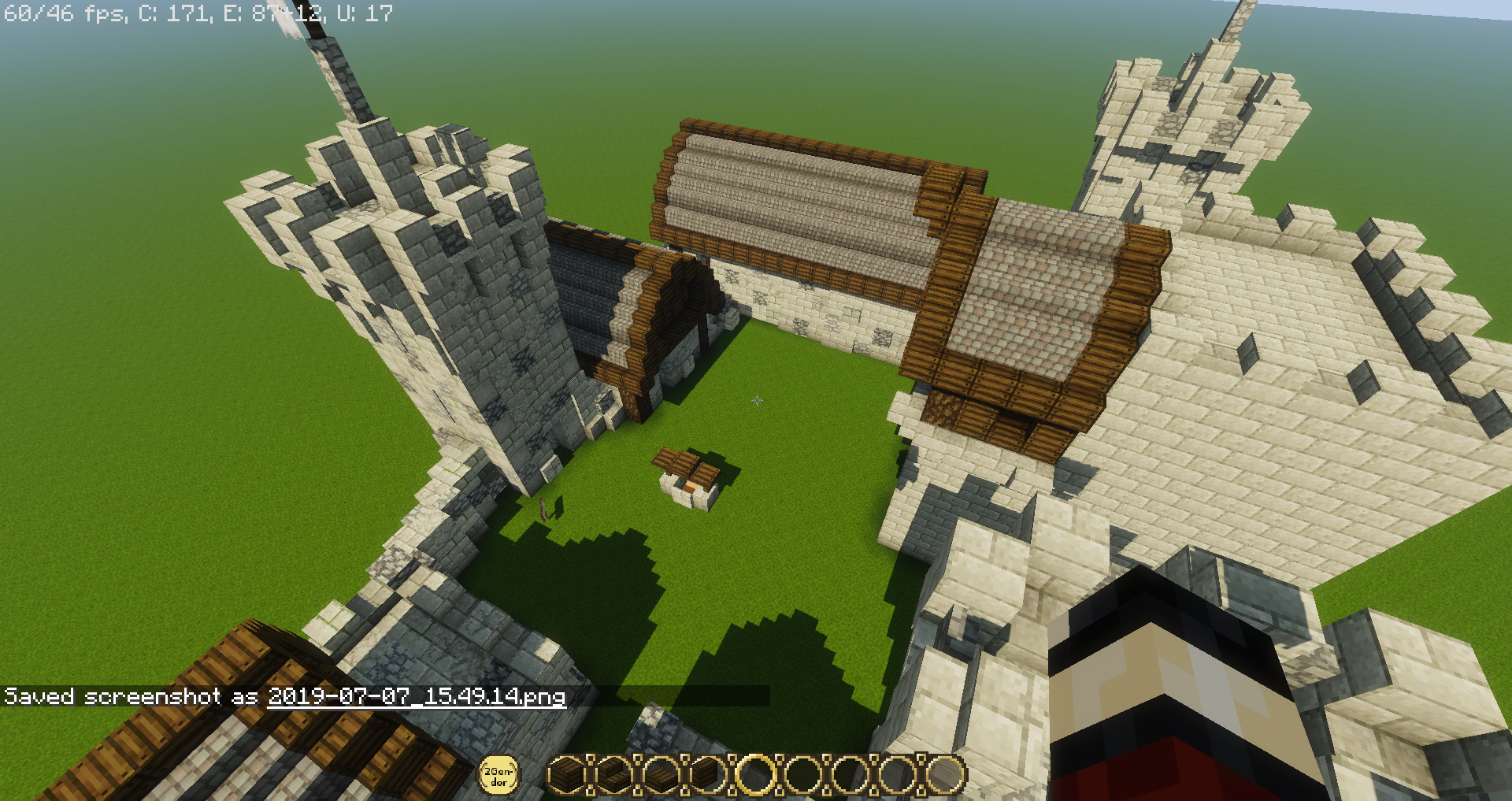 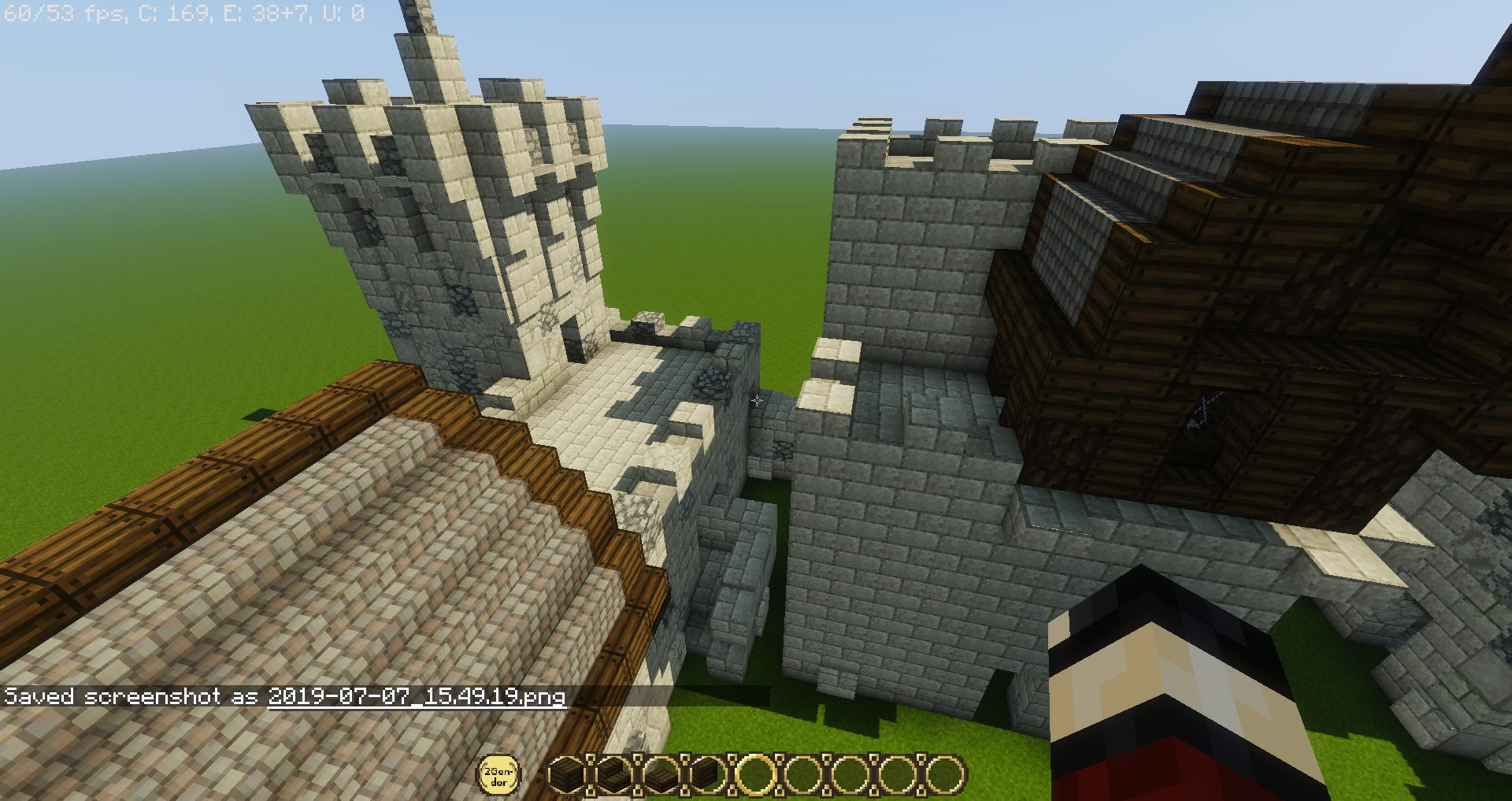