I am Amha333 and this is my Artist application!!!
I first joined this amazing server at 29,01,2020 then I became a commoner after 3 days of playing! After that I played all the way until the last days of Draos rule as the consul of the commoners, then I logged off until recently, now I have been in the server for 20 days since I joined.

I have joined many jobs but unfortunately I did not keep track of them so I really cant remember in which jobs I have been and with who. I only remember that I have worked in Moria, Fenmarch, Osgiliath, some places around Dol Amroth and maybe some other places that I cant remember.
I have some pictures of things that I have done in those jobs: this is the album: The jobs
In Moria I made a ruined bridge and some stalagmites and stalactites, and some removing of vegetation in Osgiliath, the small trees around Dol Amroth and that stream close to Fenmarch also I helped with Fenmarch itself too. I am sure there were more jobs that I joined but these are the only things that I can remember.

I am also doing some theme builds, even though I only finished one of them which was actually my first theme build too. The theme was Rohan village and it was one of the best theme builds of that theme but no one put it in MCME news because they forgot about theme builds completely
There is an album from it here: The Rohan Village and you can find it here -1123 64 44761

In the FB though I was busy with many things:
Here you can see a tower built by me for Umbar, remained from the Gondors rule over there 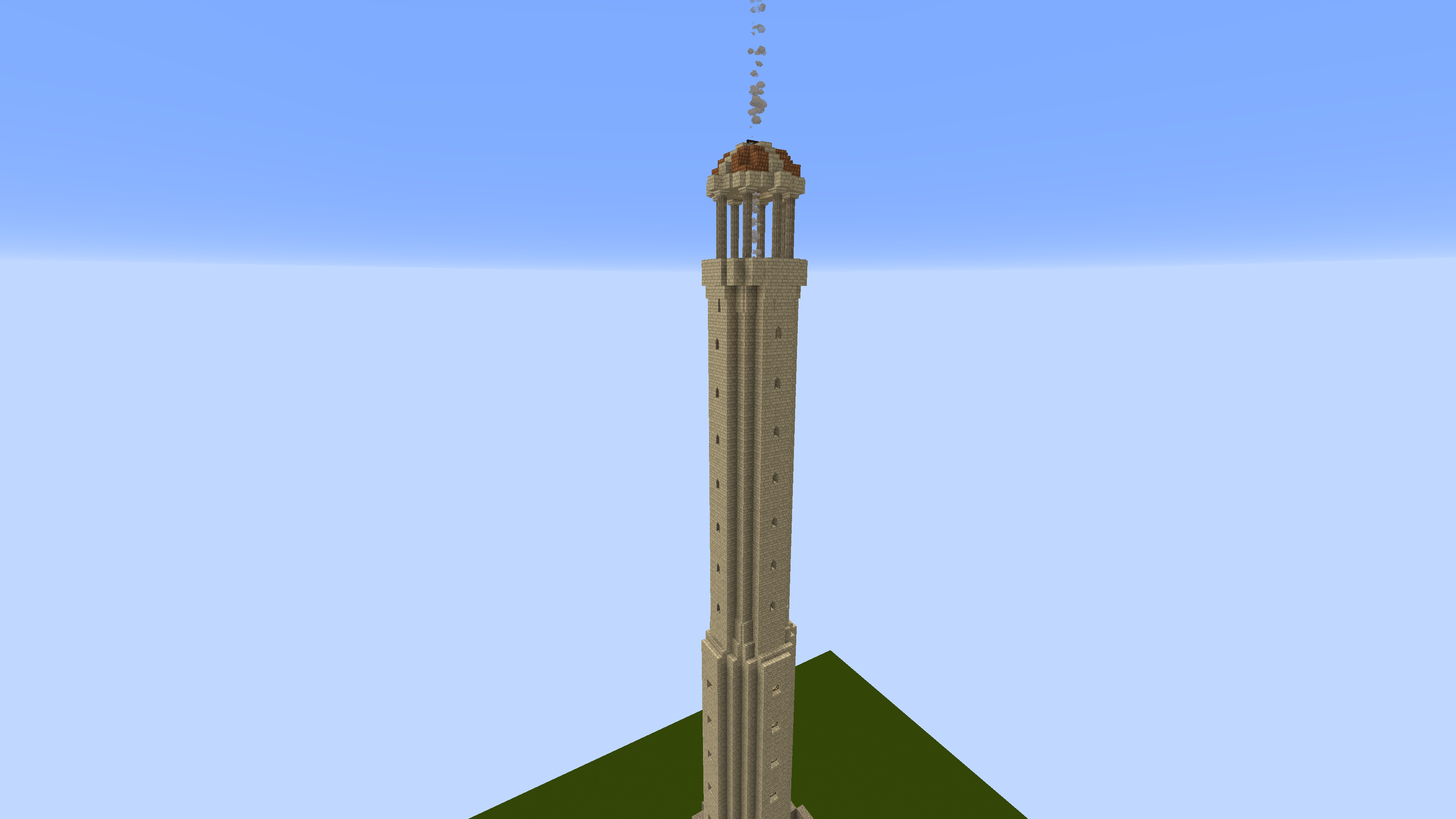 This one is part of a hall in common room 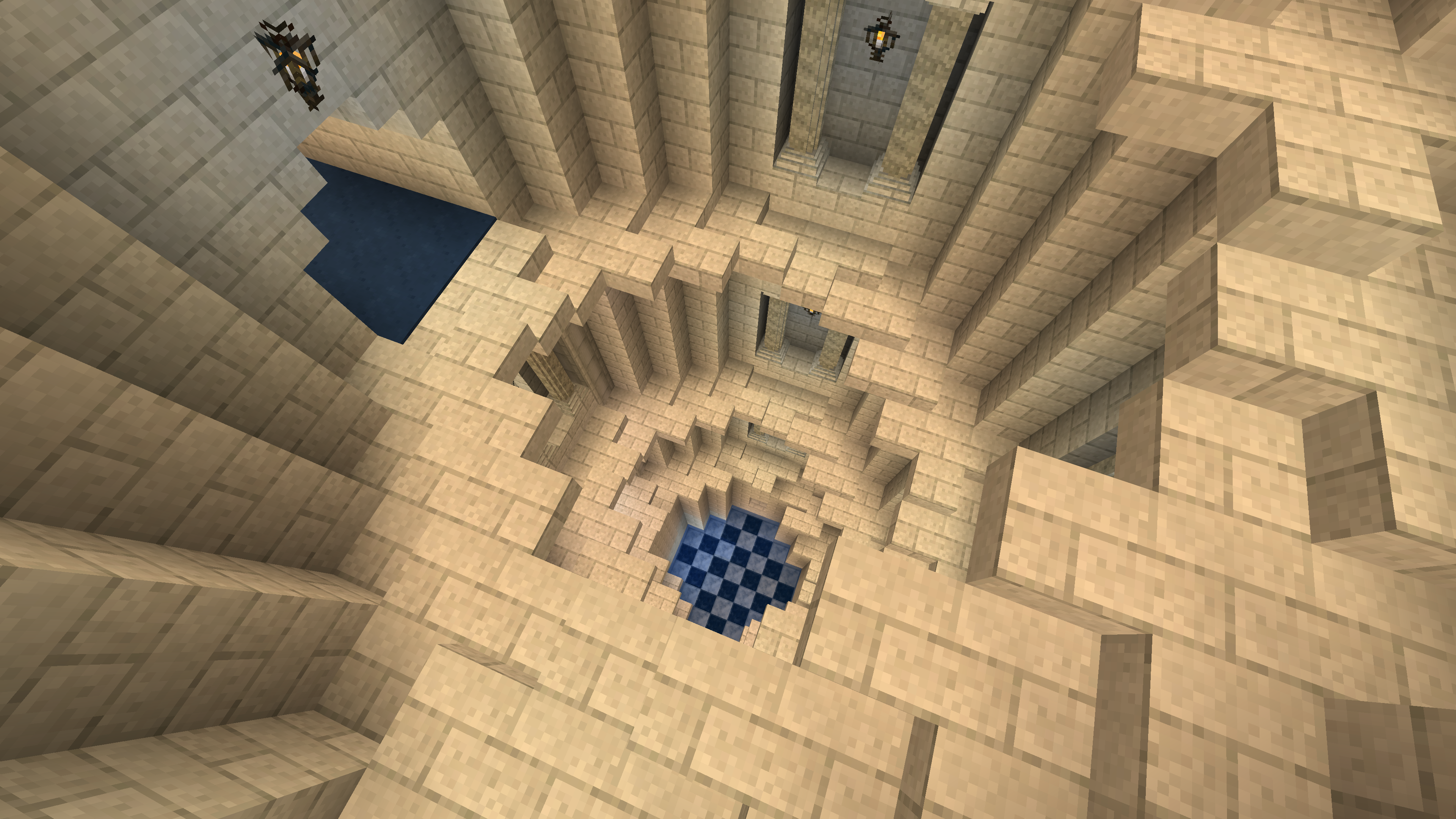 You can see some houses here built in Persian style, and I got inspiration from some villages there which are on mountain slopes and so they are somewhat stacked on top of each other 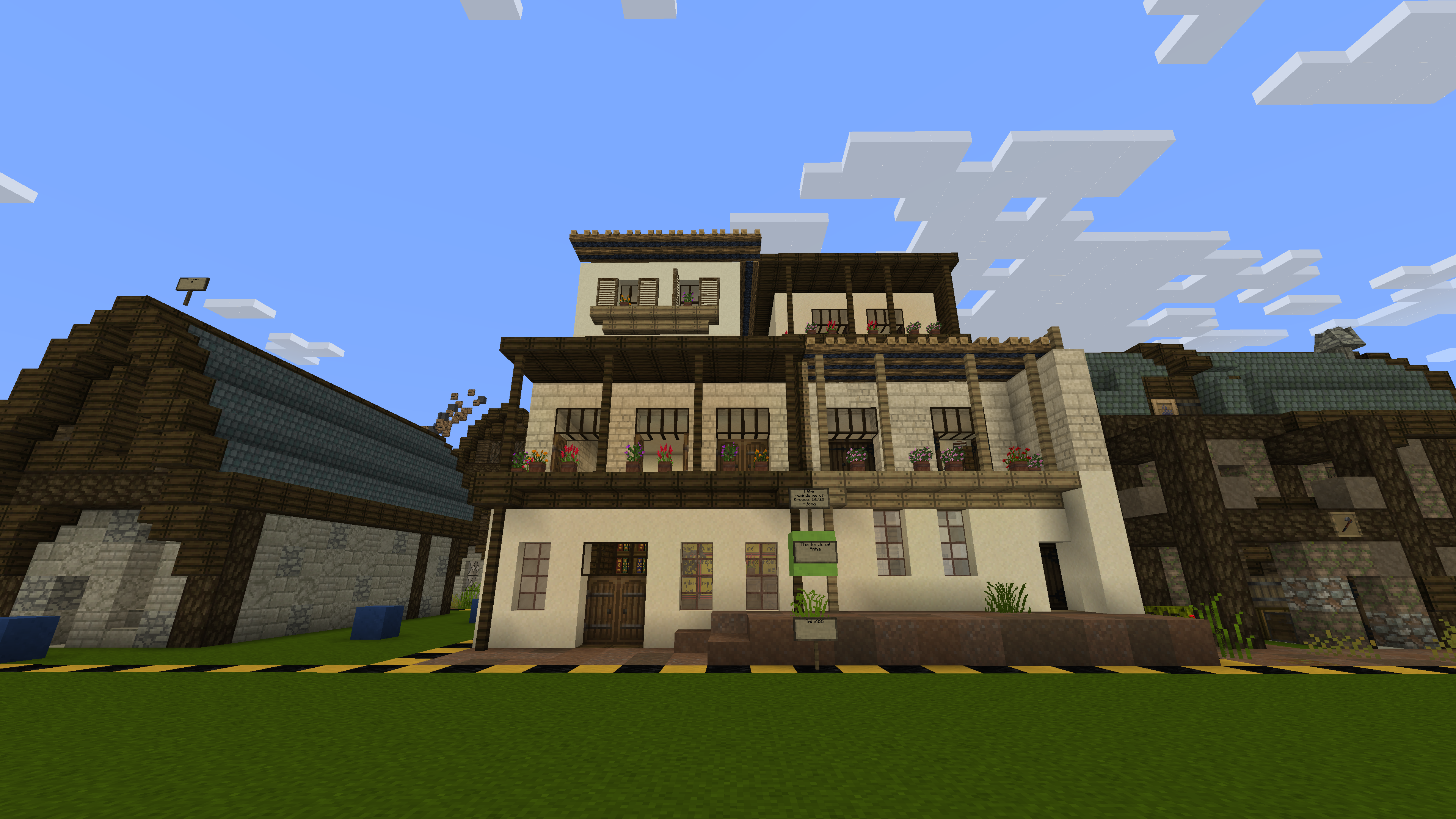 These are some of the 16 statues in central garden of the common room which were built by me, you cant find them any more though because someone came and just destroyed them
Here is its album: The statues in the Common room

This one is a tomb for me, and because its old its ruined too 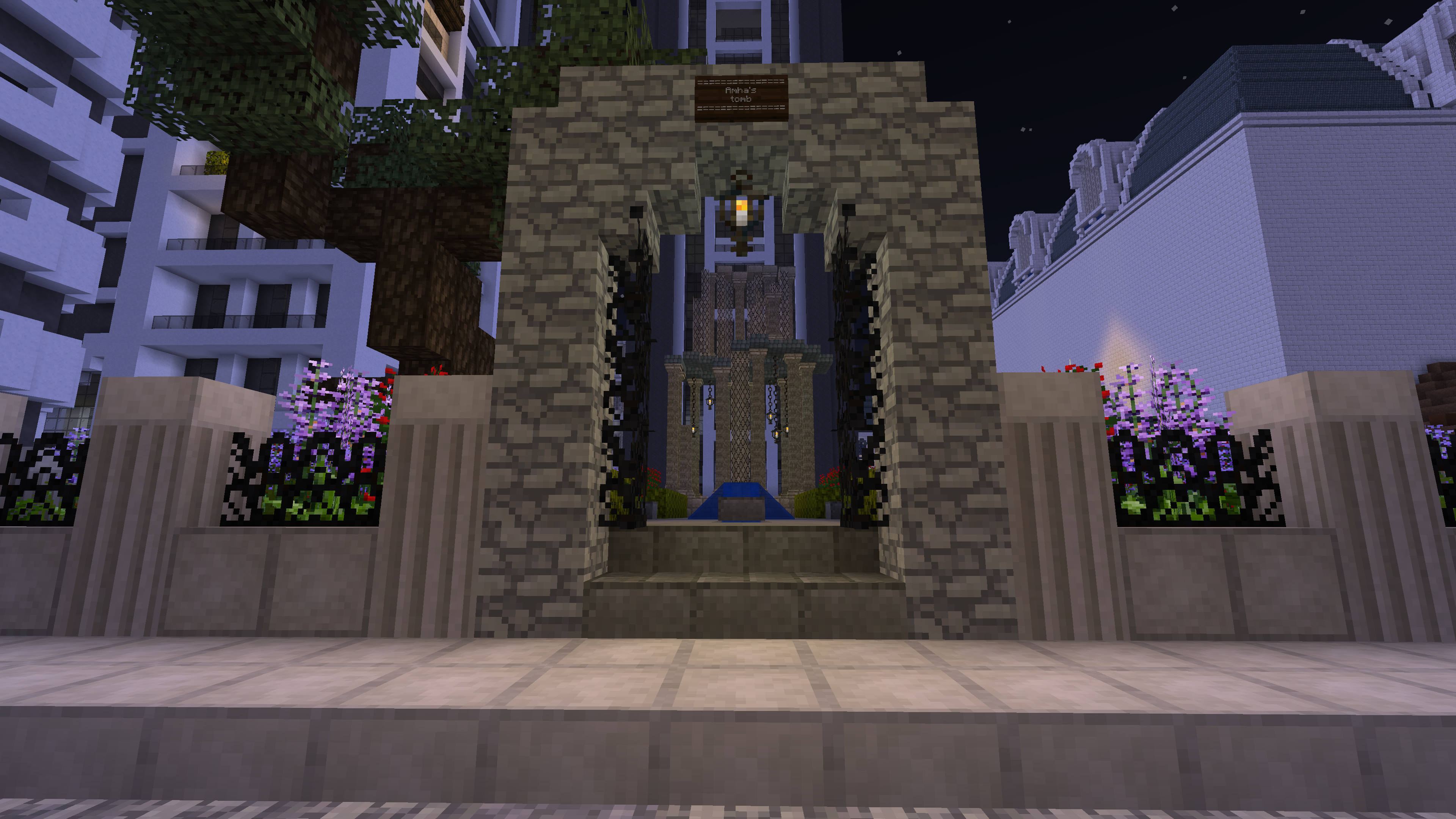 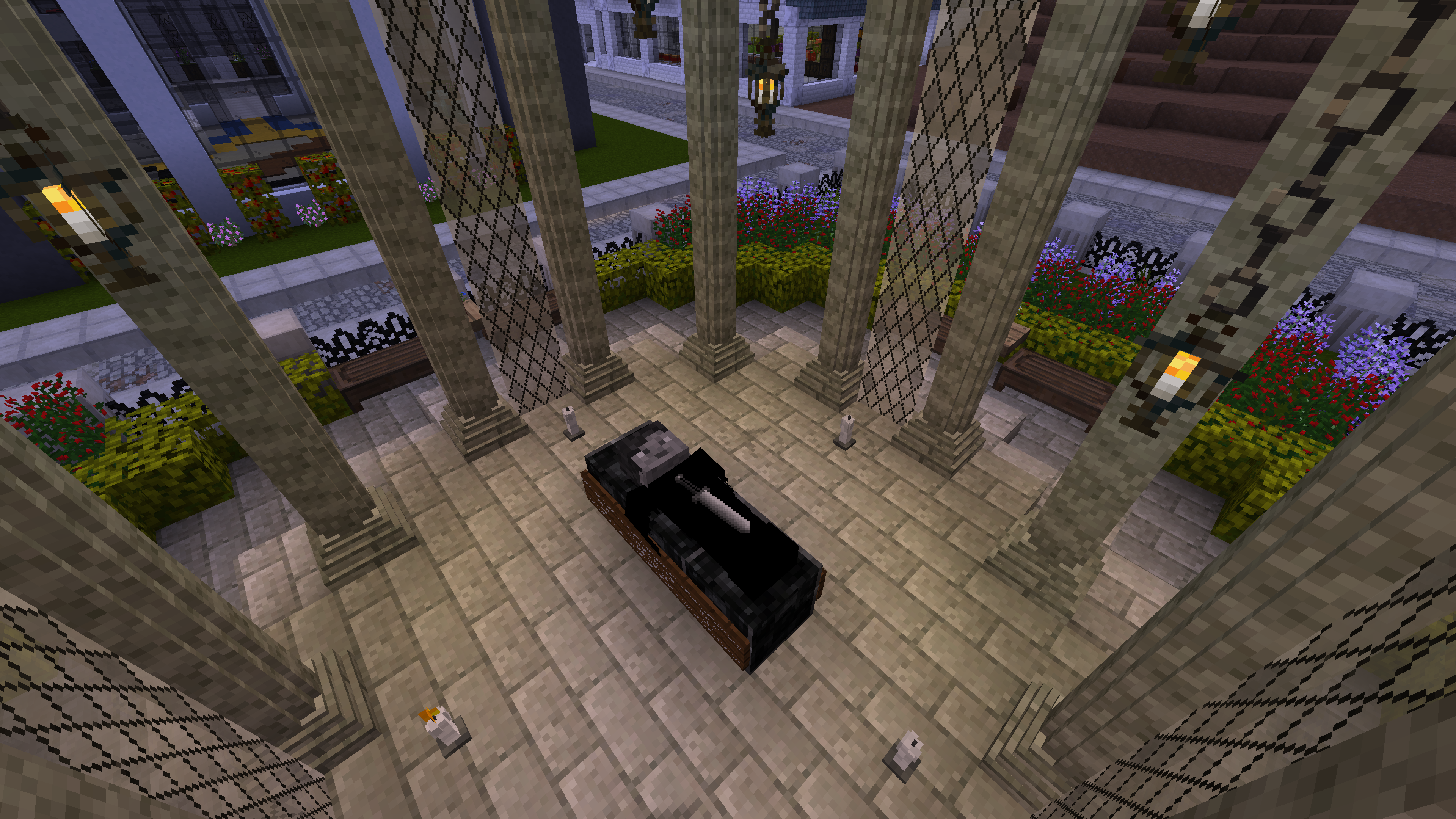 This one was a small villa built in Roman/Greek style
Here is the link: The Roman/Greek villa
This one is planning of a castle in the theme builds, I changed my ideas though and it shall look different when I finish it 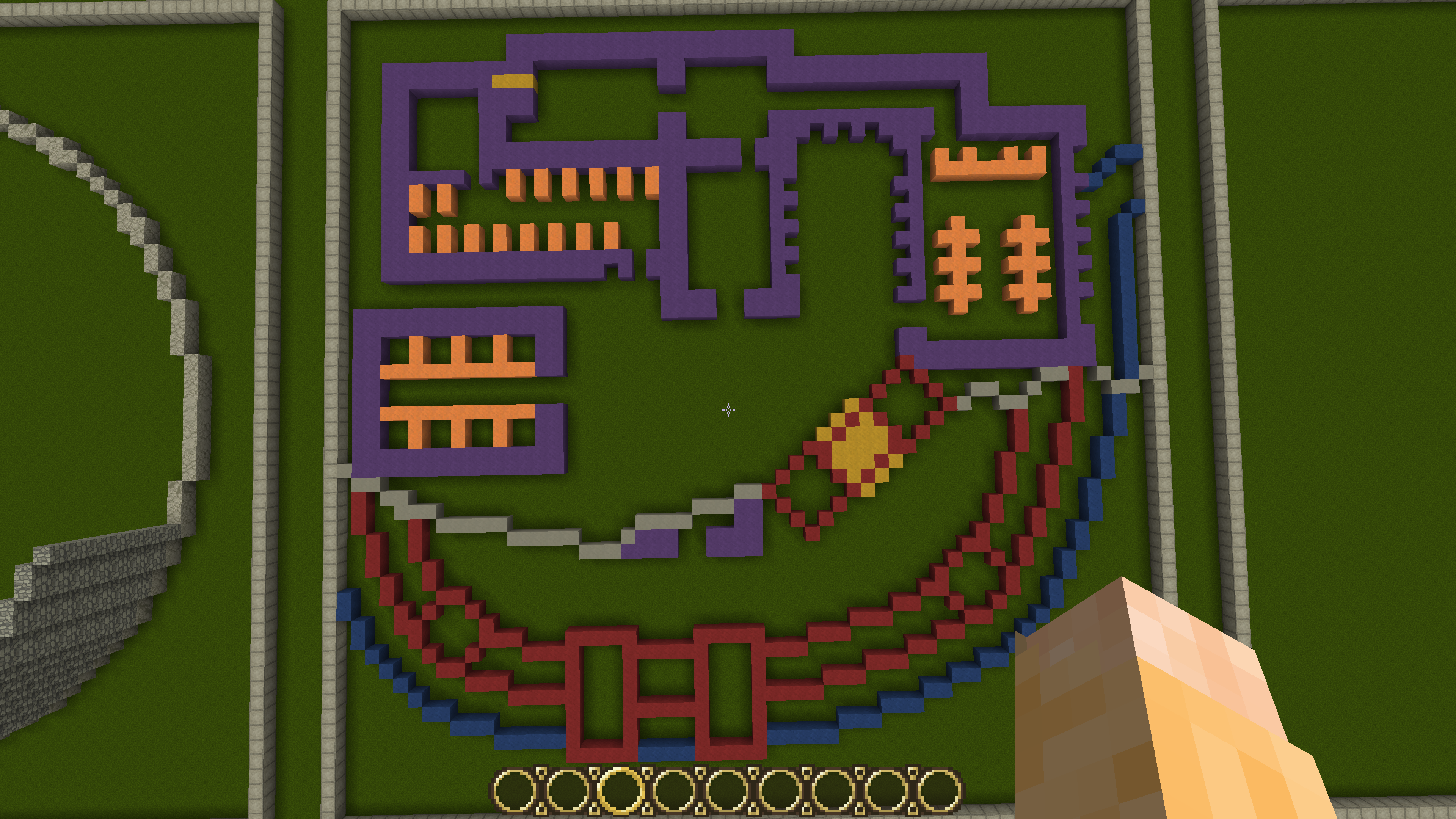 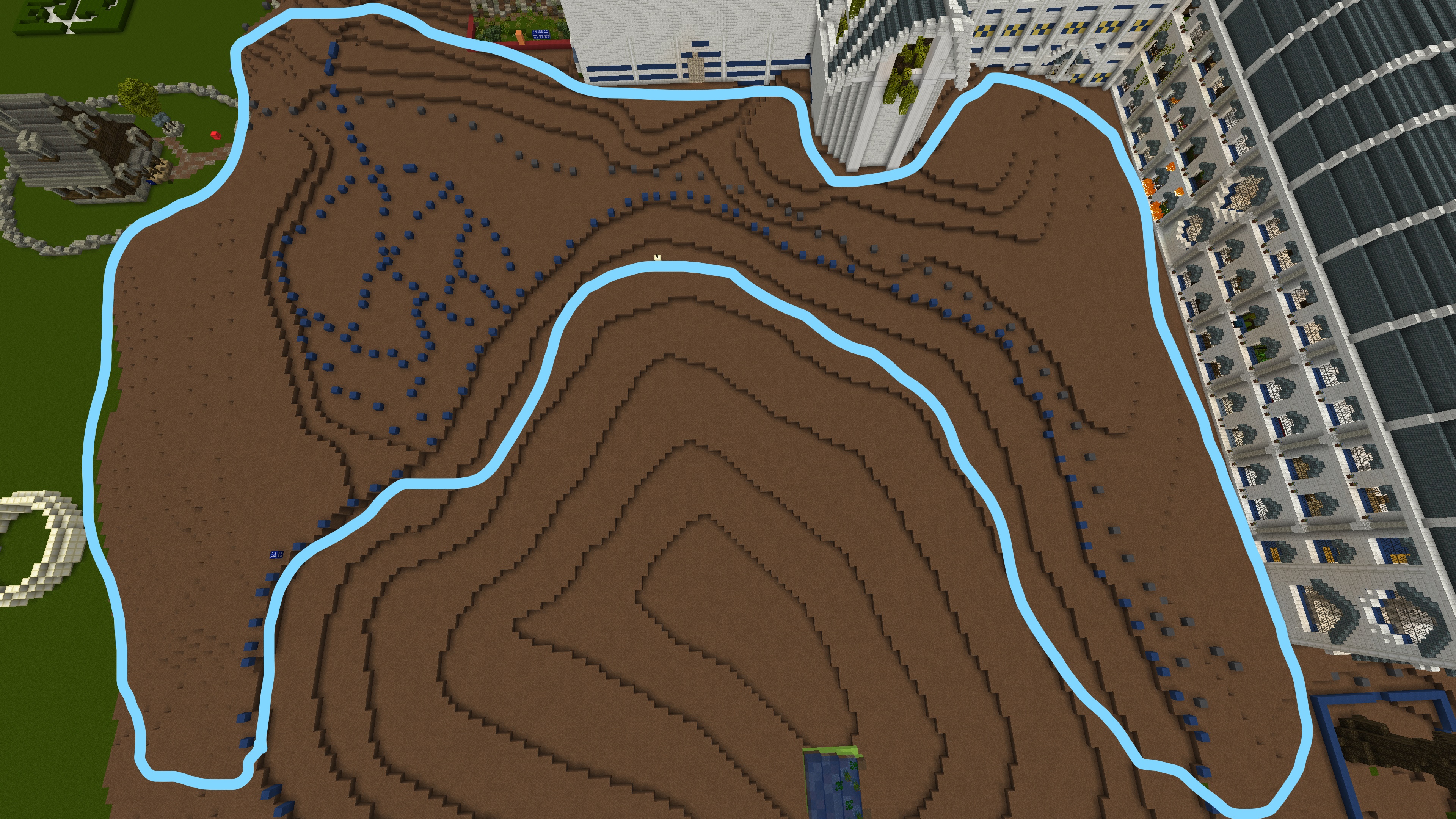 Mm, well that wasnt the last one so we shall continue and here u can see a small hall in common room by me 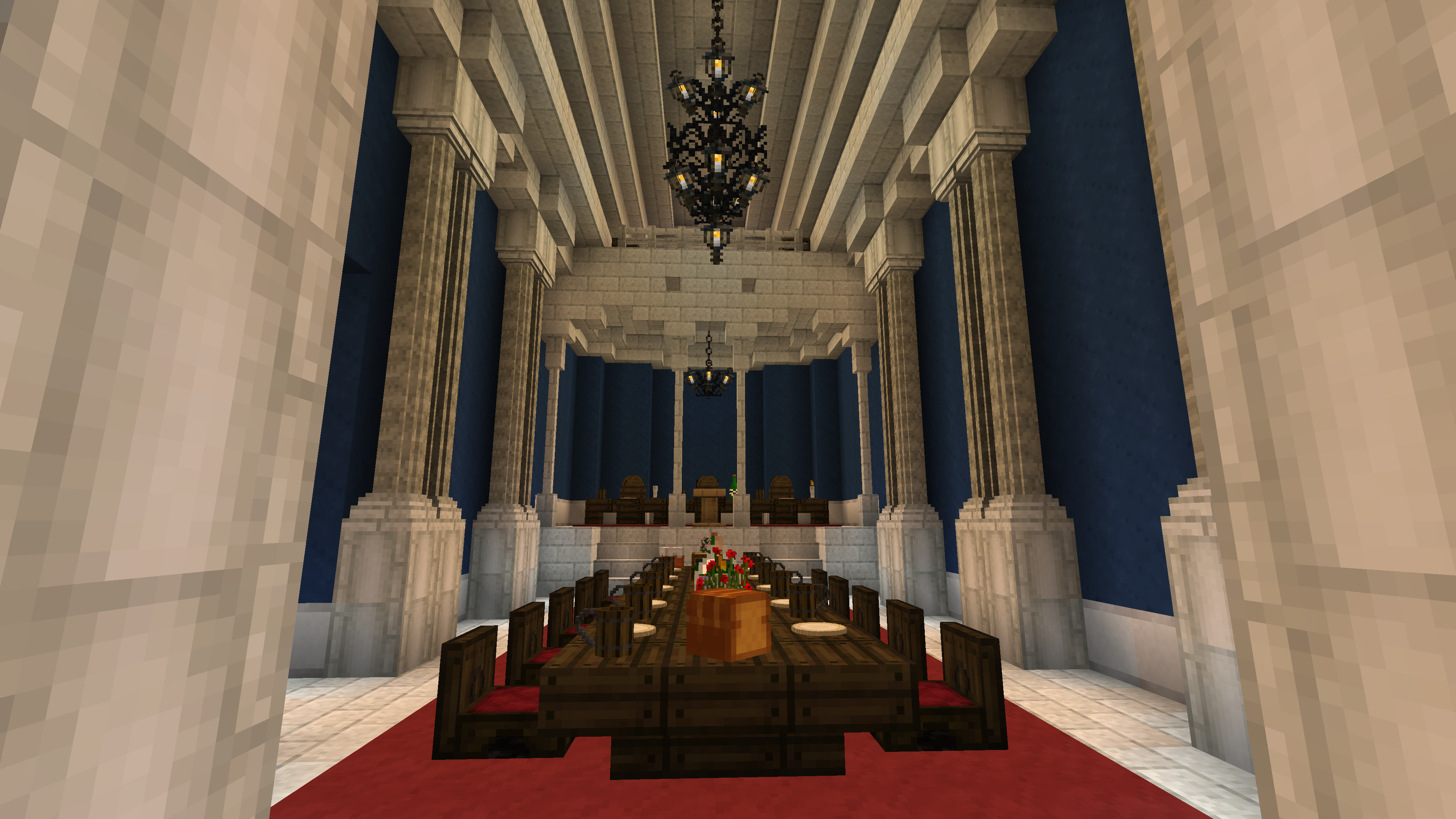 And here is a bath house thing, I am not sure what is really but its a room in common room built by me 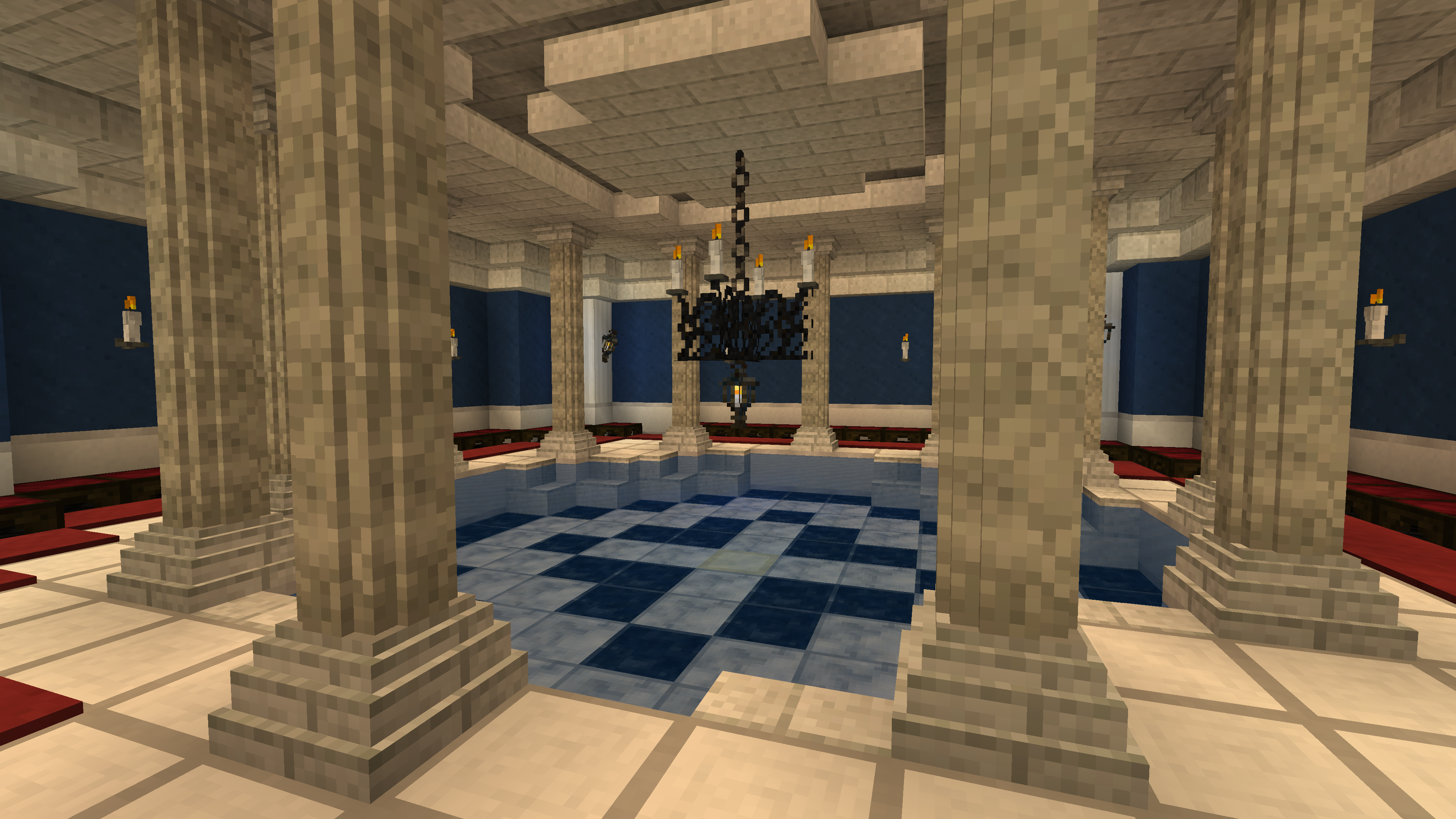 This one is a gate house for the vault which I built recently and has all the needed defenses so it is actually practical and usable in real life too
Here is the album: the gatehouse in vault

Also I started to build a palace in a single player world but when I joined MCME I forgot about it and these are its pictures: 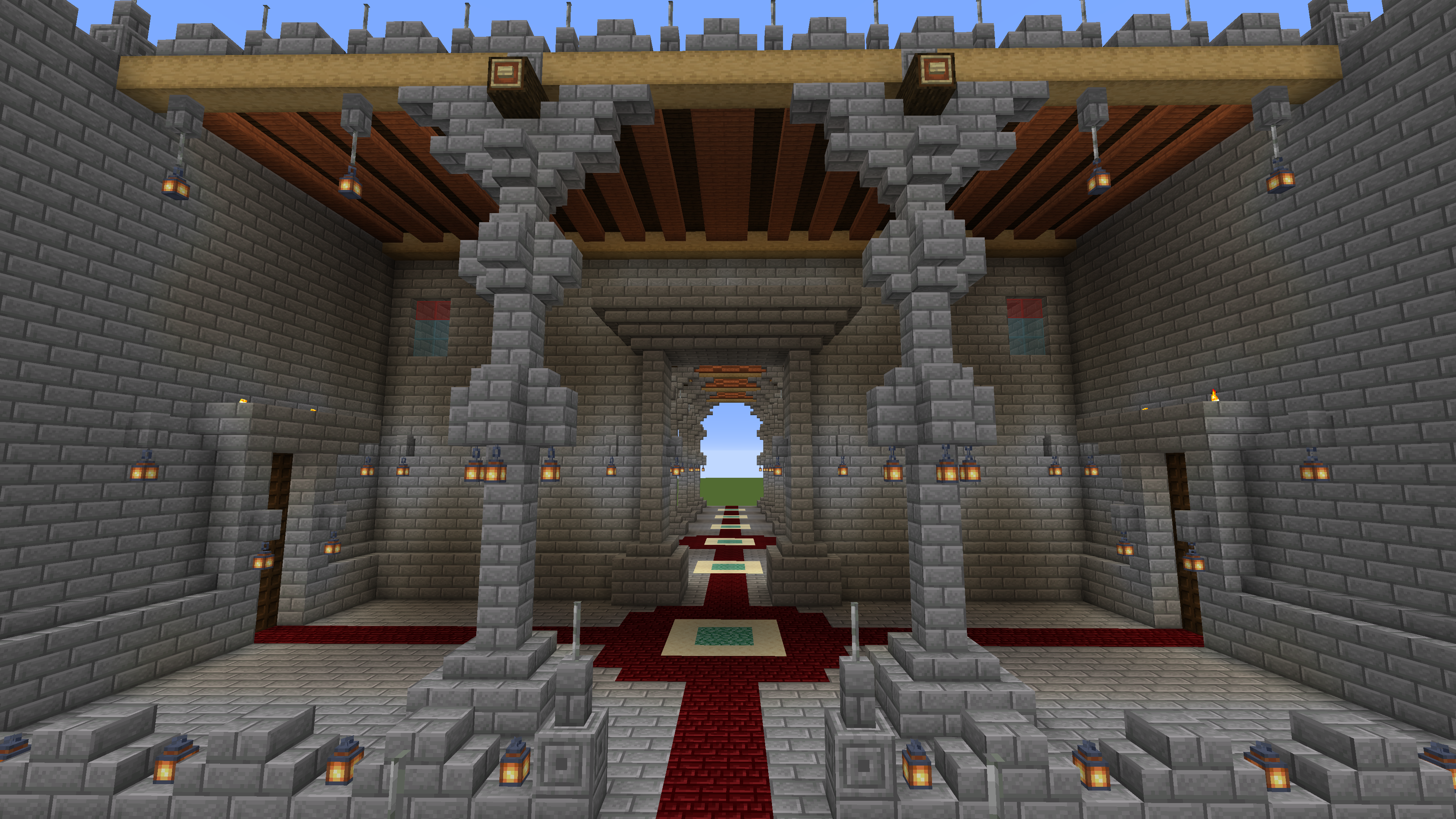 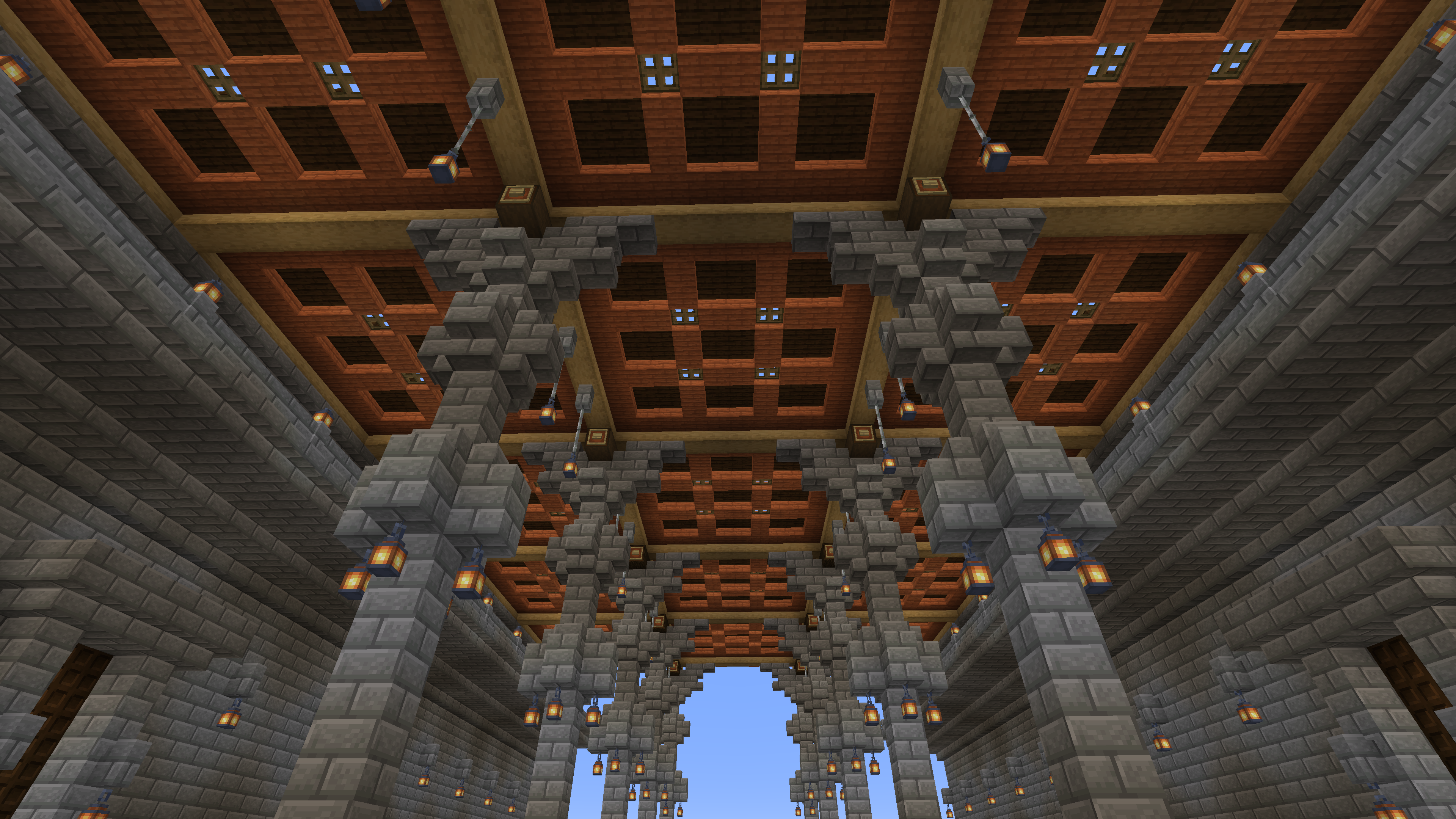 I really love to build in southern Rhun, Nurn and Northen Khand or anything about Easterlings. The reason is because I cant really find anywhere in Middle Earth which looks like Sweden or Scandinavia in general so Ill go for places which could have had their inspiration from Middle East for Persian culture was one of the oldest, most influential and important cultures there and I have some Persian ancestry to a noble family. Also I would really like to work on Avallone, Lond Daer Enedh and also Grey havens for they are the only real Eleven cities (except Lond Daer which is an interesting place because its a large ruined city and because I am gonna be an archaeologist I feel i am gonna like to work there too)

I am motivated because I want to bring the the deep world that Tolkien made (at least some parts of it) into minecraft in the best way possible. I really love building, and I do not look at minecraft as a game but as an art. Art of building. And I really want to become better at this art with practicing and getting feedback from every one, hopefully (even though because I am stubborn I usually use that feedback in my own way so I can say that I made that thing from my own mind and ideas not from the person giving me that feedback). As an artist I am gonna be able to do all those things in a better quality and quantity and in places more important.

And sorry that you had to go through links for seeing the pictures, I really did not find anyway to make it easier for you!
Thank you for reading this application and if there was any problem please tell me.
Amha333

Well, this is my first update:
I finished building a glacier in common room
all the parts to the top of the cyan wool is my work 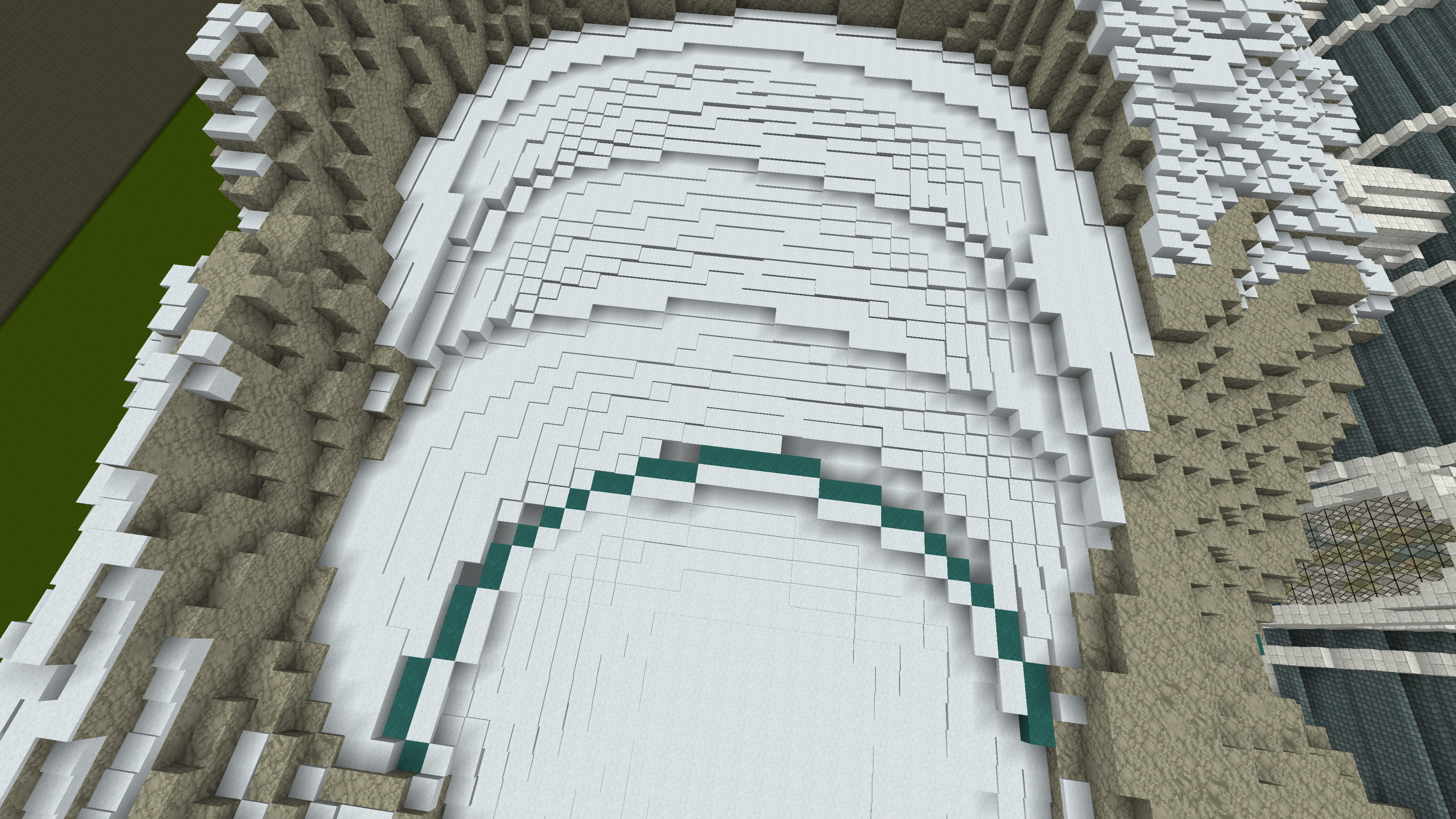 Well, another update we have and thats a Georgian style apartment which I built in common room! 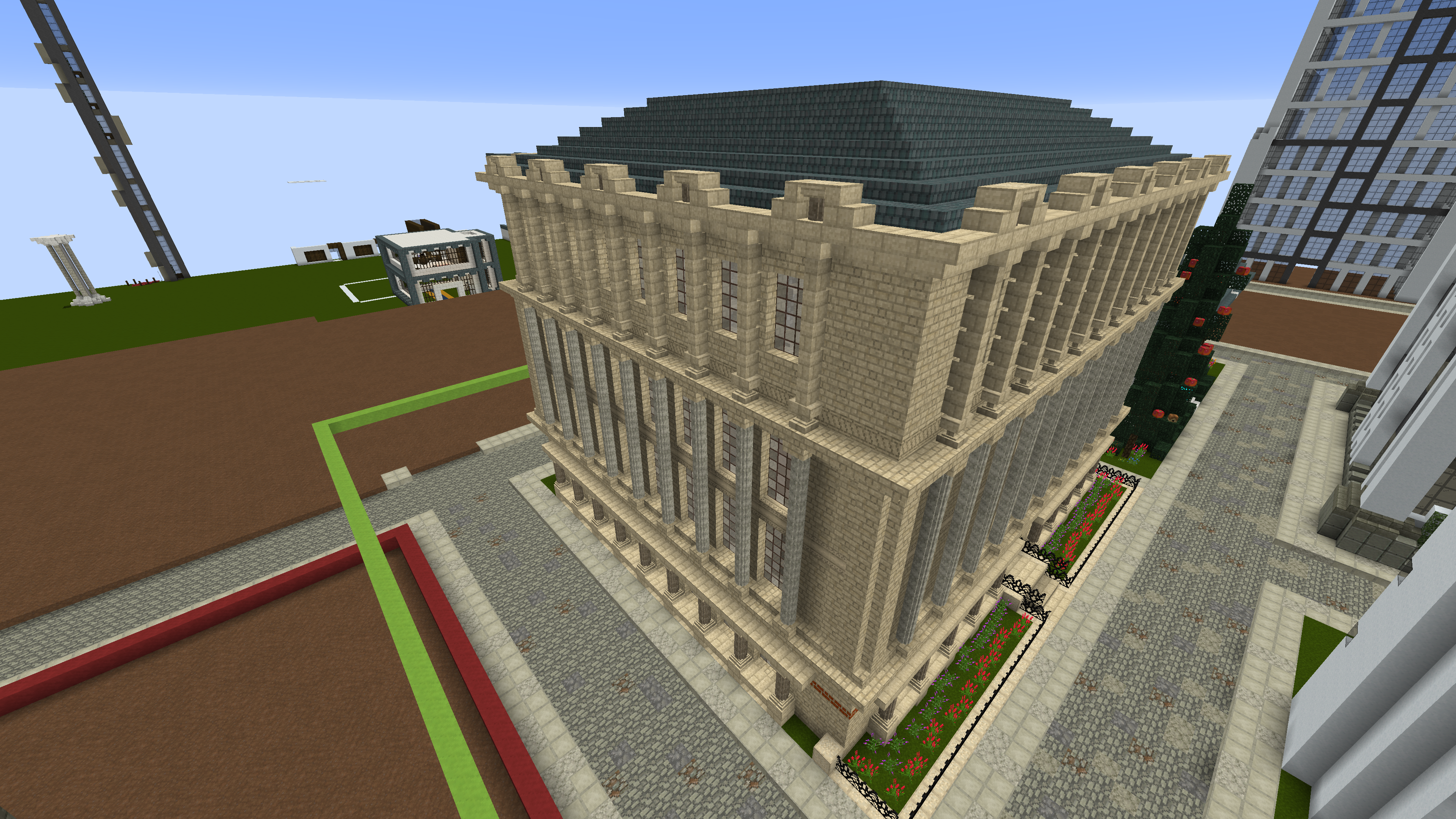 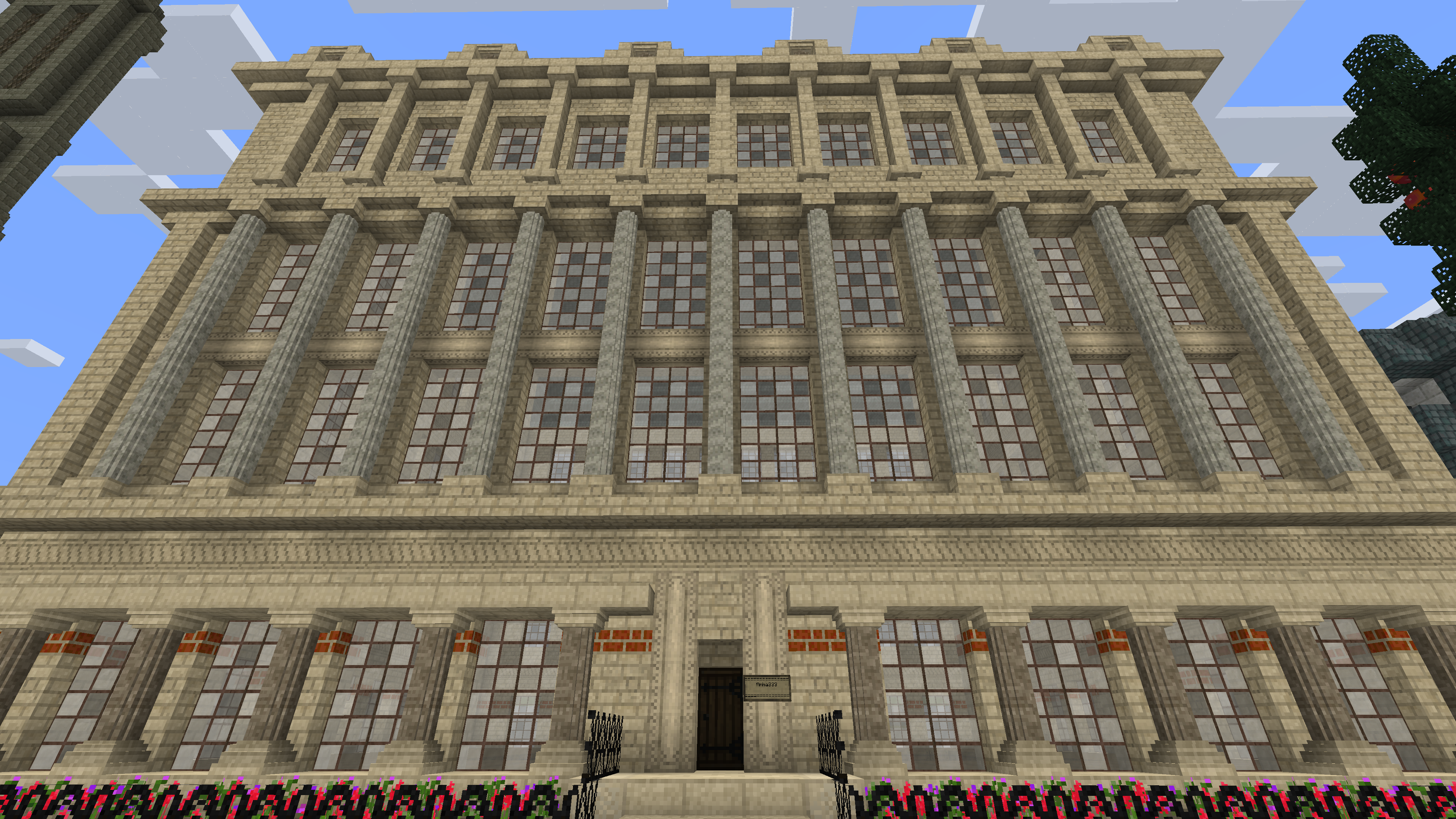 So we have another update and thats about a job that I joined with bart in southern Gondor, it was called shrubs and in the Shrub off or something like that it was, I became 4th. 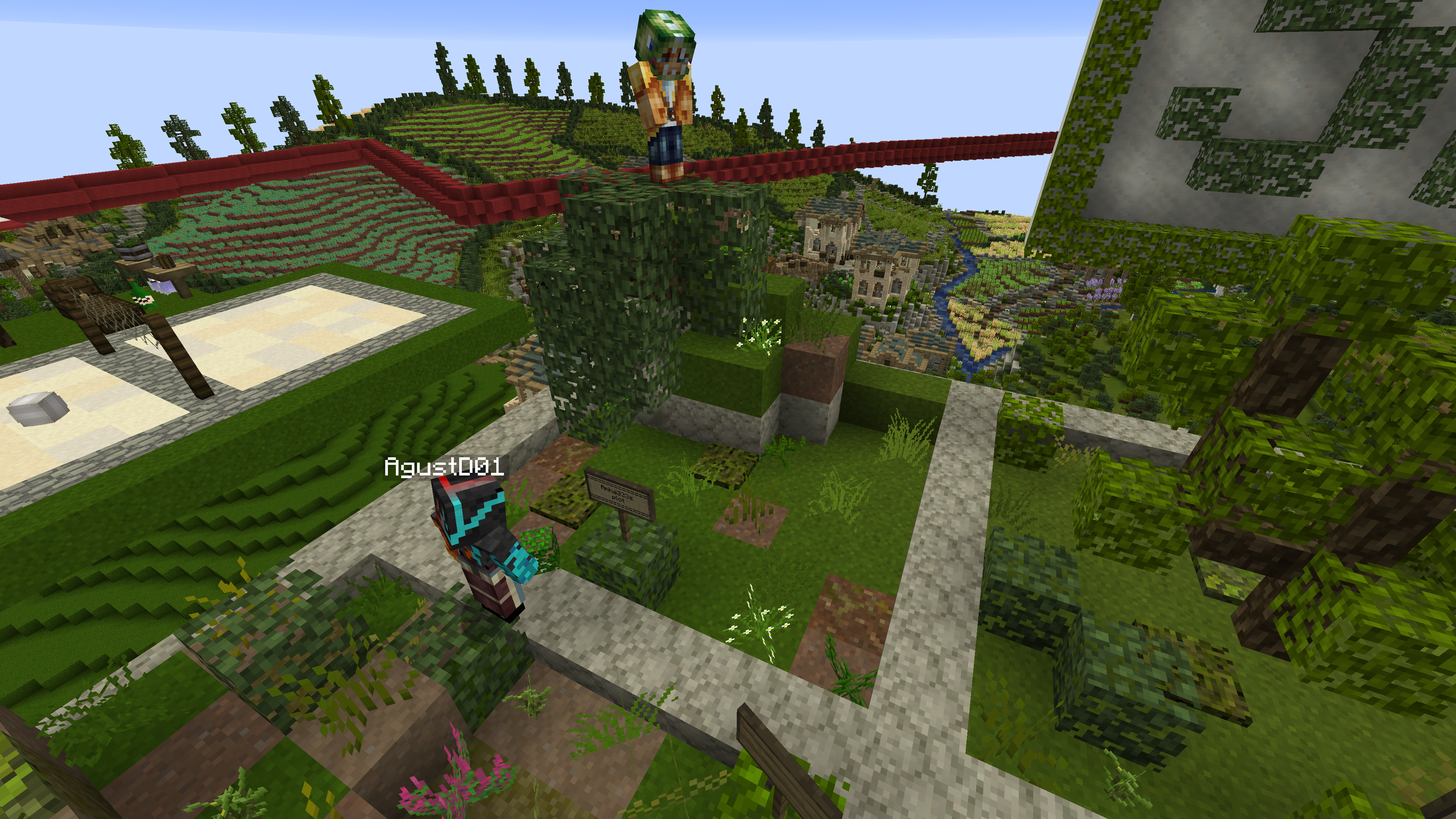 So, we have another update and thats about the interior of the Georgian style apartment. It was my plot in the common room but SpassTv helped me a lot with it and I cant say that I did it alone but I guess I can put it here because it was my project anyways, and also we worked together it wasnt just him and so this is the album: 2020-06-29_16.00.03.png

And I also started to rebuild the whole point hall in common room, again SpassTv helps me a lot with it but I think I can put it here because we are just two and we work together.
For this halls walls I got inspiration from trees and their boughs. 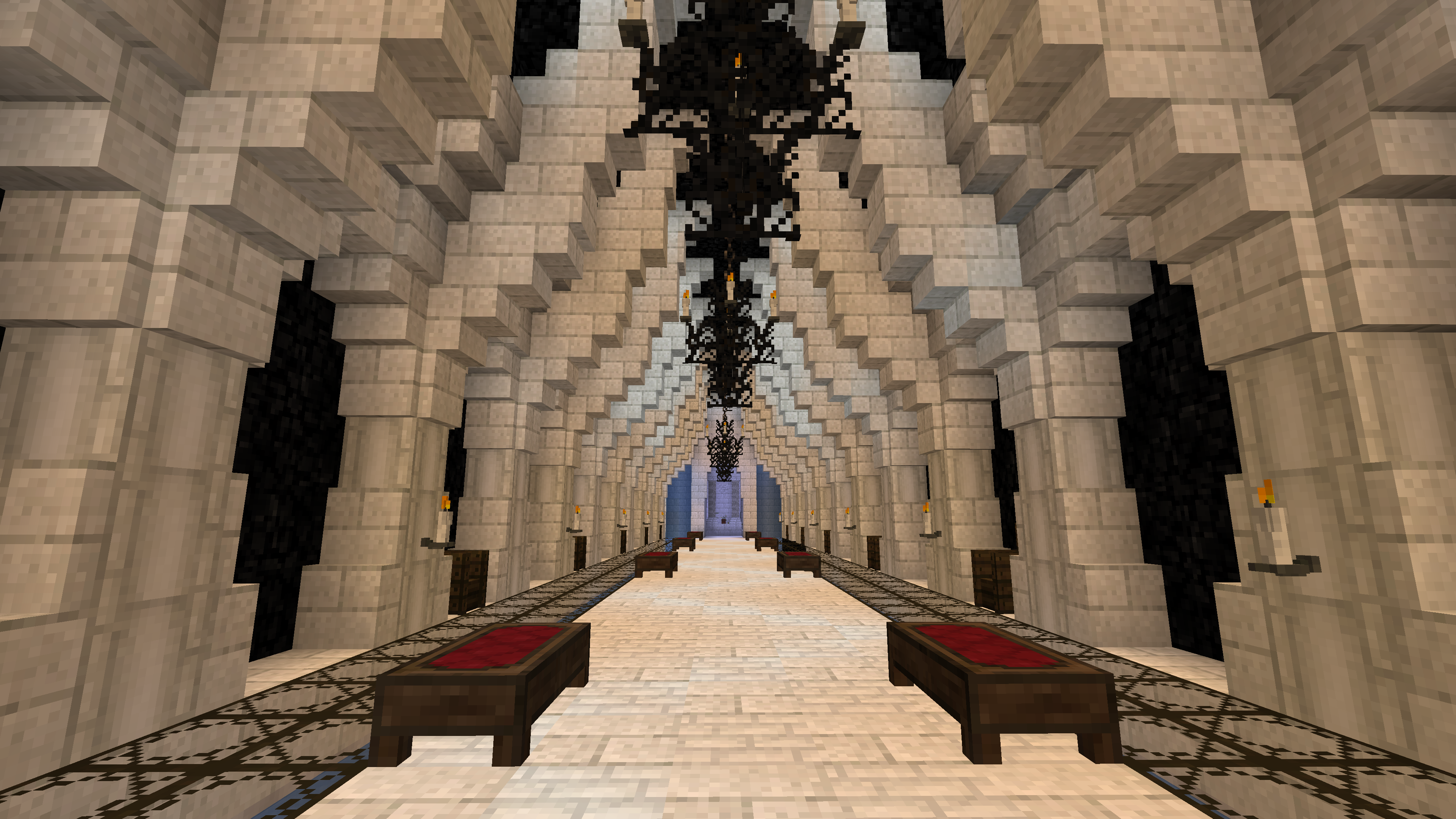 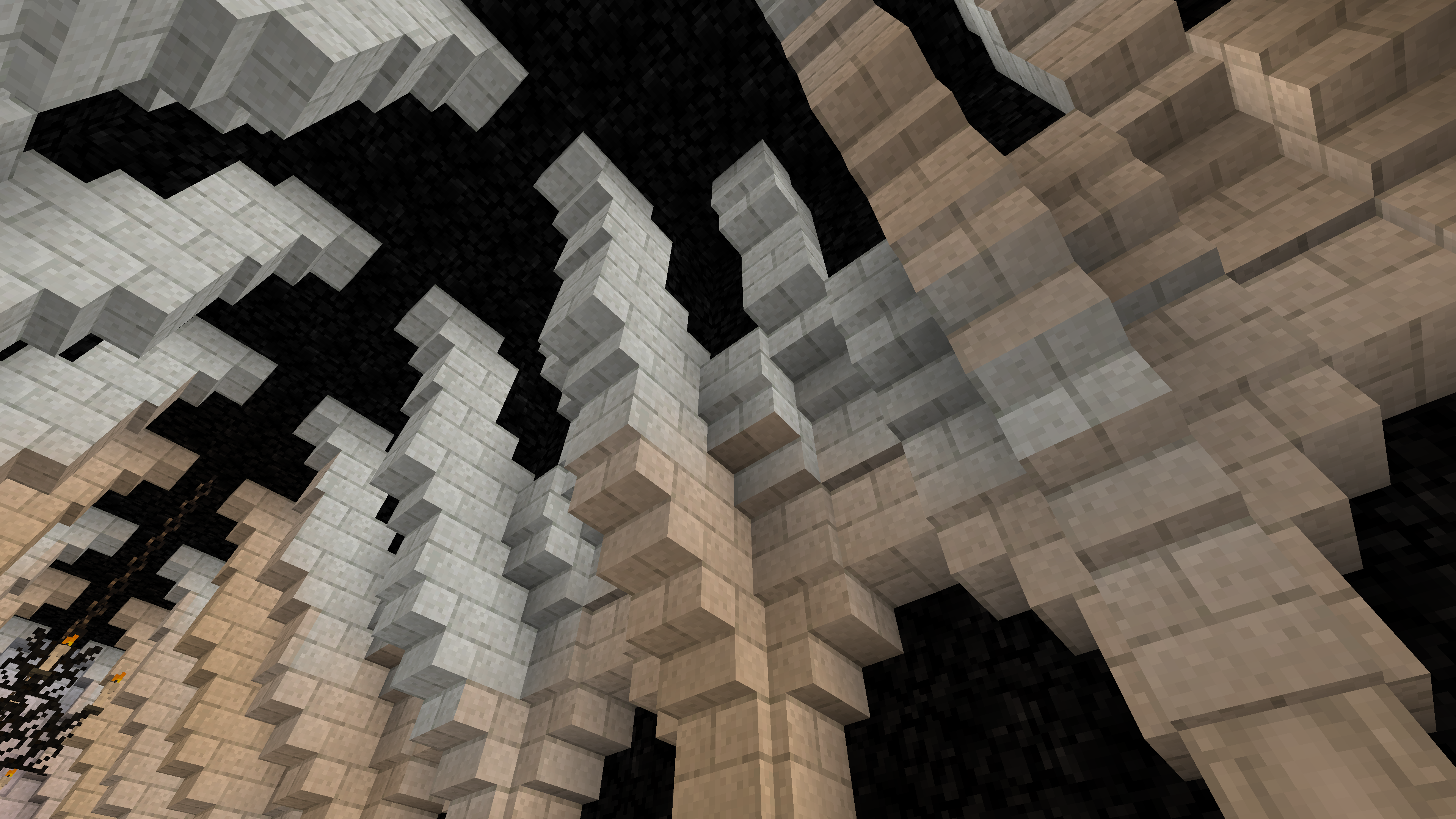 So we have another update and that is a job that I joined with bart and it was called shrubs99. We built some more shrubs in Southern Gondor, as always.

I have another update for you all and that is a job I joined with Xmine and now guess what it was about, it was about shrubs again of course!!! Shrubs became boring even when I joined the first job about it, its just building the same thing again and again, just with a leaf or log in a different position! There are no other jobs though, so I guess I have only one choice and its better than doing nothing!

Well, I have another update and that is not about what Ive done recently but its about what Ive found. I just saw the first plannings for Thorins halls and I feel like I have to help with that place because it was the smaller, lighter and more homelier version of moria and its placement made me very inspired, so this is a place which I add to my interests and I hope I can help with in the future!

Staff member
Head Builder
Moderator
Donor
Media Team
Hey @Amha333 I'd love to see you try some of the basic building styles such as an Anorien house, an Osgiliath ruin or tower and a small Moria hall.

Don't make them too big or anything, but try to get a feel of the styles. I'll be able to give you more feedback after that.

barteldvn said:
Hey @Amha333 I'd love to see you try some of the basic building styles such as an Anorien house, an Osgiliath ruin or tower and a small Moria hall.

Don't make them too big or anything, but try to get a feel of the styles. I'll be able to give you more feedback after that.

Ofc, I just need sometime because I have to do alot of stuff in common room and also I was off for a few months and I just came back and Ive improved a lot since then, with just a bit of time Im gonna finish some of the builds that Ive got in my mind and then Ill put them here!

We have another update which is about a job I joined, its name was Osgowall3 and it was with Bart and as you can guess from its name this was about Osgiliath and not those shrubs in southern Gondor again! YAY!

Two other jobs with the same name of moriaruining3 that I joined in Moria with Bart, and one called xmineterial which was with bart again but as you can see from the name it was for Xmines terial!

So, I joined one job with Bart called Osgo5 and two jobs with Darki called marsh2 and marsh 4. I didnt join job marsh 3 because he just ended the job when it started. I also joined a private job about streams with Ober.
This is the picture of what I mainly did in job Marsh4, I did all of the streams in this picture again or I fixed them, I also added some "islands" and some streams: 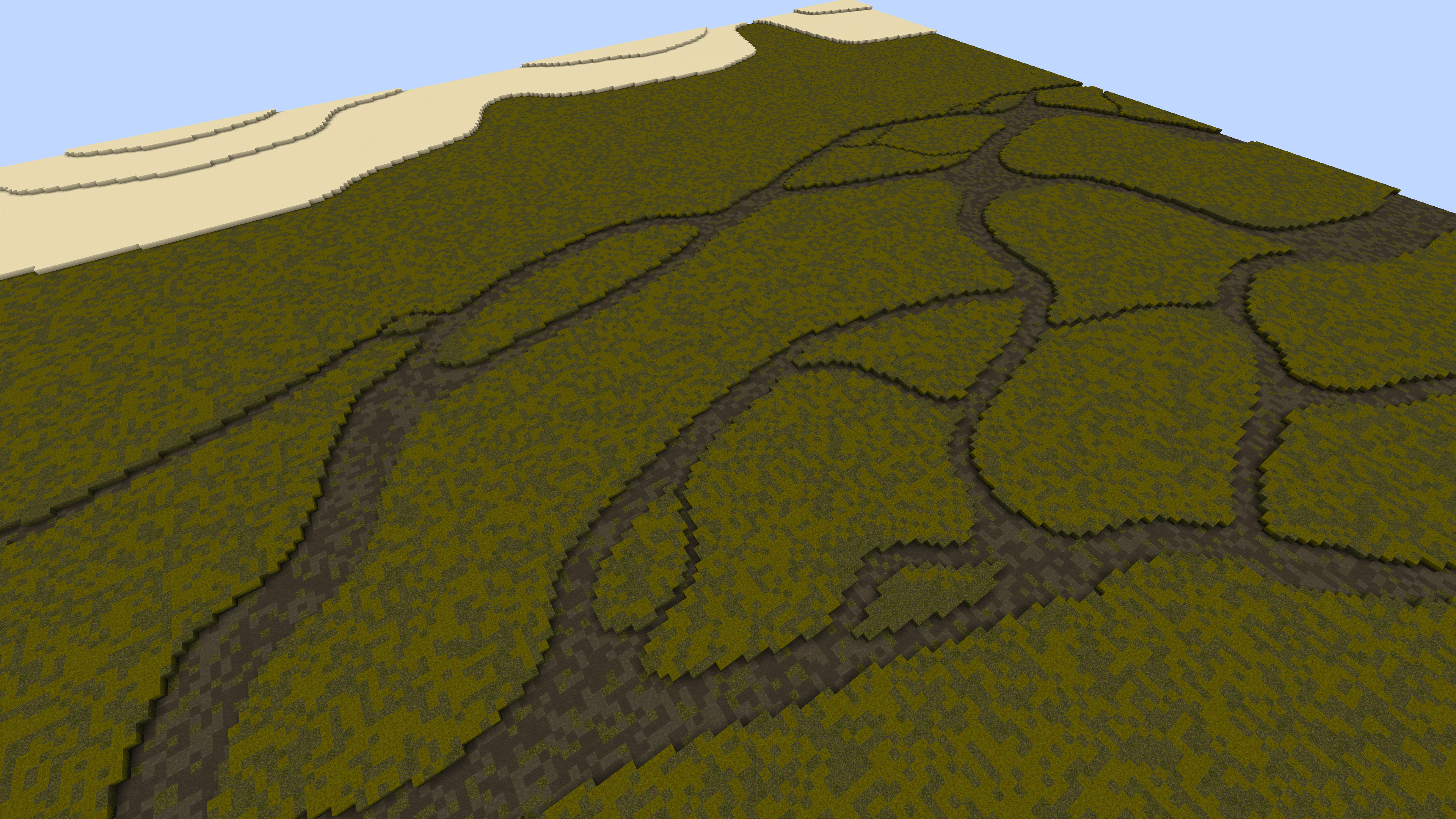 The reason I could do it all by myself is because others went and added streams on blue wools or they went to help and build the beginning and the end of the delta but I stayed at this part the whole time and no one came here, just one person who came and mixed some blocks for a few minutes. I am really proud of this and this was another sign for me that showed me Im better at terrain work than buildings. I would love to hear your feed backs about it!
Last edited: Today at 1:06 PM