This is the first of a new try-out series in which I'll introduce people the newest features that are being introduced in development versions for future Minecraft (snapshots).
Snapshots are released on a weekly basis by Mojang once they feel a major update is ready to be trickled into the community for testing.

1.14 is called the Village and Pillage update and will focus on more interaction with the villages and structures.

In regard to MCME, I will mostly stick to the most interesting features being introduced in the snapshots, while only making mention of the survival components.

I am proud to present to the MCME community:

That's right folks. Wednesday October 10th marks the 8th year MCME has been alive and running. After all this time we have been able to maintain a beautiful recreation of Middle-Earth through the Minecraft platform. Getting this far would not be possible without a large number of things including community, leadership, and a large amount of passion towards a project. For all of these reasons, I want to thank this community and build team personally, for without them I wouldn't have known many good times or friends in these long years.

Fall Festival
But let's talk festivities! Wednesday October 10th also marks the beginning of a month of fun events and community activities put on by the Guide...​
Continue…

!BREAKING NEWS!
New Head Guide and Assistant​
What?!?!
That's right! Our beloved @mandolore100 has officially stepped down from the rank of Head Guide on MCME. Concluding with a tour of his favorite spots on the server and a speech commending the efforts of the Guides under his leadership. Well, I speak for all the Guides when I say that nothing we've done in the past six months would be possible without such a great Head to our team. Thank you very much for being such a benevolent and approachable leader and for being ready to give your time to us when we were in need!

But this begs the question...

Who?!?!
Well if you haven't noticed, my name is now red. So yes, I have now been promoted to the rank of Head Guide...
Continue…

Closing Ceremony - 19th August 7PM CEST
A fantastic event to celebrate all our event winners and this fantastic community. Including speeches, music, and fireworks, this event is not to be missed!

The Portal to a New World - Survival Server - 19th August - 2nd September
One day in the middle of Gondor a mysterious Portal appeared. Walking through that Portal people found themselves in a new world with strange and dangerous creatures. They named them “Creeper”, “Zombie”, “Enderman”...
They also found this world full of resources that were much faster to obtain than in their own world. People of Gondor founded factions and began to claim land.

Survival of the Blockest!
Happy Survival Games. And may the odds be ever in your favor!​

Editor's Note by BWOT
Well what an "eventful" week (Summer Events Pun Am I Right). Closing Ceremony is...
Continue…

~ General Announcements ~​
Become a Donor
Hey guys! As usual, we need donations to keep the server running, so please help out if you can!
https://www.mcmiddleearth.com/donate/community-costs.1/campaign

Good news everyone! Finally the clutter of a million discord channels telling you the same things are gone. Please welcome the #News channel where you will get updates from Staff, Assistants and Guides about events and...
Continue… 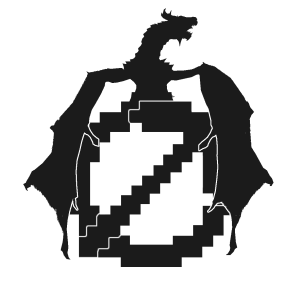 Survival Server​
Gondor - The Portal to a New World​
One day in the middle of Gondor a mysterious Portal appeared. Walking through that Portal people found themself in a new world with strange and dangerous creatures. They named them like “Creeper”, “Zombie”, “Enderman”... They also found this world full of resources that were much faster to obtain than in their own world.

People of Gondor founded factions and began to claim land. Soon the struggle for access to that Portal began…

​
Why have a Rules Committee?

Our Rules and ToS have been in place since the times of whitelist/age limits, with some minor changes since then, and could better reflect our server today. Also over the years it has regularly occurred that people were upset at a ban or other disciplinary actions taken by enforcers. Sometimes the reason for their anger is a disagreement between the way the enforcement team interprets the rules and ToS and the way others in the community do. When this happens there are discussion about whether the enforcers are too strict, or whether the rule that was broken should even exist in the first place.
We feel a way to alleviate these disagreements is through the introduction of a rules committee...

What is the Rules Committee?

Gondor RP merge is now underway. Server RP will behave weird in Gondor until it is done.

Block replacements are now underway in all of Gondor. This process will take a few hours. DON'T BUILD IN GONDOR!!! I'll announce here when the merge is done.

Block replacements by plugin are now done. Gondor RP version 2.4 is now the server RP for all regions of Gondor (except Paths of the Dead). Jobs for manual block replacements and derp checking are now underway. Better don't build new stuff in Gondor until these jobs are mostly done (we might have to undo).
Continue…

It’s Coming Home!
Sadly not England however 1.13 and hopefully our RP merge are!​

Now I’m writing this the day before the final..*.super here so ye sorry about the delayed edition I have sadly been very busy with Irl commitments so it is very late, and BWOT France won!* so congratulations Belgium on 3rd place, Q should be...
Continue…

Hey guys! As usual, we need donations to keep the server running, so please help out if you can!

We have a few promotions about in MCME these days

Foreman Antecedence - Antecedence has been hard at work and has recently found himself with the role of foreman, welcome to the squad! Promotion

~ General Announcements ~ ​
Become a Donor
Hey guys! As usual, we need donations to keep the server running, so please help out if you can!
https://www.mcmiddleearth.com/donate/community-costs.1/campaign

A NEW LINK?
Our beloved q220 has now given us an amazing new command… *drumroll* /link, it links your forums account, discord account, and Ingame account together, so you are the same rank on all three platforms!
Nicely done Q, thanks for fixing all our rank problems haha

A Busy Month Ahead!
With the Summer Here a Lot of Work is Coming Near!

Well I hope you enjoyed that little bit of rhyme in that sub-title, only took me 5 seconds of dedicated hard work. But anyway talking about work, we have a lot approaching, rp merge is going to happen this month which will spur on the completion of Belfalas...
Continue…

Discord will now send direct messages to Discord people whenever someone starts a Conversation on the website!
Continue…

Thank you for all of your patience with us as we worked very hard to fix some admin things and test new ideas, Guide applications review will begin again soon.
-Mandolore100 (Head Guide)
Continue…

Introduction:
Okay before we get into descriptions, who gets the ranks and etc...

This idea was brought into the Valar discussions and passed. Once passed it was talked, debated and had an entire meeting discussion for three hours by staff. It then went back to Valar to be finalized and presented to you. It was leaked in the process and people questioned the representation they get, but we (Valar) assure you: these roles are only to represent non-staff ranks more and connect the community even tighter.
These ranks have the duty of supporting to ensure efficient operation of the MCME Community and to support Admin and Staff through a variety of tasks related to...
Continue…

Note by Raffy? Am I blind? Nope you're not, although you may need medical help to...
Continue…

~ General Announcements ~ ​
Become a Donor
Hey guys! As usual we need donations to keep the server running, so please help out if you can!
Oops! We ran into some problems.

Designer _Luk: I guess Luk’s awesome work as a designer before was missed too much! Congrats Luk and we look forward to seeing your work continue! promotion

Guide RedAnaran_2022: Not another one… Red decided to resign from Guide to focus on real...
Continue…

The Rush! ​
This is the last month of stretch in preparation for usually the productive Summer!


Editor's Note by BWOT
Hello everyone, not so much new these two weeks as it has been a lot of behind the scene...
Continue…

~ General Announcements ~ ​
Become a Donor
Hey guys! As usual we need donations to keep the server running, so please help out if you can!
Donation Drives

Artist Julius_the_Great: Julius is back again after quite a while, we are very glad to see him back on MCME ready to build once again promotion...
Continue…